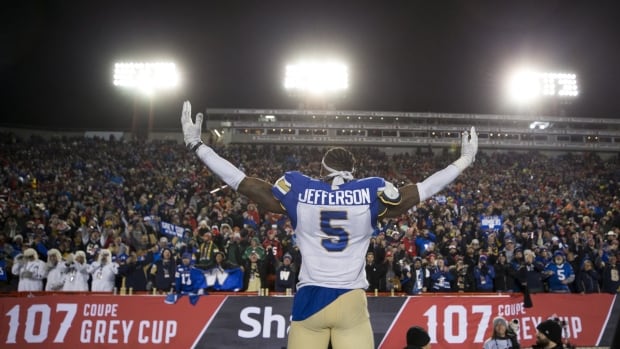 Manitoba is spending $8 million to restart large events, including $2.5 million on a bid to have the CFL play the truncated 2020 season in Winnipeg as a hub city.

“Manitoba is leading in recovery with a safe plan to restart our economy, which is why we are ready to make another important investment that supports the restart of our economy and invite the CFL to safely play its shortened 2020 season in Winnipeg,” Premier Brian Pallister said Monday.

“We are excited to work with Travel Manitoba and key economic stakeholders to develop our RestartMB event attraction strategy that will benefit the entire provincial economy, but in particular, the hardest-hit sectors of tourism and hospitality, namely restaurants and hotels.”

The strategy as a whole aims to support Winnipeg and rural destinations in their bids to host large-scale meetings, conventions and events and to restart the Manitoba economy, Pallister said.

As for the $2.5 million earmarked for CFL games, the money would go toward expenses that include:

Pallister estimates the province’s $2.5 million would result in “substantial economic spinoffs” if Winnipeg were named as the CFL hub city.

A recent economic impact analysis estimates approximately 800 players, team staff and league staff would visit the city, resulting in the equivalent of 55,000 hotel room night stays, Pallister said. That would generate approximately $3.8 million for the provincial economy, he said.

It also estimates $45 million in business sales and $4.5 million in direct tax would be generated.

Should Winnipeg win the full bid to serve as hub city, it would host 60 football games televised across Canada as well the city would also host the 108th Grey Cup game.