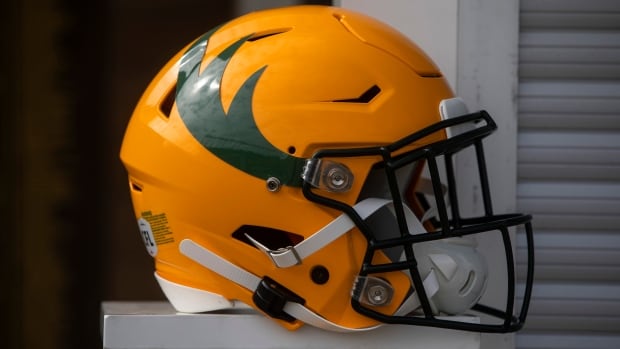 “The past 18 months have been an exceptionally challenging time for our organization, but none more so than for its fans, season seat holders and the community,” the team said in a news release.

The team won only three of its 14 games this season, with none of the wins coming in front of fans at Commonwealth Stadium in Edmonton.

“After considerable discussion and consideration, the board of directors determined that our significant on- and off-field problems require changes at the senior leadership level in order to rectify the shortcomings and rebuild the trust and confidence of the Elks fans and the community,” Ian Murray, chair of the board of directors, said at a news conference Monday.

The board is searching for a new CEO, which it hopes to have in place by the end of January, and general manger to be named before the end of 2021 so the team is prepared for the beginning of free agency in February.

The board has hired long-time CFL player, coach, GM and executive Wally Buono to consult and advise the club in hiring a new general manager, Murray said.

“We are determined to give this community the competitive team long-time loyal fans have been accustomed to throughout this proud franchise’s history,” said Allan Watt, the team’s executive director of marketing, who has been named interim chief operating officer.

‘We have our work cut out for us’

Murray said the club will meet with fans, season seat holders and other stakeholders to rebuild the team on and off the field for the 2022 season.

“We want to learn their experiences … to lead to a quick rebound on and off the field for the 2022 season,” he said.

The analysis will be complete and ready for the new CEO in January, Murray said.

“We know we have our work cut out for us.”

The firing of Presson, Sunderland and Elizondo came less than 24 hours after the Elks held an end-of-season media availability Sunday at Commonwealth Stadium.

At Sunday’s event, Sunderland looked back on a season that had seen coaching changes, COVID-19 outbreaks, players having off years, and many close games that turned into losses.

“It’s been an incredibly difficult season,” he told reporters. “I think we had enough issues and drama and obstacles this year that most times span the length of five years.”