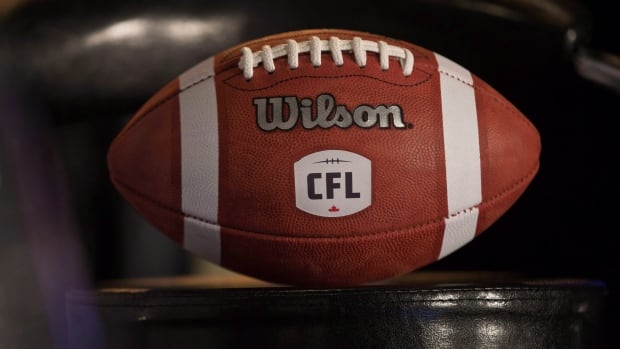 A league source said the league is seeking about $42.5 million in aid. In April, the CFL asked the federal government for up to $150 million in the event of a cancelled 2020 season due to the COVID-19 pandemic.

The source added the request is to cover operating costs and player salaries for a shortened 2020 season and has involved input from the CFL Players’ Association.

The source spoke on the condition of anonymity because neither the government nor CFL have confirmed the request.

Belairdirect, a car and home insurance company and longtime sponsor of the Edmonton Eskimos, says the team’s name, which has been used since the late 19th century, is no longer appropriate. 3:06

“We continue discussions with the federal government including discussions on our possible return to play,” the CFL said in a statement.

The CFL’s initial request of Ottawa consisted of three tiers: It called for $30 million immediately to manage the impact the outbreak has had on league business; additional assistance for an abbreviated regular season; and up to another $120 million in the event of a lost 2020 campaign.

When CFL commissioner Randy Ambrosie spoke to a federal standing committee on finance in May, he was roundly criticized for failing to stipulate where the funds would go and not involving the CFL Players’ Association in the process.

The earliest an abbreviated ’20 season will begin is September but Ambrosie has stated a cancelled campaign also remains possible.

Last month, the CFL and CFLPA began talks at amending the current collective bargaining agreement to allow for an abbreviated season. Prior to negotiations beginning, the league gave the union a memo outlining the conditions it wanted and a completion deadline of July 23.