And for good reason.

The senior from Vancouver made that decision after visiting the memorial to enslaved labourers at the University of Virginia. There, Jana noticed those listed had no last names.

“The last name carries so much, it carries tradition, culture, family,” the kinesiology major said during a videoconference this week. “I feel a lot of pride in my last name and who it represents.

“Thinking of having your last name taken away from you, it just broke my heart. Seeing these names and knowing forever that their own story couldn’t be told, those ties they have were broken, it was hard to look at, hard to think about.

“My thing is when I go out there, no name was a way to pay tribute and homage to them. UVA, the symbol of Virginia [when] you think about it, Thomas Jefferson is the history of UVA. No matter what, who I am, people see who it represents. I represent Thomas Jefferson on [front of Cavaliers jersey]. On the back, I represent those people who’ve been forgotten.”

Jana’s decision carries a lot of weight. The six-foot-one, 200-pound receiver is a team captain and the squad’s second-leading receiver with 22 catches for 243 yards and a touchdown for the Cavaliers (1-3), who face No. 11 Miami (4-1) on Saturday.

Jana had five catches for 55 yards and a TD in Virginia’s 41-23 road loss to top-ranked Clemson on Oct. 3. The following week, he registered nine receptions for 111 yards in a 38-21 defeat to North Carolina State.

But Jana, 20, isn’t the only Canadian receiver excelling in the NCAA ranks. John Metchie III (sophomore with Alabama) and Josh Palmer (senior at Tennessee) as well as Jared Wayne of Peterborough, Ont., (sophomore, Pittsburgh) have all made headlines this season while Ajou Ajou, a six-foot-three, 215-pound native of Brooks, Alta., has garnered playing time as a true freshman with top-ranked Clemson.

And then there’s Chase Claypool, the native of Abbotsford, B.C., who’s enjoying a stellar rookie season with the undefeated Pittsburgh Steelers (5-0).

“It’s definitely cool seeing all the success happening,” Jana said. “It’s something we all strive to be but the respect for Canadian ball hasn’t really been there.

“I think constantly we’re building that resume for Canadian players. The better we do now the bigger the chance is for the players who come after us.” 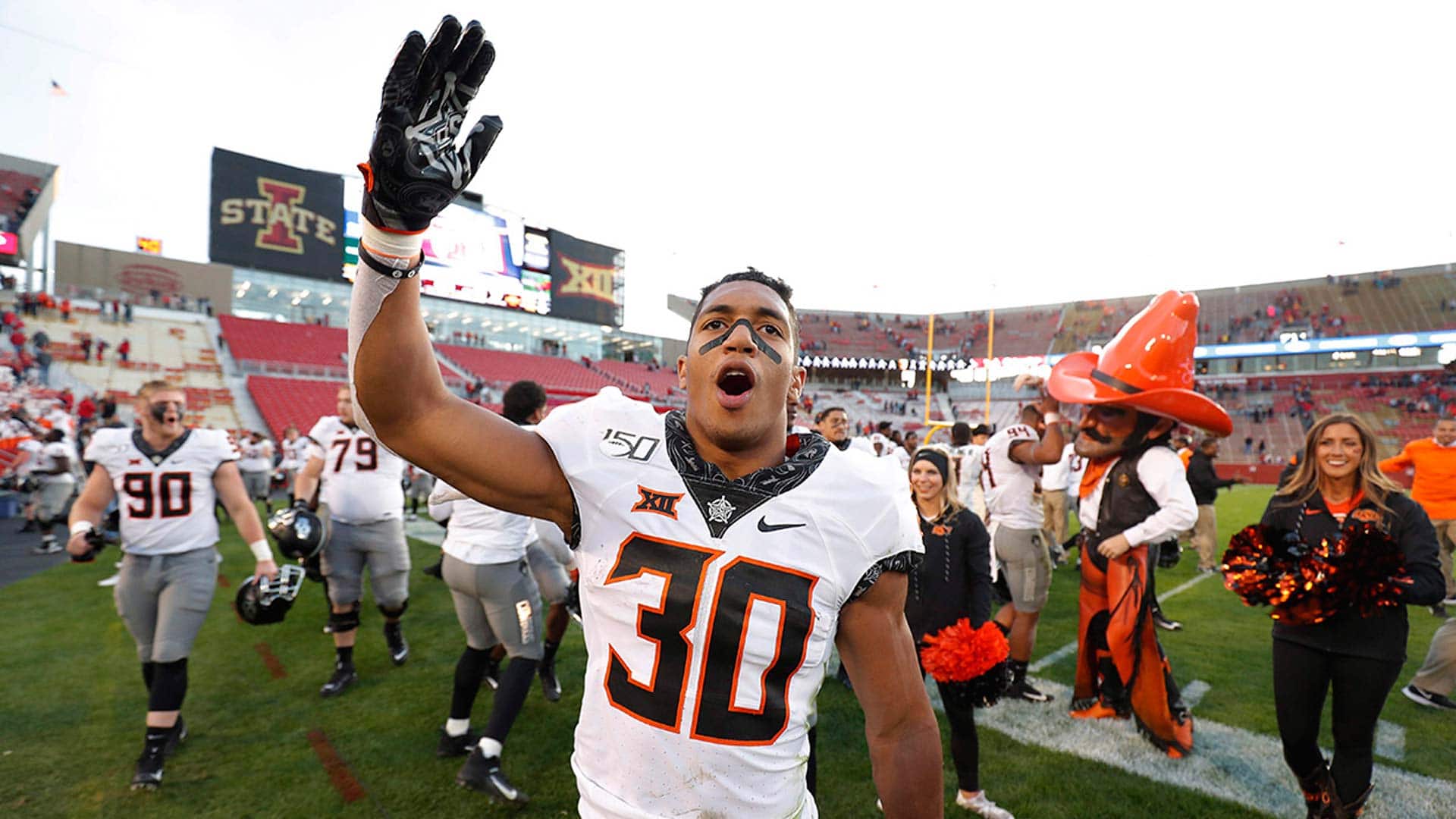 Powered by protest, more Black athletes are speaking out against racism, but using their platform has limits. 1:46

Jana said he and Claypool have a history as basketball teammates growing up in B.C. The two were football opponents in 2019 when Notre Dame downed Virginia 35-20 at South Bend, Ind., and Jana said he sent Claypool a congratulatory text after being drafted by Pittsburgh in this year’s NFL draft.

“I haven’t talked to him since then, I’m sure his phone [gets] blown up every time [Claypool does something in NFL], but I’m definitely supporting him from afar,” Jana said. “Being six-foot-five, almost six foot six, and having his speed and those capabilities . . . [Claypool] is rare when it comes to any athlete, let alone just Canadian athletes.

“But definitely just seeing that the process and ability to go from Canada to the NFL is there. At the end of the day it’s football . . . [regardless] of who’s throwing it or who we’re going against if we can catch the ball we can do that.”

Jana is coming off a 2019 season that saw him make 11 starts and record 74 catches for 886 yards and three TDs. CFL scouts have certainly taken notice as Jana was the top receiver in the league’s fall scouting bureau at No. 3, just ahead of Palmer. 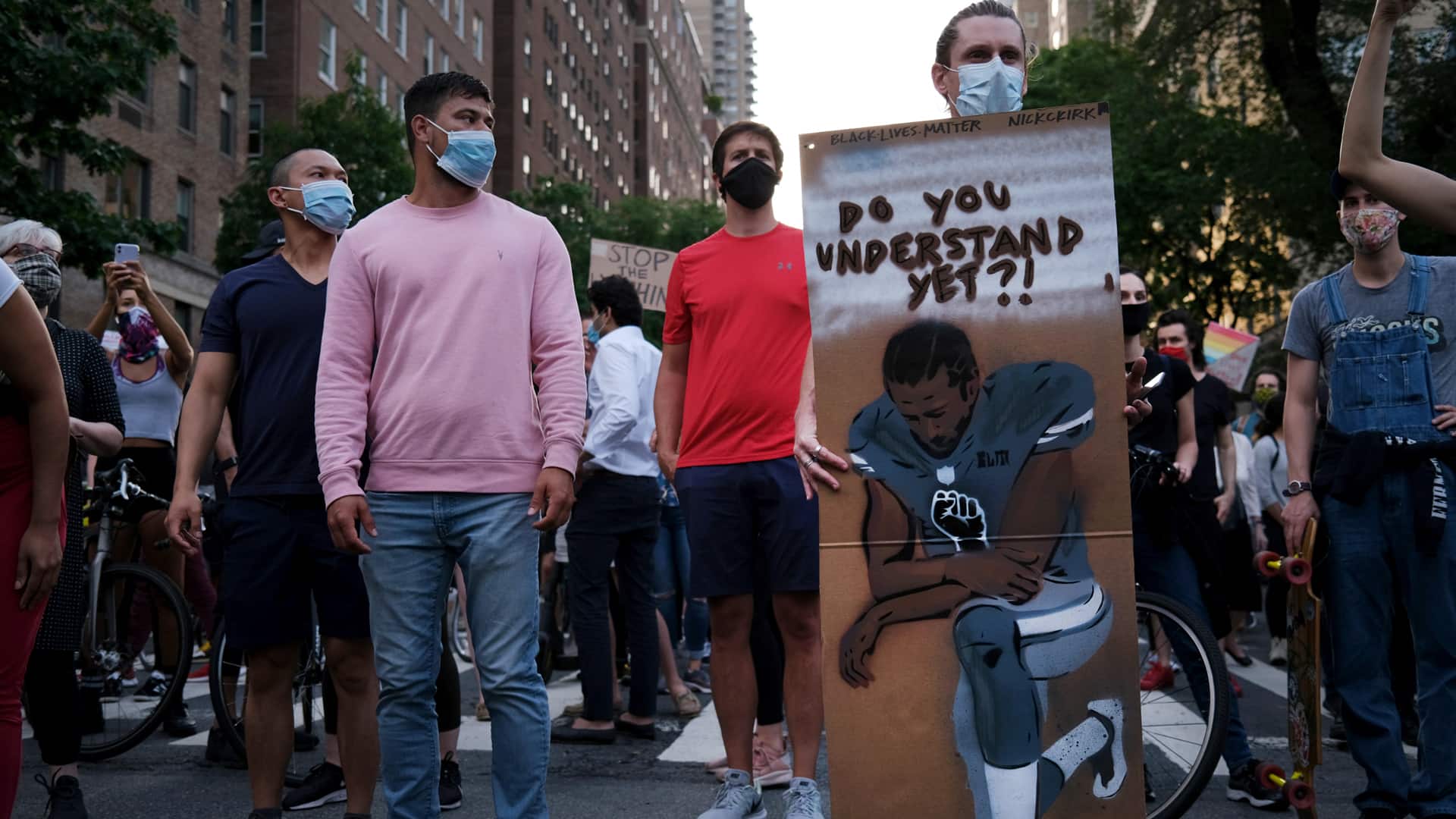 NFL Commissioner Roger Goodell released a video saying the league made a mistake when it didn’t listen to players fighting for racial equality. However, questions remain about whether the league will lift its ban on players taking a knee. 4:38

The CFL scouting bureau lists the top-20 prospects for the league’s annual draft three times each year (fall, winter and spring). Jana is receptive to playing pro football either in the U.S. or Canada next year.

“Professional is always the goal,” he said. “Getting paid actual money to do it would be nice.

“I still want to compete and see how far I can take it. Obviously it would be pretty cool to play back home in B.C., of course, the NFL is always a dream. Playing professionally is kind of the next step that I’m looking forward to.”

However, another option could be remaining at Virginia in 2021. The NCAA has given fall sport student-athletes an additional year of eligibility due to the COVID-19 pandemic.

“I try to separate myself from the whole next-step thing and just try to live in the moment and be with my team right now,” Jana said. “I’ve seen players in the past once that opportunity is there, they kind of check out from the team and that’s something I never want to do, especially being a captain.

“When it comes to next year, it all depends on how the season goes and how everything kind of turns out. If I do end up wanting to come back, then it’s good the opportunity is there.”