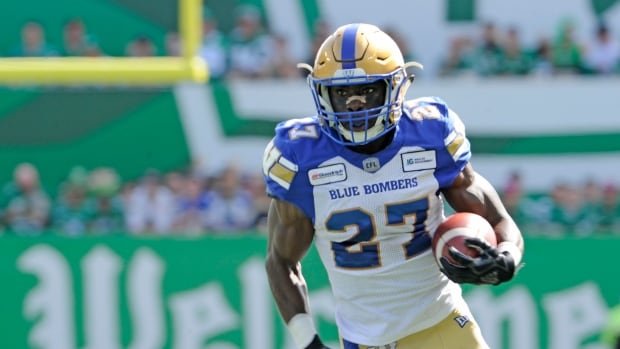 The five-foot-nine, 199-pound Augustine was scheduled to become a CFL free agent Tuesday.

Augustine has spent the last three seasons with Winnipeg, rushing for 578 yards on 85 carries (6.8-yard average) with a TD in 39 career CFL regular-season games. He has also recorded nine receptions for 92 yards and a touchdown.