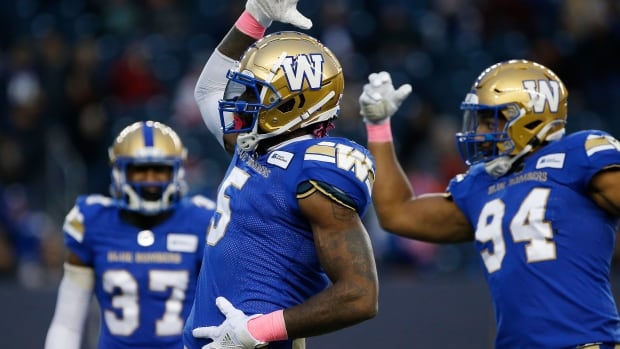 The defensive anchors were a big part of Winnipeg’s back-to-back Grey Cup championships in 2019 and 2021. The 2020 CFL season was called off due to the COVID-19 pandemic.

Jefferson also won a Grey Cup title in 2015 with Edmonton.

In two seasons with the Bombers, Jefferson has 19 sacks, three interceptions and nine forced fumbles in 32 games. He was named the CFL’s outstanding player in 2019 when he set a league record for defensive linemen with 16 pass knockdowns.

Jefferson was named a CFL all-star for the fourth time in 2021 after recording seven sacks, 18 tackles, two interceptions — including one for a touchdown — and three forced fumbles.

He began his CFL career with Edmonton in 2014. He signed with Saskatchewan in 2016, and spent three seasons in Regina before joining the Blue Bombers.