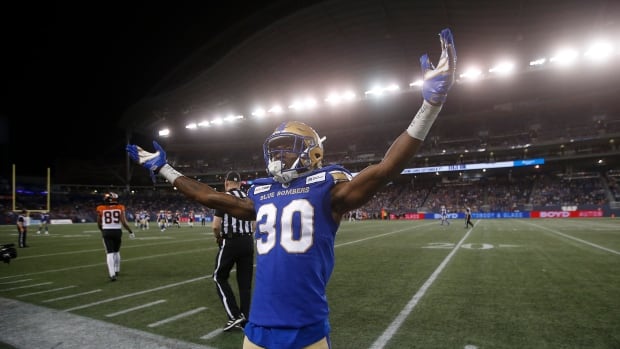 Rose was scheduled to become a free agent next Tuesday.

The six-foot, 171-pound Rose returns for a third season with Winnipeg and fourth in the CFL.

Rose appeared in three regular-season games with Winnipeg in 2021 as well as its two playoff games as the Bombers captured a second straight Grey Cup title.

Rose was a CFL all-star in 2019 after registering a league-high nine interceptions. After helping Winnipeg win the Grey Cup that year, Rose signed with the NFL’s Cincinnati Bengals.

Rose spent most of the 2020 season on Cincinnati’s practice roster but did appear in two regular-season games. He was released Sept. 6, 2021.

Rose has appeared in 43 career CFL regular-season games with Ottawa, B.C. and Winnipeg. He has accumulated 116 tackles and 14 interceptions.