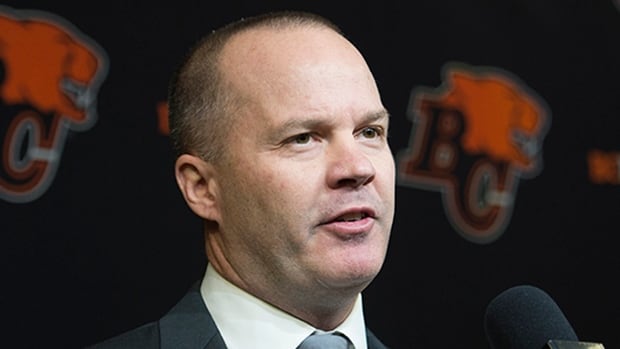 They take over from Ed Hervey, who stepped down from the post in October.

Campbell was named Lions head coach in December 2019 after six seasons with the Ottawa Redblacks. But there was no 2020 CFL season after the league cancelled plans for an abbreviated campaign in August due to the COVID-19 pandemic.

Campbell was named the CFL’s top coach in 2015 and the following year led Ottawa to a Grey Cup title.

Campbell and McEvoy will work together in player evaluation, contracts and logistics as B.C. prepares to resume play in 2021.

“I’m excited to be moving forward with Neil and our entire staff,” Campbell said in a statement. “My first year in British Columbia may not have involved any games, but it’s been great to be in town working with football ops and our business staff.

‘This is a dream job for me’

“We have very passionate people here. As far as our roster goes, we have some great pieces in place and these next few months will be key as we look to add more key guys that will help us contend in 2021 and beyond.”

McEvoy has served as B.C.’s director of football operations since 2014 and 2021 will mark his 26th year with the organization.

“This is a dream job for me,” said McEvoy. “I have been fortunate to learn from some of the best in the business from Adam Rita, Bobby Ackles and Wally Buono.

“More recently, coach Campbell and I have spent a lot of time during this crazy year planning and building for a run at the Grey Cup in 2021 and I’m honoured for the chance to continue doing that for this organization.”

Last month, Ryan Rigmaiden was named director of U.S. scouting. Bob Ralph (director of Canadian scouting) and Geroy Simon (director of global scouting and U.S. regional scout in charge of evaluating the top international prospects for the global draft) will both return and work closely with Rigmaiden.