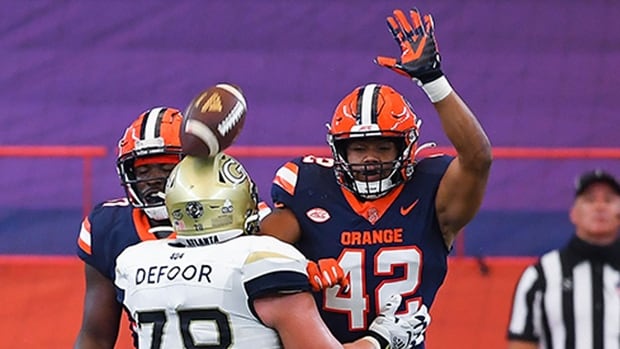 Danny Maciocia has been busy leading up to the 2022 CFL draft.

The Montreal Alouettes GM secured the first overall pick in the draft, slated for Tuesday night, from Edmonton. The Elks get the rights to Canadian offensive lineman Carter O’Donnell, a native of Red Deer, Alta,, currently with the NFL’s Indianapolis Colts, and the fourth overall selection.

The source spoke on the condition of anonymity as neither the teams nor the CFL immediately confirmed the trade.

Earlier Tuesday, Montreal got the ninth and 18th selections in the draft from the Winnipeg Blue Bombers for Canadian defensive tackle Cameron Lawson and the 13th pick in the draft.

Lawson played collegiately at Queen’s University, registering 74 tackles (19.5 for loss) and 11 sacks. He was an All-Canadian in 2019 and the OUA’s top lineman.