It says something about where the Winnipeg Blue Bombers are as a franchise that even their victories can be slipped under the microscope and analyzed for every potential flaw. That’s certainly been the case since last Friday’s 20-7 win over the Toronto Argonauts, a decision that improved the club to 2-0 in the early stages of its 2019 Grey Cup title defence.

The Bombers began the narrative themselves in the immediate aftermath of the victory over the Argos, suggesting that there was work to do and – as head coach Mike O’Shea said in his post-game press conference – ‘I’m sure there are not a lot of us that are very happy.’

Perhaps it was that honest self-assessment from O’Shea & Co. that opened the door on Tuesday when the club returned to practice for some poking and prodding by the media. The questions came on everything from the Bombers’ ineffective ground game – just 53 yards on 18 carries – to the fact the defence surrendered over 100 yards rushing for the first time since the end of 2018.

“Winning and being able to make some tough corrections and watch some film that you’re not pleased with, with two points in the bank is better than the other way around, that’s for sure,” O’Shea said after practice Tuesday. “I mean, it’s always been that way – you’ll take the ‘W’, whatever it looks like, and fix it from there. 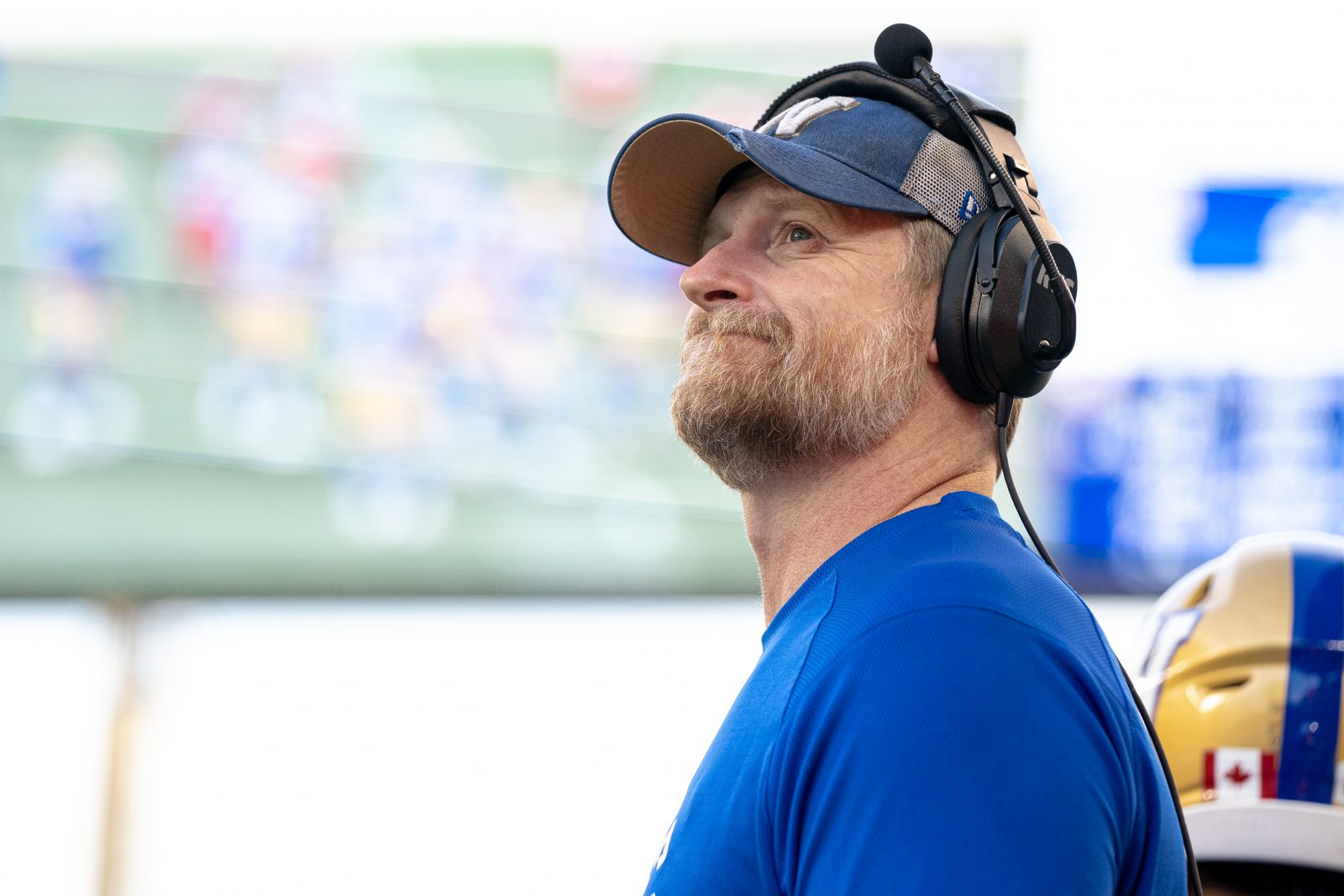 Worth noting in all this – perhaps as a bit of a counter-argument – is the Bombers have surrendered just 13 points in two games and managed 292 yards through the air last Friday, which represented the highest total in eight games dating back to the 304 yards passing accumulated in a loss to the Hamilton Tiger-Cats in late September of 2019.

Yet there was right tackle Jermarcus Hardrick on Tuesday being asked if the low rushing total suggested the Bombers were ‘out-physicalled’ against the Argos, especially after dominating the line of scrimmage in the Week 1 win over Hamilton.

“That’s your guys’ job. I don’t know. I know my job was to go in there and get to 1-0 (for the week) and we got to 1-0,” he said. “Obviously we want to run the ball better, but I don’t think guys’ heads are down because we didn’t hit a high number. There are things we’ve got to work on, but we got the win and I’m still here as a Bomber. I’m happy, man.”

The Bombers have been without both Andrew Harris and Darvin Adams on offence through the first two weeks, and started three new-to-the-CFL defensive backs in their secondary against the Argos. Yet, again, they are 2-0 and have surrendered an average of just 6.5 points per game.

“They had to learn fast,” said veteran defensive back Nick Taylor of the new faces in the air defence. “The CFL game is not one where you just throw people in there. There’s a lot of different tricks and nuances to how the formations are going and they have to figure that all out on the go and they’ve been doing a great, great job at coming in and learning and picking up the pieces as we go.

“We really have no time to wait and so they’ve been picking it up on the go and doing a great job of all that.”