The Canadian Football League has chosen Winnipeg as the hub city if an abridged 2020 season and Grey Cup are to be held this fall.

And, yes, there are a number of important hurdles to be cleared before this can become reality, not the least of which is significant financial support from the federal government, the CFL Players’ Association signing off on both the hub city plans and a new collective bargaining agreement for the 2021 season AND approval from public health authorities.

But as first steps go, the league made official Tuesday the choice of Winnipeg as the hub city following bids from Saskatchewan and Calgary and one day after Manitoba Premier Brian Pallister pledged $2.5 million to the plan.

“It’s great we were able to secure this large-scale event for our city and for the restaurant and hospitality industry,” said Bombers President & CEO Wade Miller. “It will have a large economic impact on our province and our city which I believe we all need right now.

“Obviously for this to work we need to work out an agreement with our players and work with the federal government. We have very tight timelines to get things done.”

The plan would see 30 games played at IG Field – a six-game schedule for all nine teams – plus the playoffs and the Grey Cup. The amenities in and around the stadium including practice facilities and hotels that would make up the ‘bubble’ were part of what made the Winnipeg bid attractive.

“All those things matter, but what really matters is the great job our province has done in keeping COVID at bay,” said Miller. “We want to make sure we do this in a very safe manner for the players and everyone involved and also for our community. We will. We’re working with the public health authorities and our medical community.” 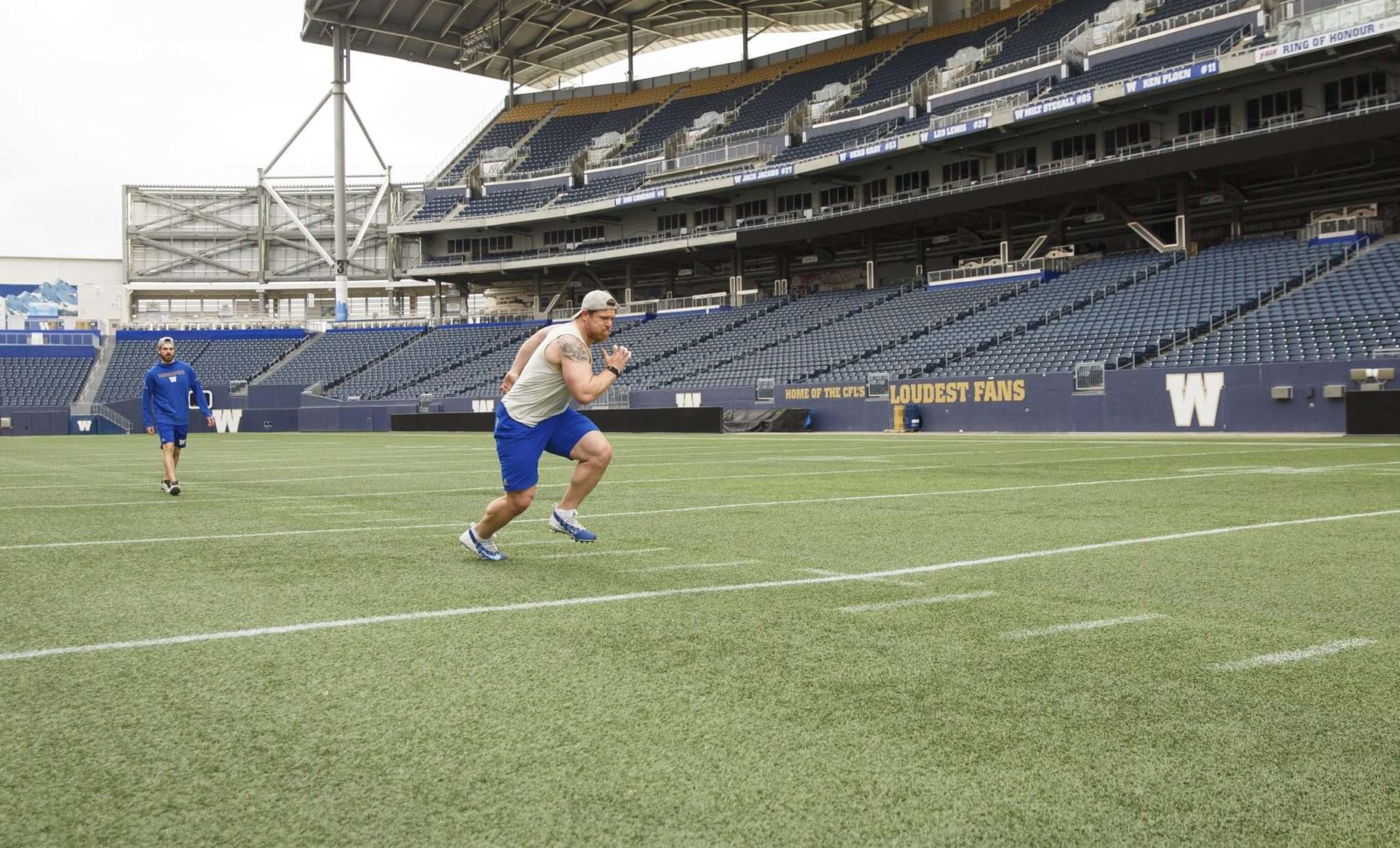 Miller also provided some further detail on the testing for players before and after they get into the bubble in Winnipeg: players will be self-isolating for 14 days and then be tested in their home cities before they come to Manitoba and then be tested again upon arrival, at Day 6 and Day 13.

He also stressed the players, coaching staffs, CFL personnel and referees will all be in a bubble inside ‘multiple hotels’ in the city.

“It means the hotels are exclusive for the coaches, players and staff,” Miller explained. “They will go to the practice fields and IG Field and those will be the only places they go, with very limited interaction with anybody outside of that bubble.

“If we do go outside, for example to a restaurants, those venues would be shut down as they would be for a private event.”

All nine teams will be asked to go into the bubble, including the Blue Bombers and players who live here during the offseason like Andrew Harris, Nic Demski, Brady Oliveira, Adam Bighill, Geoff Gray, Thomas Miles and John Rush.

No family members would be allowed inside the bubble.

“That will be a big sacrifice everybody is going to have to make,” said Miller. “(Having family members inside the bubble) just won’t be possible in this scenario.”

Miller added the CFL and the football club would work to make sure all the amenities are equal for the eight other teams coming to Winnipeg.