Nick Taylor has been overlooked, unappreciated and, yes, also cut before by other teams in the Canadian Football League.

All of this has given him both a deep understanding of how this cut-throat business works and also to appreciate a good set-up when he sees one. And Taylor, who has put his name on a one-year contract extension with the Winnipeg Blue Bombers, knows he has a good thing going with the two-time Grey Cup champions.

“My heart was definitely set on being back in Winnipeg, but I also understand the business side of things after being in this league for a while now,” Taylor told bluebombers.com from his offseason base in Washington, D.C. “I was listening to what might be out there (in free agency) but in my heart of hearts I wanted to be back in Winnipeg.

“Even if it is a little bit less money – obviously everyone wants to get paid the maximum they can – but there’s something about comfort that overrides other things.”

Taylor said contract talks with the club really cranked up just over a week ago, with the two sides coming to an agreement after working out some ‘minor details.’ A veteran of 51 regular season games with Winnipeg, Edmonton and Ottawa, Taylor joined the Bombers in August of 2019 and played a critical role in the club’s Grey Cup run that fall as part of a secondary that was made over during the latter part of the season. 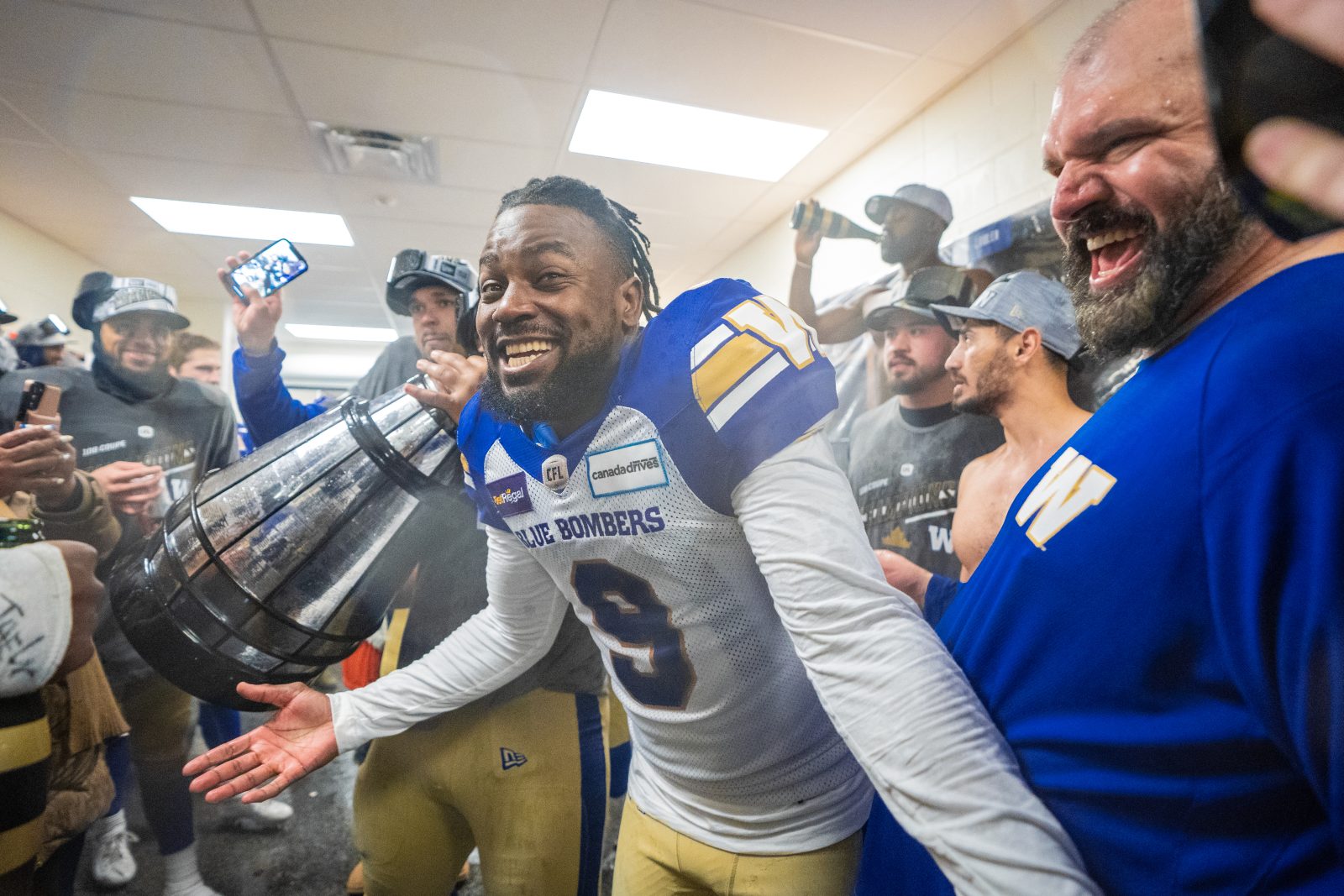 He started all 12 of the games he played for the club in 2021 and was a key part of the team’s dominant defence, finishing with 31 tackles, four pass knockdowns and one tackle for a loss. His play was especially solid in the playoffs, when he provided excellent coverage and made a critical pass knock-down in the Western Final win over Saskatchewan.

What makes the 33-year-old Hollywood, FL product so valuable is his versatility and his veteran leadership – an aspect that can often be overlooked in this league.

“I don’t think a lot of people understand how tough it is to guard in the Canadian league,” said Taylor. “A lot of teams just go grab other players or younger players that don’t yet understand the game and then try to teach them all the little things. It took me a while to understand that.

“When I first got into the league I was just playing on pure athleticism. I was a 4.2 (in the 40) guy just out there running around. Now that I understand the game more it’s become easier, and I can help out other players.

“I can play a lot of different positions. I don’t think I get the respect I deserve from being able to play every position and now playing one of the hardest positions in the CFL at strong half where you have to guard all the route trees and motions and Waggles. It’s valuable having DBs that know the game and are able to move around.” 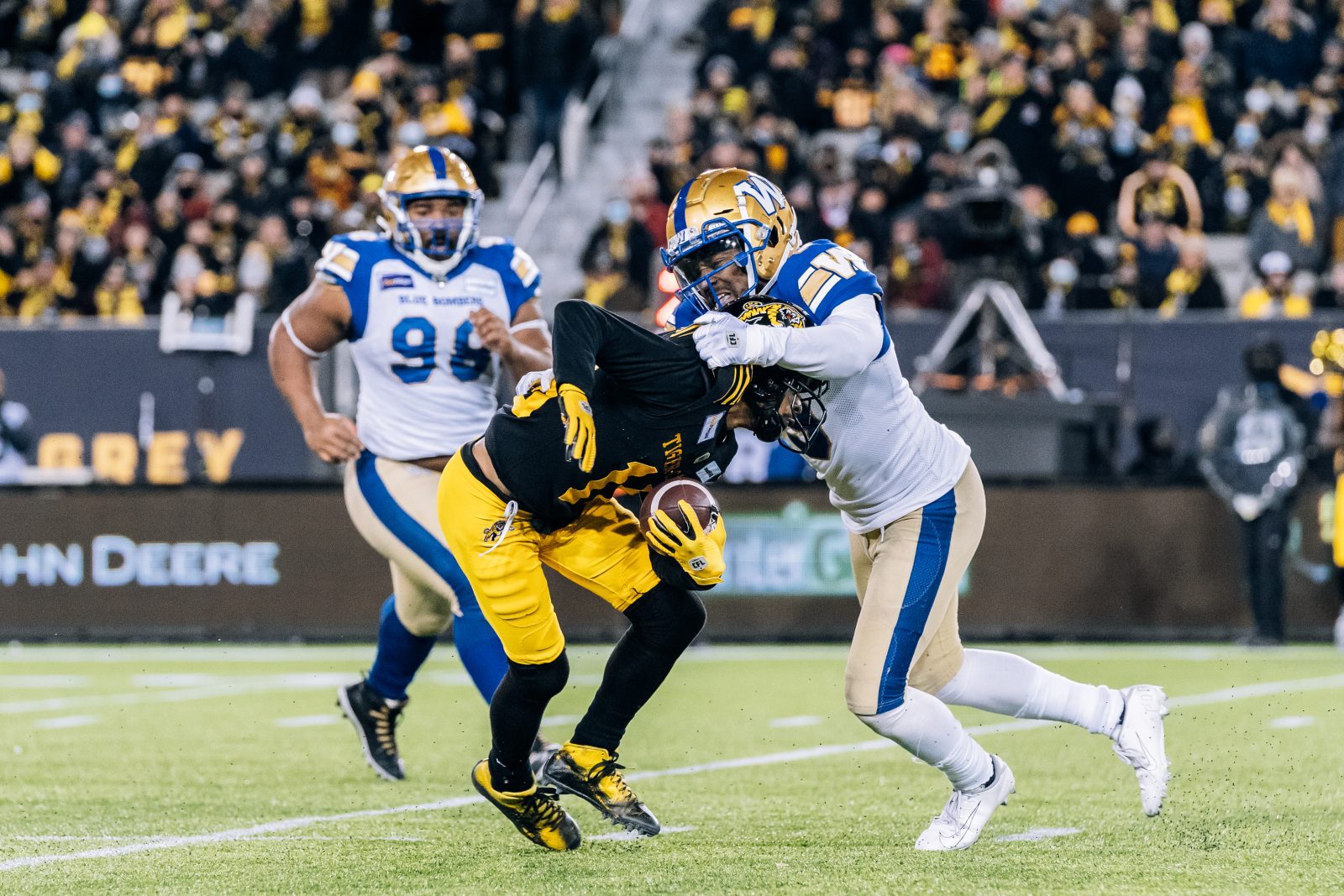 Rewind to December 12th and as the Blue Bombers celebrated their overtime victory over Hamilton in the 108th Grey Cup Taylor spoke about how playing in Winnipeg changed his whole perspective of the game. He credits his position coach Jordan Younger as well as former defensive back Antony Gaitor for helping him understand the game and the hours upon hours of work needed to be done to be successful.

“Earlier in my career I don’t think I was putting in the maximum effort I should have been, as I look back it now,” Taylor said. “I came to Winnipeg, and they just do things the right way – they teach you things, they show you things and then JY (Younger) played and he knows all the tricks to playing the position. Then there’s a guy like B.A. (Brandon Alexander) who is putting in all those hours in the film room.

“Those are things I didn’t do before I came to this organization. And then you come here, and you see all these players working and grinding and it really changed my whole outlook on football and how to learn and study the game not just during the week, but in the whole offseason.”

The Taylor signing, coupled with that of running back Brady Oliveira, leaves the club with 17 pending free agents heading into training camp. But in the often-transient world that is the CFL, 24 other Blue Bombers have also re-signed since January. 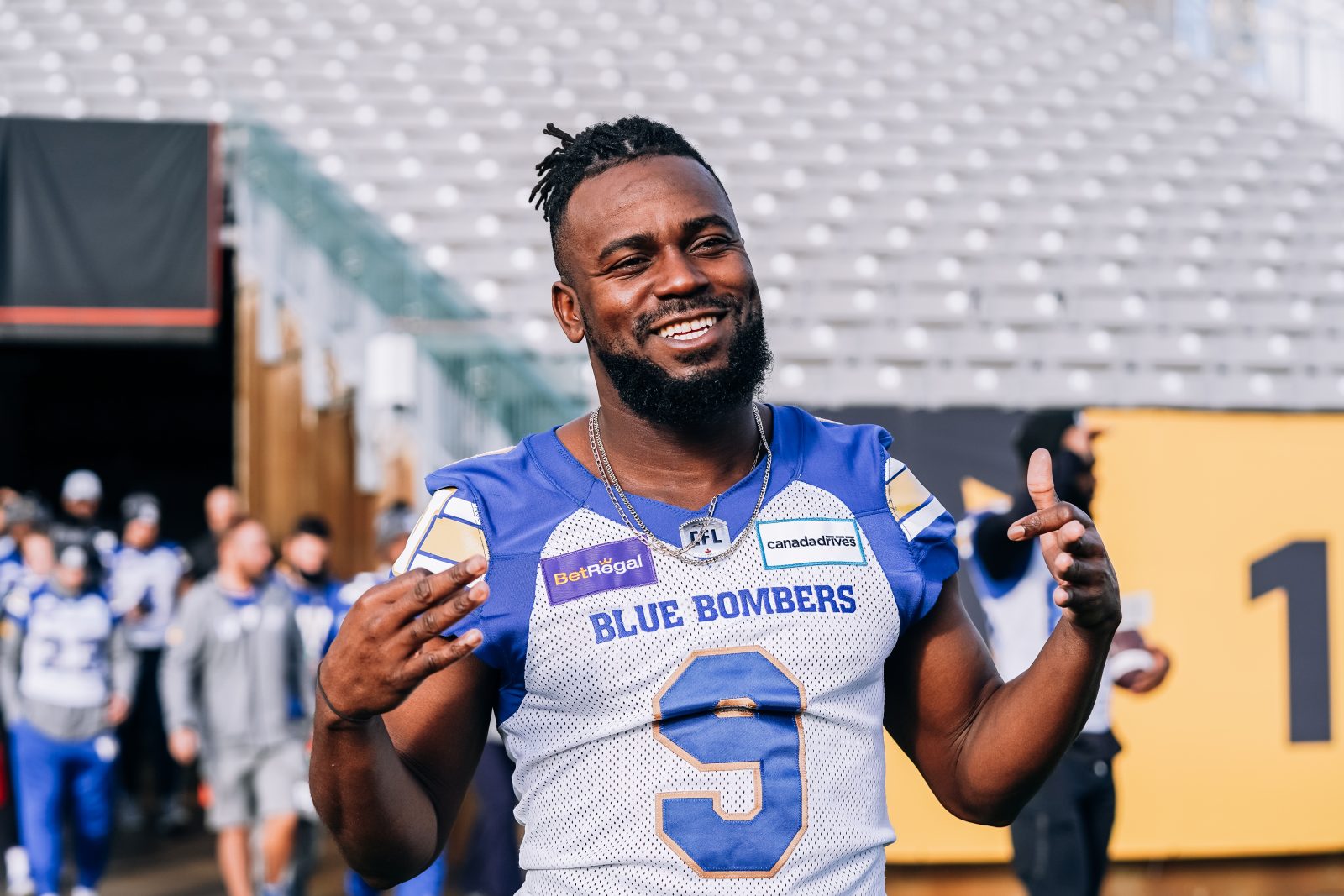 “It’ll be fun going back to work with these guys and knowing how they get after it and go chase another championship,” said Taylor. “There’s a love for each other with this team.

“It’s about having the ‘right’ guys. They really do pick the right guys. I’ve been on other teams where you look at certain players and you know that he’s a ‘me’ guy, all he worries about is ‘me’ and he’s not worrying about the team. When you come to Winnipeg it really is team first. At the end of the day, you have to look after yourself, but you have to put the team first from the top down. You see it in the guys every day and it’s an atmosphere you want to be around.

“I’m very excited for May and just to walk into the locker room and see those guys again. We know what we have ahead of us and how much harder it will be to win it again. But just getting back with those guys and working hard again, I’m just really excited for that.”