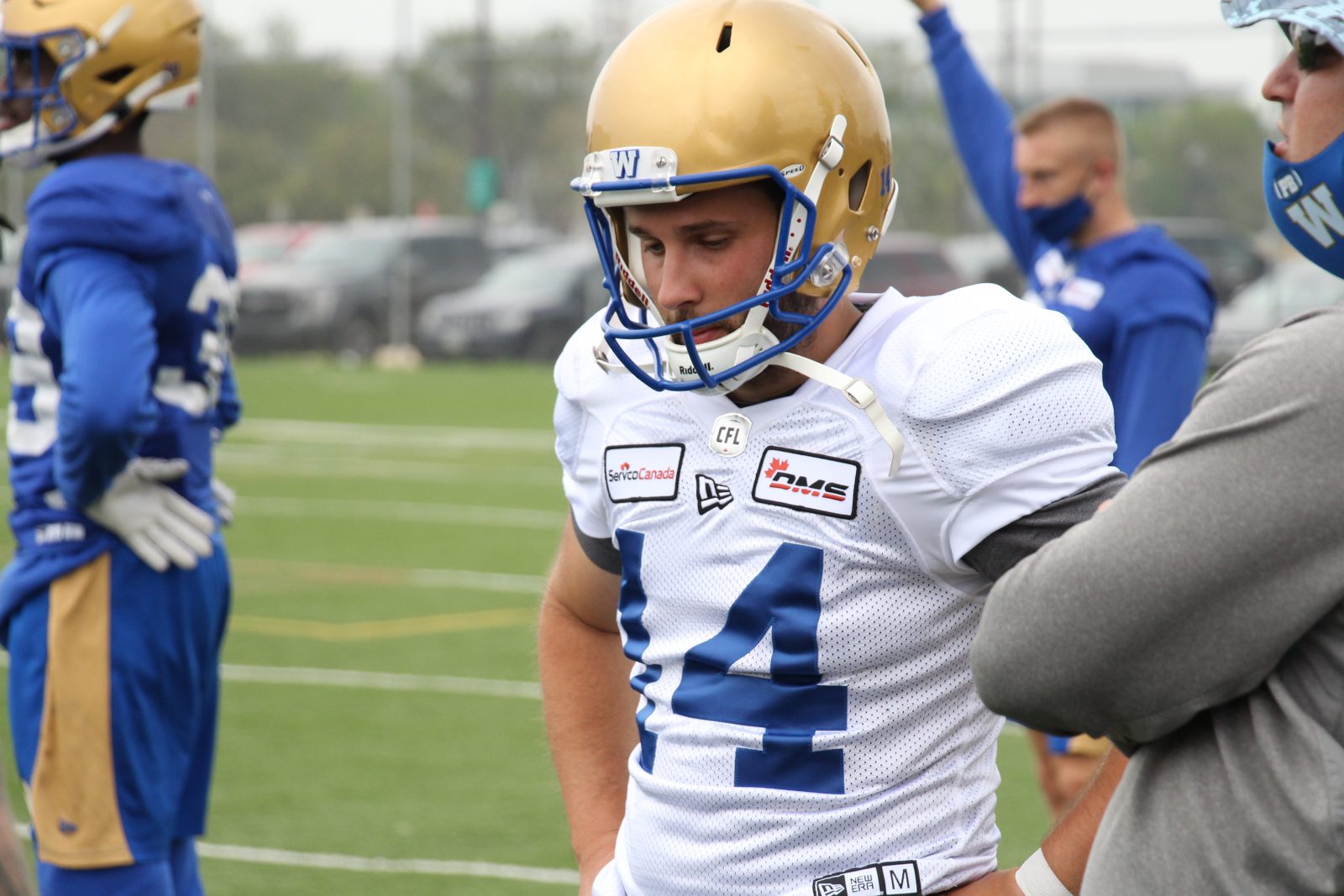 Over the years, Tyler Crapigna has learned not to over-complicate things. His gig requires him to kick a football between two uprights 18’6″ apart and 10 feet off the ground. Everything else, quite frankly, is just noise.

Earlier this week – not long after driving back to Nepean, Ont. following his release from the Montreal Alouettes – his phone rang while he was filling his car up at a gas station. And the next morning he was on a flight to Winnipeg to join the Blue Bombers.

“There was really no time to think about what was going on next,” said Crapigna in a Zoom call with media on Thursday. “I just knew that I talked to my agent and this was an opportunity that arose and I just felt like what better place to be than in Winnipeg with the defending Grey Cup champs and hopefully going back to back. I just want to be a part of a winning team and this was a situation I thought was going to be a great one for me.

“It’s pretty much like everything else in kicking – you’ve just got to keep a level head and realize, OK, this opportunity didn’t work out here, but another one comes up. My past and my history in this league speaks for itself and I’m able to come here and replicate what I’ve done in the past and that’s all that matters.”

There was a quiet confidence – a been-here/done-that tone – during most of Crapigna’s chat. He’s seen some things, after all, during his time in the Canadian Football League, from being drafted by Calgary, traded to Saskatchewan, losing a year to an injury, signing with Toronto, being traded to Montreal, seeing a season cancelled and being cut adrift before landing here in Winnipeg.

That’s a ton of appearances on the CFL transaction wire squeezed into a six-year span. And it’s not that those ups and downs drain a guy’s spirit, but they can harden his approach. Take, for example, what unfolded for Crapigna in Saskatchewan – he went 76-88 (86.4 percent) over 37 games there, was named the Riders’ Most Outstanding Canadian and Special Teams Player in 2016, but after missing 2018 with an injury, he was replaced by Brett Lauther.

“That’s professional sports, right?” he said. “I was in a great position there, I was kicking well and unfortunately something happened to me injury-wise that you just can’t control and you’ve just got to bounce back from it. I was off for one year, I came back in Toronto and now I’m back in the mix again in the league so that’s all I can ask for.”

Crapigna hasn’t punted since his days at McMaster and was up against five other kickers in Montreal’s camp, including former Blue Bombers 2017 draft pick Felix Brière. His push here in Winnipeg would be for the club to split the kicking chores, with him handling field goals and kickoffs and rookie Marc Liegghio doing the punting, a possibility head coach Mike O’Shea did not rule out on Thursday.

“I think we would be a great tandem, two young Canadian kickers,” Crapigna said. “If that’s the route they want to take then I’m happy to be a part of it. At the end of the day I’m not really sure what their plans are. I’m just here to come in and obviously make my kicks and let the rest unfold as it may. That’s the story of training camp year in, year out.

“… I’m just going to focus on what I can do. As cliché as it sounds, that’s all you’ve got to do – just focus on what you do and block out the rest. That’s essentially field-goal kicking in a nutshell.”