Just a guess, but we expect the following phrase was heard repeatedly all over both Edmonton and Winnipeg early Thursday afternoon and well into the evening: ‘Alexa, who is Taylor Cornelius?…’

The Elks dropped a nuclear news bomb on Thursday with the announcement that quarterback Trevor Harris had been moved to the six game injured list after suffering a neck injury in Edmonton’s loss last week to the Calgary Stampeders. Harris was on the field for Elks practice on Tuesday and Wednesday, but did pull himself late on the second day due to ‘increasing pain and other symptoms.’

The move means the Blue Bombers will face CFL rookie Taylor Cornelius Saturday night in Edmonton. And then, potentially two more times in a back-to-back, home-and-home series with the Elks on October 8th and 15th. If you’re thinking the Bombers are gleefully rubbing their hands together at the prospect of feasting a fresh-faced Elk QB, well, think again.

“Not at all. They’re still a well-coached team,” said Bombers defensive back Alden Darby on Thursday when asked if the club’s process changed with the news about Harris. “They still have great athletes on all sides of the ball. The other quarterbacks have been there since training camp, so they know the same system, same things. 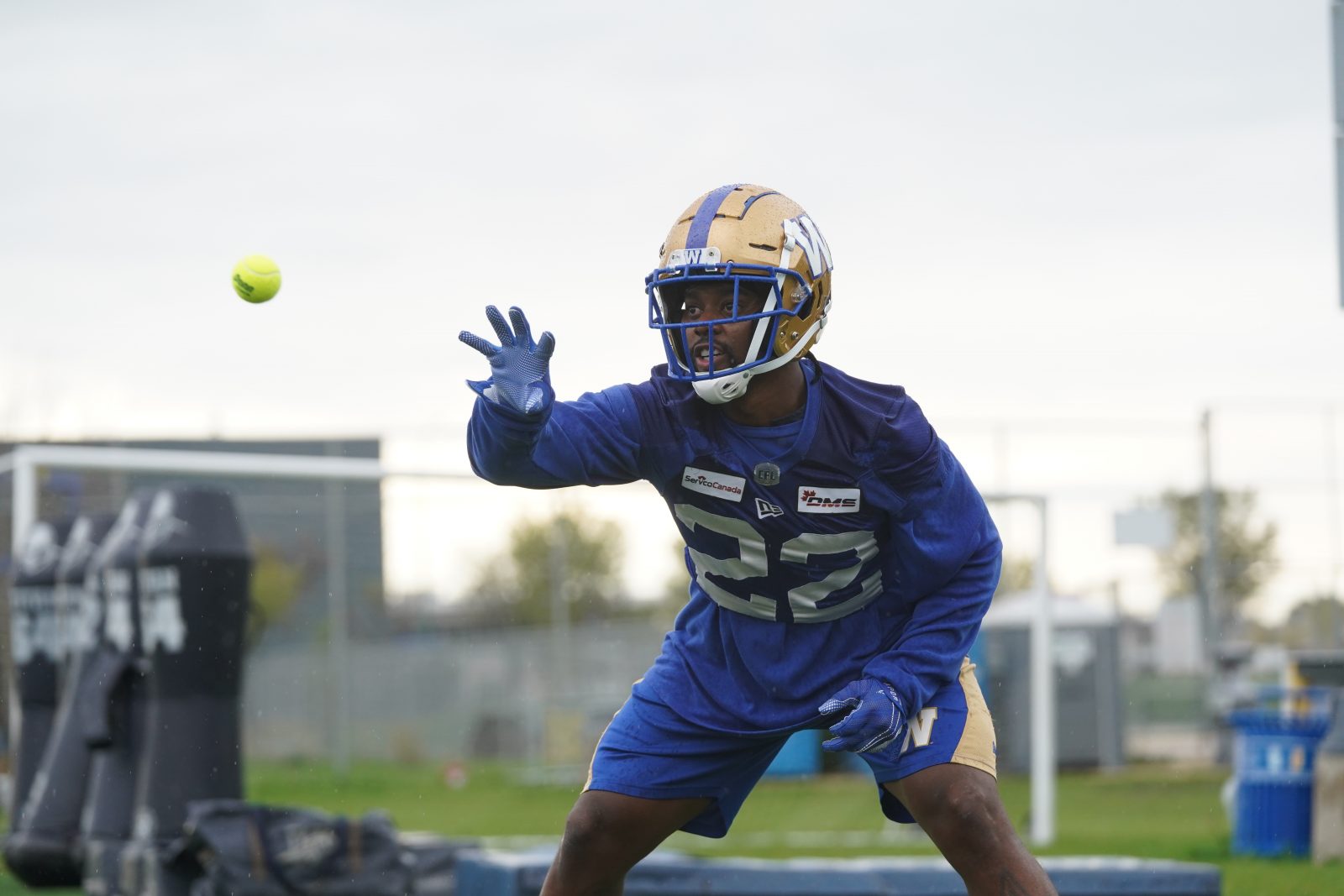 Still, there’s this… Harris just so happens to lead the CFL in passing yards this season, has 77 career starts on his resumé and did throw for 785 yards in two games against the Bombers – both Winnipeg wins, FYI – back in 2019.

And Cornelius? Saturday would mark his first career start. He did play for Elks coach Jaime Elizondo with the Tampa Bay Vipers in the XFL, finishing with a 1-4 record with five TDs against six interceptions.

A walk-on at Oklahoma State, he backed up Mason Rudolph with the Cowboys before becoming the starter in his fifth year, leading the team to a 7-6 record. Incidentally, current Bombers third-string pivot Dru Brown had transferred to OSU from Hawaii and rose to No. 2 on the Cowboys depth chart despite being on campus for less than a month.

The Elks also have CFL journeyman Dakota Prukop on their roster. He joined the club after being released by the Calgary Stampeders at the conclusion of training camp this year. Prukop dressed for 41 games over three years with the Toronto Argonauts, completing 18 of 30 passes over that span. The Bombers were all singing from the same songbook on this on Thursday: the Elks run their system and the players lining up will still run the same offensive plays whether it’s Cornelius behind centre or Harris. 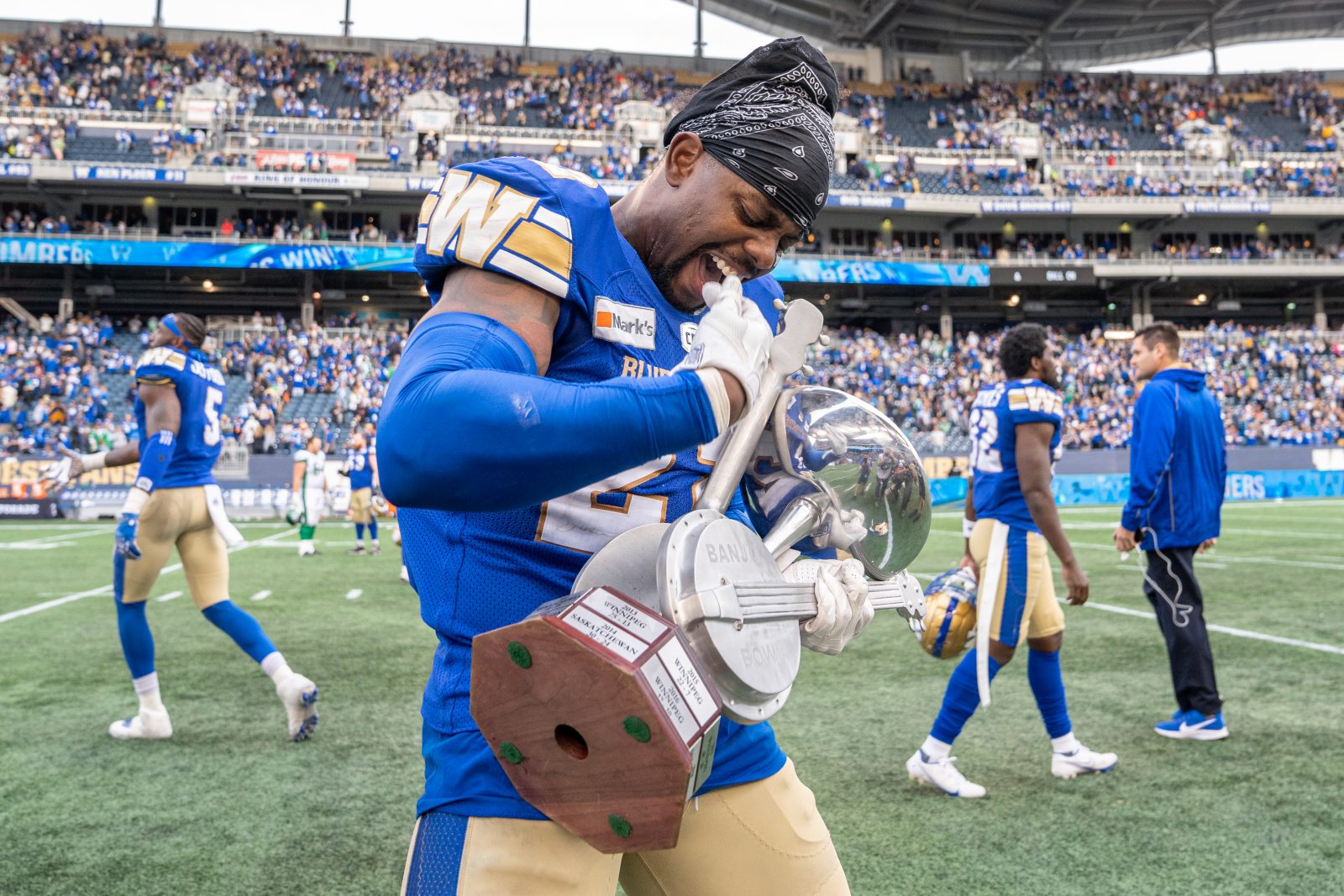 “They’ve got great talent across the board… they’ve got a great running back, some great receivers, a big offensive line. They’re a good group of guys over there,” said Darby.

“So, for us it’s just about us. We do what we’re coached to do, we run to the ball, we hustle and the outcome is going to be the outcome. We’re not so much worried a lot about what they do, it’s always about us. What we do, what we do well, how we’re going to execute our plays and allow our preparation to be shown on film on Saturday. It’s about us.”

All that said, with the news coming late in the practice week the Bombers were working to get XFL film on Cornelius. Any intel, after all, is better than going in cold against an opponent.

“Of course you’ve got to do homework,” said Darby. “You don’t just want to go out there with a new quarterback, a new receiver, a new running back and not try to get the inside scoop or some tendencies and things like that.

“We’re going to spend some time and I know me, personally, I’ll do as much homework as I can to get to know the guy, get to know what he did. What did he do in college? Is he a guy who threw for 10,000 yards and 88 touchdowns in college or something like that? I’m going to do my due diligence and do my research and get to know the guy, learn him, make him my best friend.”