It’s a comfortable position for the Winnipeg Blue Bombers – perhaps even a cushy one – being alone atop the West Division standings and occasionally glancing down at the rest of their Canadian Football League rivals.

The fact the Bombers became the first team to clinch a playoff spot and are the only team knowing where they’ll be when the Grey Cup derby opens – smack dab here in River City playing host to the West Final – is somewhat old news now. But what makes the Bombers such a fascinating study this week and in those that follow is how they manage their personnel with three regular season games remaining and then a first round bye in the playoffs.

That’s been the talk swirling around the club over the last few days as it returned to work from the second bye week of their season and in preparation for Saturday’s home date with the Montreal Alouettes.

Which starters, if any, get a rest?

Will No. 2 QB Sean McGuire get some more time at the controls?

How does all-star cornerback Winston Rose, who just returned to the club after spending 2020 with the Cincinnati Bengals, fit into an already stellar secondary?

Stay tuned on all that.

The biggest question of all is this: how do you keep this squad sharp and motivated before the playoffs? 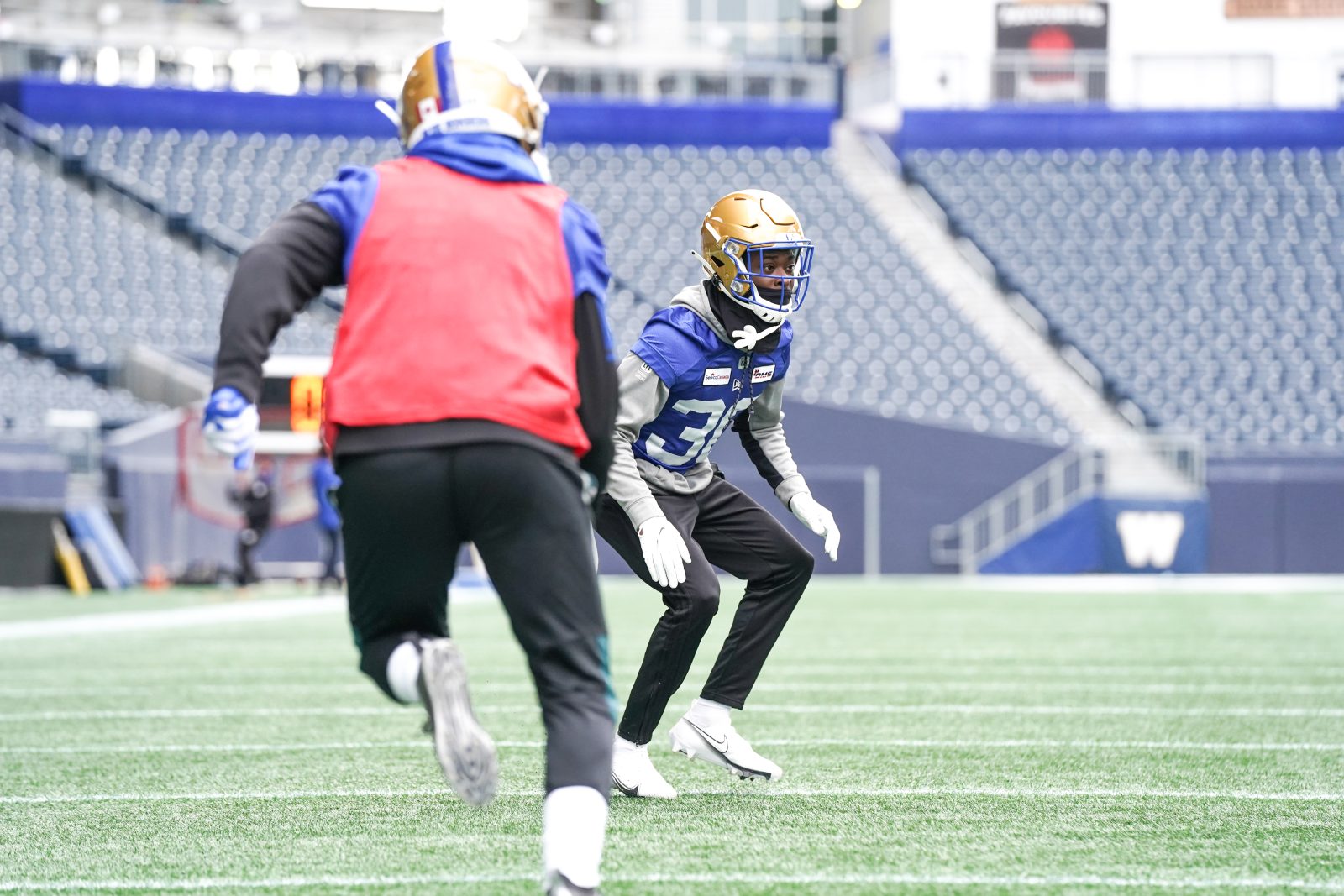 “Right now I don’t know that I need to (say or do anything) with this veteran group,” said Bombers head coach Mike O’Shea after practice on Wednesday. “These guys seem pretty motivated with the way they’re practising, so there are no signs that I need to interject.

“They like the feeling they get when they end up on the right side of the scoreboard. They’ve got a process they’re very familiar with that they stick to and they haven’t given me any signs that they’re letting up on their process, either, which is probably more important than anything, that they’re sticking to their routine. Because they’re such a veteran group you don’t really have to say a lot. You just observe and let the leaders know if you think there’s anything they need to talk about.”

The Bombers aren’t showing their cards on any roster changes for Saturday – they never do, in any circumstance – so where Rose officially fits into the defence or whether McGuire might see more action won’t really be known until after the ball is put on the tee Saturday night.

There’s also salary cap implications at play here, meaning the club can’t just empty its practice roster to take a look at players as that comes with a financial hit. That said, O’Shea & Co. have always been big on making sure all players feel like they have a share in the team’s success, and that’s why this team has already implemented so many different formations to get more of the troops work on offence, defence and special teams.

“The guys we have in the building, we believe all those guys are deserving of playing time,” said offensive coordinator Buck Pierce. “We’ll see how everything goes. Obviously we’re looking at this week and those decisions will be made at a later date. But everybody will be ready to go, as in every week. With the guys we’ve had in the building and in the organization for a couple of years, those guys are chomping at the bit as well. It’s also important we stick to our process and what we’ve been doing. We’re going to go out and win a football game.” 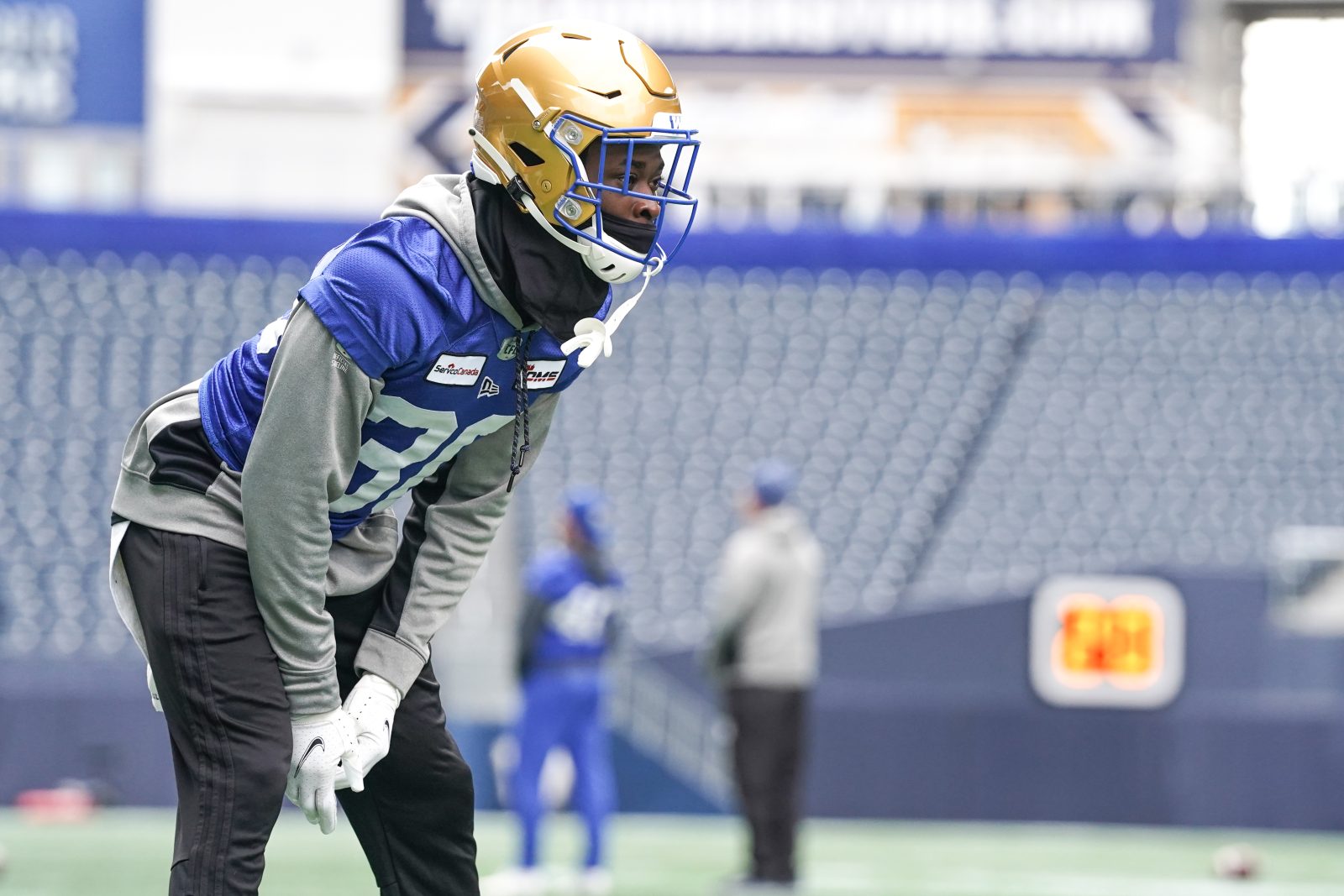 Bombers defensive coordinator Richie Hall, meanwhile, was ecstatic to have Rose back simply because “it just makes us a stronger football team. He’s a good person to have in the locker room. His play speaks for itself. It’s just very positive.”

Interestingly, it was Hall who provided a big-picture take on the Bombers that spoke volumes of the collective mindset with three games left and the playoffs nearing on the horizon. Yes, even a 10-1 team that has been dominant in so many areas still feels there is some heavy lifting to do.

“We’ve got to get better,” said Hall. “When you look at the big picture, we haven’t accomplished anything. There’s still room for improvement. We have a long ways to get to where we need to be.

“Our whole thing is from Week 1 we want to get better each week and I think we’ve done that. Regardless of what the end results of the games are we always want to be ascending, going upward and this is no different. We want to be 1-0 this week, but more importantly we’ve got to go out there and play well and if we play better than we did last week then we give ourselves a great opportunity to win.

“Where we stand right now, to me that’s irrelevant. And it’s irrelevant to the players. It’s how can we be better because there’s a lot of room for improvement within our play. It’s keeping things in perspective, it’s keeping the guys focused on the moment,” he added. “The moment is this week. The moment is how can we get better and if we can continue to get better then we stay in the path we want to be on and it gives us a better chance to get where we want to be at the end of the year.

“But we can’t get to the end of the year unless we take care of this week and that’s improving, staying healthy, playing together and doing those little things to be successful.”