The Winnipeg Football Club has long relied on the work of local products to not just fill out the roster card, but be star contributors for the franchise dating back to 1930.

The current squad alone includes Winnipeggers Andrew Harris, Nic Demski, Thomas Miles, Geoff Gray and Brady Oliveira and there have been many, many more who have contributed significantly.

This week we look specifically at those who have moved from the University of Manitoba Bisons program to play with the Bombers, starting with the only product now in the Winnipeg Football Club Hall of Fame:

A two-time Canada West All-Star and CIAU All-Star in 1994 with the Bisons, Miller – currently the Bombers President & CEO – was drafted in the fourth round in 1995. Considered by some to be a longshot just to make the club, Miller earned a roster spot with his tenacity and then carved out a solid 11-year career with his hometown Bombers.

Upon his retirement, he was the CFL’s all-time leader in special-teams tackles – a mark that has since been surpassed by B.C.’s Jason Arakgi and current Bomber Mike Miller.

Miller was voted the Bombers Most Outstanding Canadian in 1999 and inducted into the club’s hall of fame in 2011. 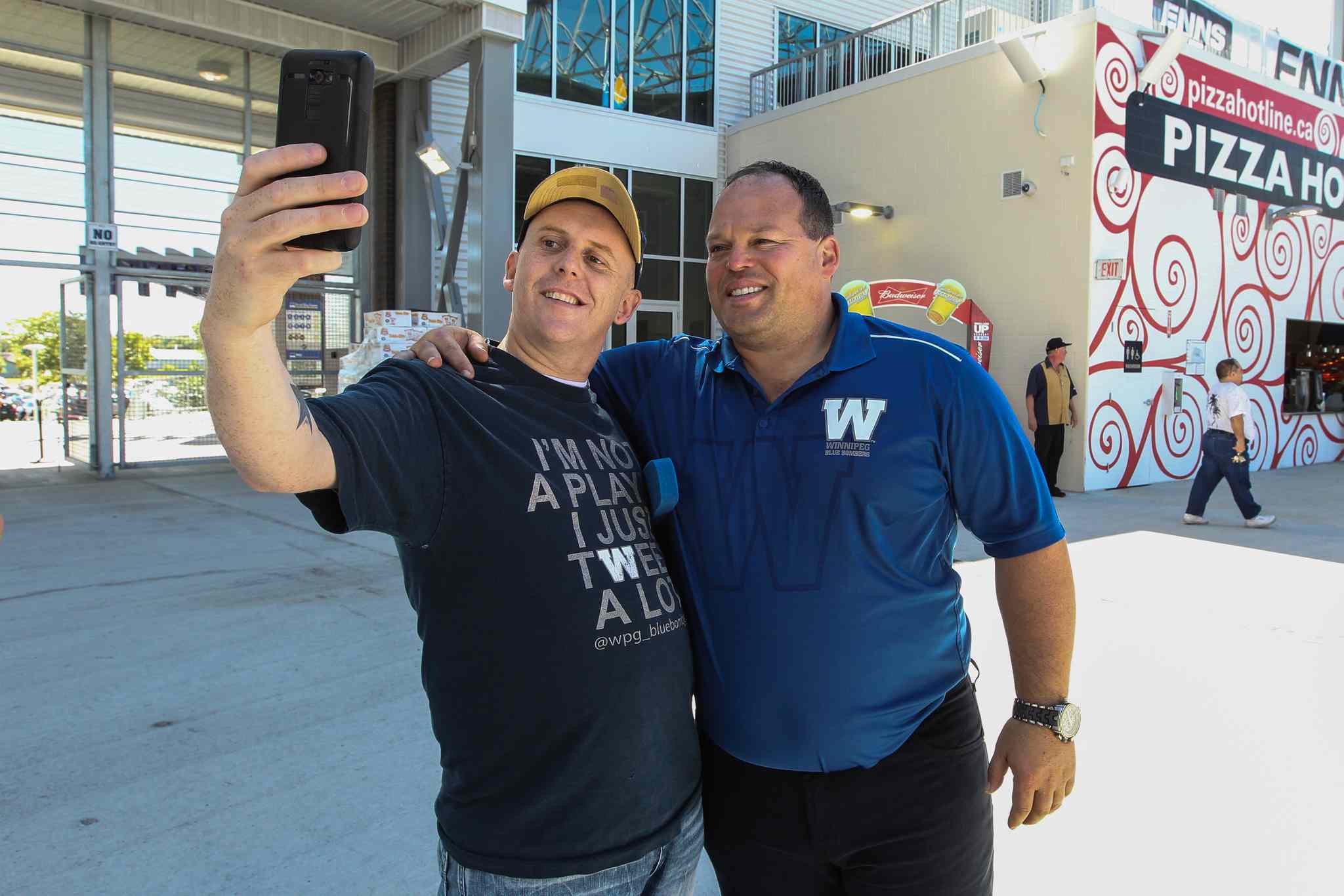 Paterson was the Bombers’ first territorial draft pick in 1974 and in his first year was primarily a punt returner while also picking off a pass. He began to make inroads on offence in 1975 and later posted his two best seasons as a pro in 1977 and 1978. Paterson had 67 receptions for 882 yards and five TDs in ’77 en route to being named a West Division All-Star and winning the Dr. Beattie Martin Award as the top Canadian player in the West Division.

He followed that up with 69 catches for 866 yards and three TDs in 1978 before being traded to Hamilton a year later.

A sixth-round draft pick by the Bombers in 2000 – he was the last of the club’s draft class that year – Sheridan morphed into a solid offensive lineman who started 75 of his 86 career games, all with Winnipeg.

Sheridan was named the Bombers Most Outstanding Offensive Lineman in both 2004 and 2005.

His story is still being written with the Bombers after originally being selected in the first round, sixth overall, by Saskatchewan in the 2015 CFL Draft before signing with his hometown club as a free agent in 2018.

Demski has started all 34 of his regular-season games with the Bombers, having pulled in 103 passes for 1,097 yards and six TDs while adding another three scores along the ground. He was especially impactful in the 2019 Grey Cup playoffs.

Toogood helped guide the Bisons to back-to-back Vanier Cup championships in 1969 and 1970 before being drafted by Saskatchewan in the second round in 1972. He made his CFL debut with the Bombers in 1974 and suited up for 109 games over the next seven seasons, picking off nine passes along the way. 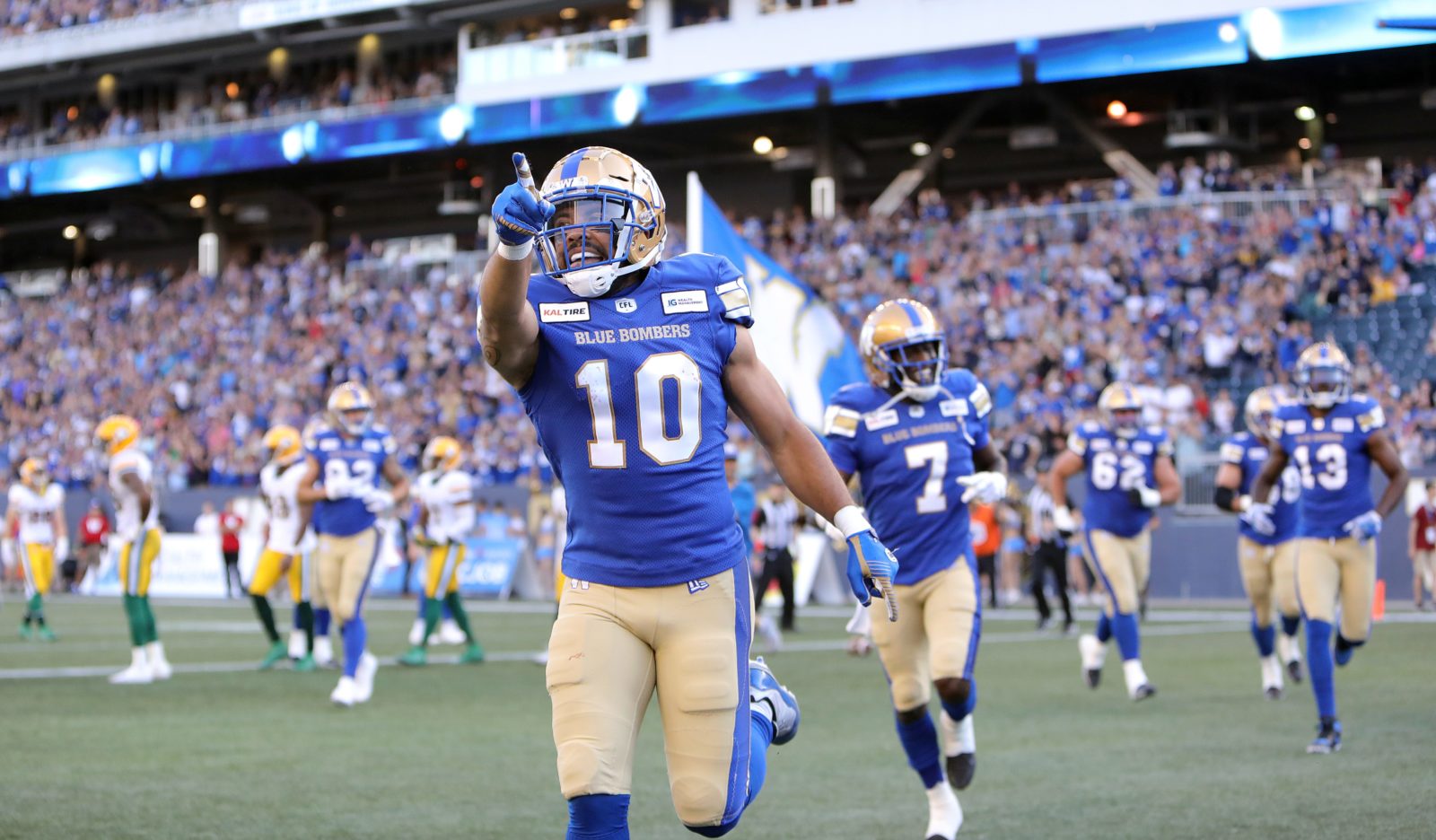 A gifted athlete, Donaldson played both sides of the ball as a defensive back and receiver for some dominant Bombers teams in his day. He began his career with B.C. in 1997 before coming home in 2000, later finishing his career with Ottawa and Toronto.

Weathers was another late draft pick who made it with the club. Selected 44th overall in 1997, the rangy defensive end suited up for 85 regular-season games with the Bombers during his time, before finishing up his CFL career in Toronto and Saskatchewan.

A versatile end who helped give the club ratio flexibility, Weathers finished with 15 career sacks – including five each in 2001 and 2002 – and posted a career-best 40 tackles in 2002.

The Bombers selected McKee in the fourth round of the 1971 CFL Draft, but he lost the kicking battle in training camp to Don Jonas – who also was the kicker. He returned in 1972 and a year later led the West Division in punting.

He continued to work on his placekicking skills and in 1974 led the club in scoring.

He played the game at 100 miles per hour and was proud to wear Bombers colours in 46 games over three years before finishing his career in Toronto and Ottawa. Dzikowicz registered 10 interceptions in his career, eight with the Bombers, and was the starting safety in the 1993 Grey Cup.

Oramasionwu was a fifth-round selection of the Bombers in the 2008 CFL Draft and used his brute strength to force his way into the lineup. He started three games as a rookie in ’09 and over the course of 54 games with the Bombers registered nine sacks. He left the club in 2012 and played the best ball of his career with Edmonton over the next five years before finishing with Montreal in 2017.

MacIver was one of the Bombers’ territorial pics in 1975, but actually began his career with Toronto following a trade to Montreal and then him being scooped up by the Argos following his release by the Alouettes.

MacIver returned to his hometown Bombers in 1982 after three years in Saskatchewan and was an integral part of the club’s defensive front, helping the team capture the 1984 Grey Cup.