Just a couple of weeks ago the Bombers’ Twitter account reminisced about the 41-40 victory over the Montreal Alouettes on July 27, 2017 – one of the most memorable games in the history of IG Field.

In that contest the Bombers trailed the Als by 12 points with 1:40 left but rallied for an improbable victory. Where does that game rank in the great comebacks of Bombers history? Good question…

Here is a look at the Top 10 comebacks in Bombers history:

The Bombers trailed the Ticats 34-7 at halftime but scored 33 points in the third quarter to narrow the lead to 41-40. The game was ultimately decided on a Troy Westwood 35-yard field goal with 27 remaining in a dramatic victory.

The Bombers trailed 32-11 heading into the fourth quarter before Alex Brink was replaced at quarterback by Steven Jyles, who connected with Terrence Edwards and Greg Carr for TDs. Jovon Johnson returned a punt 59 yards in the final minute to set up a Justin Palary game-tying field goal with one second left. In OT the Bombers got a TD from Yvenson Bernard, before Deon Beasley intercepted a pass for a TD.

The Bombers trailed the Riders 21-0 before rallying on touchdowns by Jim Washington, Bob Larose and Tom Scott in what was then the biggest comeback in franchise history. 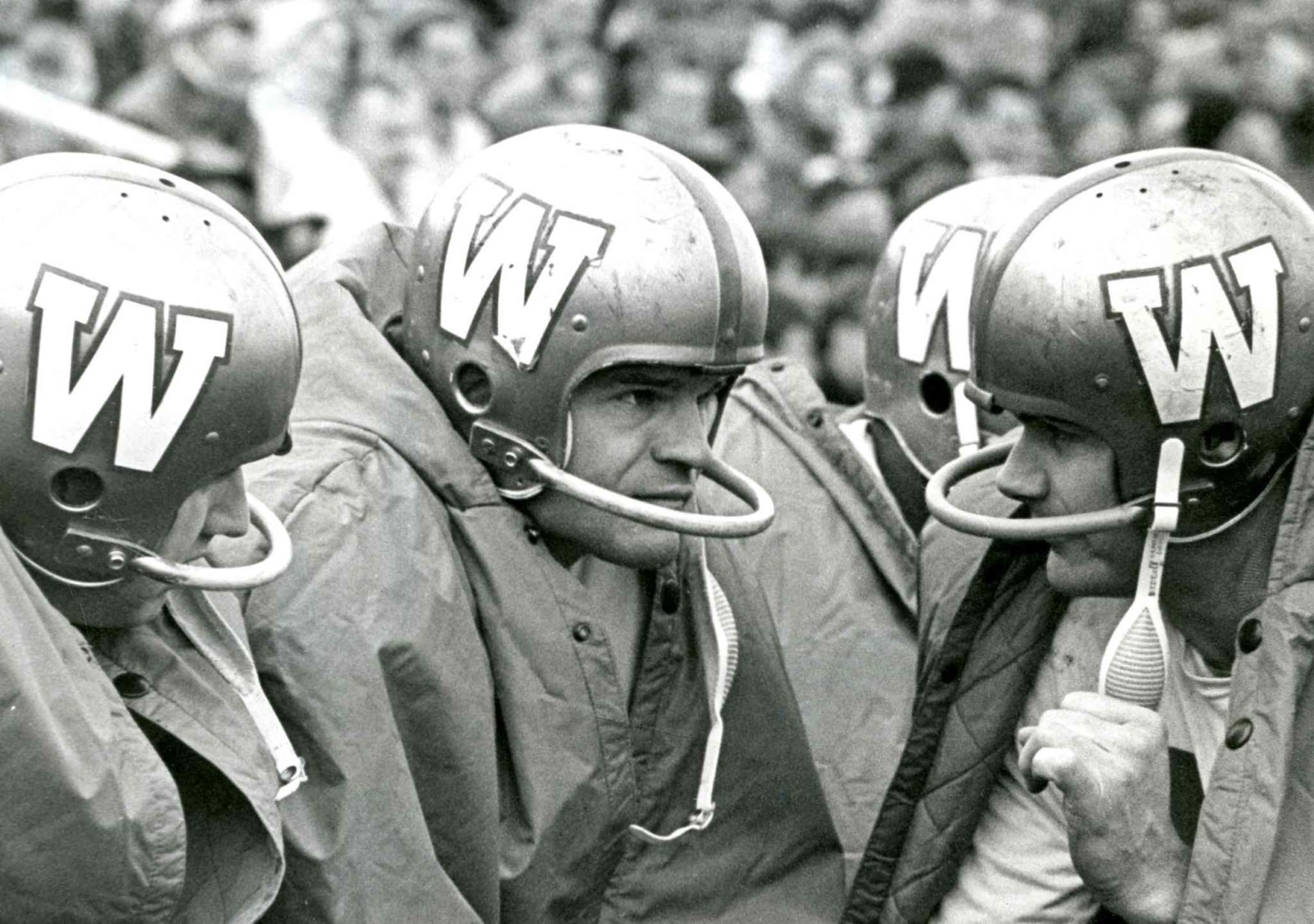 Winnipeg trailed 20-0 in the second quarter, but then out-scored the Tabbies 26-1 to finish the game. The Bombers got two touchdowns from Art Perkins, including a 51-yard reception score late in the game. Also scoring for Winnipeg in the rally where Farrell Funston and Ken Ploen.

The Bombers were just 6-12 in 1999 and missed the playoffs, but on this day rallied for a crazy win over an Alouettes squad which would finish first in the division with a 12-6 record. Kerwin Bell connected with Robert Gordon with 59 seconds remaining and, after the Bombers got the ball back, Deland McCullough scored on a one-yard run on the game’s final play.

The infamous ‘Troy Kopp Game’ might be the biggest highlight of the Jeff Reinebold era as head coach of the Bombers. Winnipeg was an abysmal 0-10 heading into this game against the arch-rival Riders. The Bombers fell behind 28-10 near the end of the third quarter when Kopp, the club’s unheralded backup, came off the bench to rally the team to an incredible come-from-behind victory that had the fans in attendance pouring onto the field after the game like the club had won the Grey Cup.

Incredibly, two of the greatest comebacks in Bombers history came within 20 days of each other in 1965, including #4 listed above. In this game the Bombers fell behind 18-0 before Dave Raimey would help rally the squad to victory. The Bombers would advance to the 1965 – the ‘Wind Bowl’ – ultimately falling to Hamilton.

The Bombers trailed by 17 points in the fourth quarter, and by two touchdowns with less than two minutes remaining, before Khari Jones rallied the troops to victory. The Bombers scored 31 points on their last five possessions as Jones threw for 462 yards and five touchdowns – four to Arland Bruce III, including the tying score with 24 seconds left in regulation. Troy Westwood would clinch the win with a 29-yard field goal in extra time.

Winnipeg needed a Troy Westwood 12-yard field goal with 25 seconds remaining to complete the comeback and send the Bombers to the playoffs for the 16th consecutive season. The Bombers were eliminated a week later in Baltimore in a semi-final loss to the Stallions at Memorial Stadium.

Matt Dunigan’s debut as a Blue Bomber was memorable, as the club managed 10 points in the final 18 seconds of regulation time before Westwood, again, sealed the deal with a game-winning 39-yard field goal in overtime.