The Banjo Bowl has become THE signature event on the Winnipeg Blue Bombers home schedule and over the course of its 16-year existence, has provided some spectacular games highlighted by individual performances.

This week was to have been the 17th version of the Banjo Bowl before the Coronavirus caused the cancellation of the 2020 Canadian Football League season. All of this has led to a lot of reminiscing over the summer, and it will continue here into September as we look at the Top 10 individual performances in the Banjo Bowl’s history: 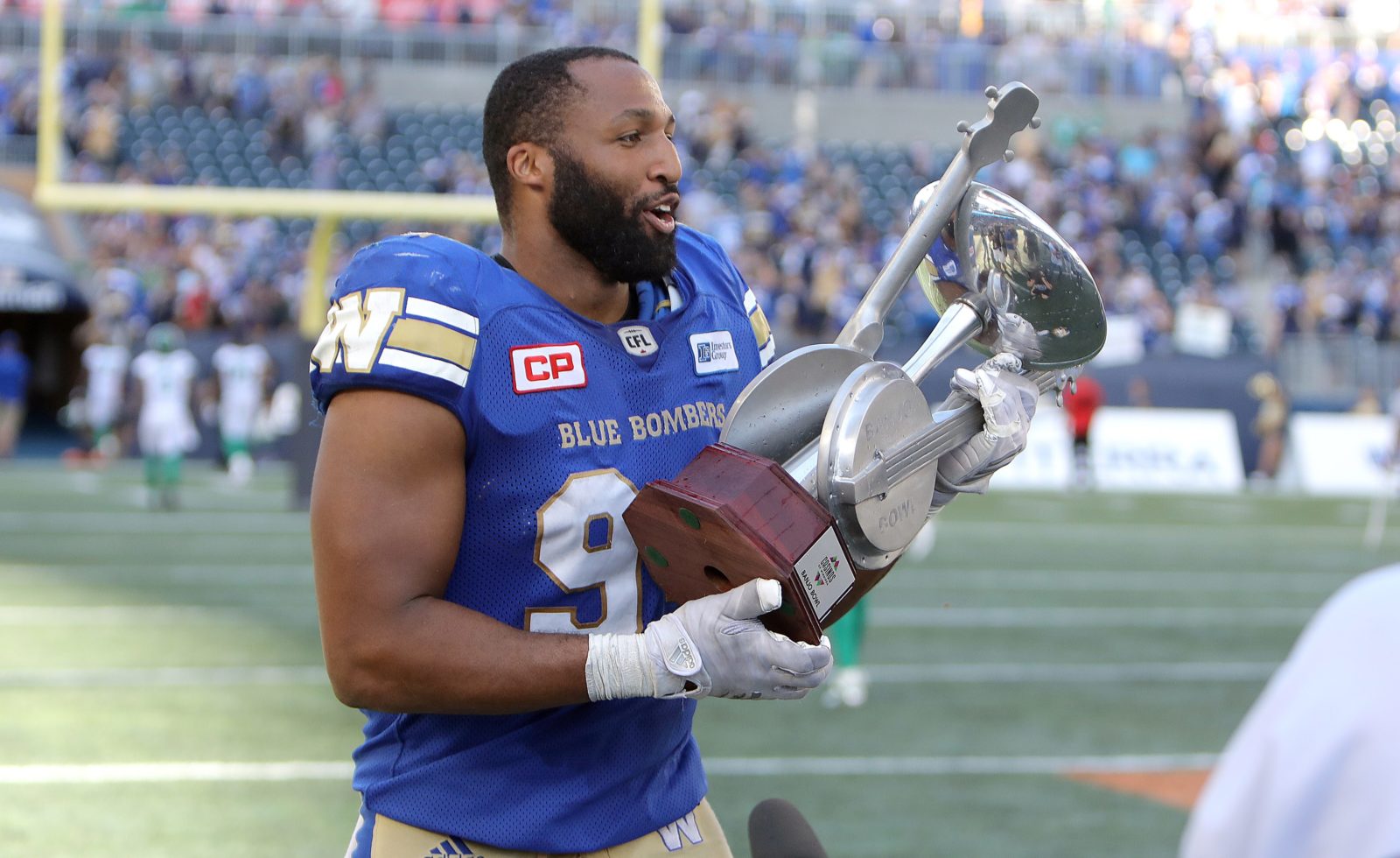 Filling in for an ailing Matt Nichols, Streveler completed 71.4 percent of his passes for 186 yards with two TDs – one to Johnny Augustine, the second to Daniel Petermann – against no interceptions and also ran for two more scores, finishing with 11 carries for 70 yards.

One of those runs, in which he bulldozed over a handful of Rider defenders, helped fuel the Streveler legend.

Rewind to the inaugural Banjo Bowl and Roberts, the Bombers’ hall of fame tailback, galloped for 159 yards and two TDs, one on a pass from Kevin Glenn and the other on a 20-yard run, as the Bombers completed a Labour Day Classic/Banjo Bowl sweep – a feat which has happened only twice in the game’s existence for Winnipeg, in 2004 and in 2016.

Durant threw for four touchdowns – two to Chris Getzlaf and also to Weston Dressler and Neil Hughes – and the Riders forced five interceptions en route to the victory.

The Bombers’ do-everything linebacker/defensive back/returner scored on a 97-yard punt return and on a 54-yard interception return as the home side improved to 8-3 with their sixth win in seven games.

The Riders rallied from a 31-14 deficit to victory and were led by quarterback Michael Bishop who had been acquired from Toronto in late August. Ironically, he would start the next Banjo Bowl for the Bombers. Bishop threw for 370 yards and three touchdowns, including two to rookie Weston Dressler.

Reid, the Bombers’ starting tailback, had missed two practices in the week leading up to the game with the flu. But on game day he rushed for 148 yards and two TDs in the mauling of the Riders. Reid would win the CFL rushing crown that year, finishing with a career best 1,396 yards along the ground.

One of those trademark gritty performances by the Bombers QB, who threw for 247 yards – including 135 to Weston Dressler, who was playing in his first Banjo Bowl in blue and gold. Nichols also rushed for two short touchdowns in the win.

The Bombers legend played in the first five Banjo Bowls and in the fourth edition, pulled in five passes for 74 yards and the 141st TD of his career. Much of the spotlight was pointed at Stegall that season as he became the CFL’s all-time TD king earlier in the summer.

The worst defeat in the Bombers’ Banjo Bowl history had the fingerprints of Wes Cates all over it. The Riders running back ran for three touchdowns in a game in which the Riders generated 31 points off eight Winnipeg turnovers.

What list of Bombers-Riders rivalry games wouldn’t be complete with some spice from the veteran kicker, whose comments back in 2003 spawned the Banjo Bowl in the first place. Westwood kicked four field goals in the third edition of the Banjo Bowl – from 24, 46, 44 and 33 yards – on a day in which Milt Stegall and Charles Roberts would score TDs. Post-game he then said to reporters that “those Saskatchewan fans will have a long, lonely ride home on their combines.”