It is one of the tell-tale signs the annual Labour Day Classic between the Winnipeg Blue Bombers and Saskatchewan Roughriders is fast approaching. It is not the slight dip in the night time temperatures signalling the end of the summer heat or the spike in back-to-school sales or the onset of the blasted wasp season.

Instead, it is the sensory overload which hits anyone attending a Blue Bombers practice as the fake crowd noise is cranked up to levels loud enough to make ears bleed as the club tries to prepare for the zany atmosphere at Mosaic Stadium in Regina.

“It’s always great, the exciting back-to-back games with Saskatchewan,” began running back Andrew Harris. “The most annoying part is the crowd noise we have to listen to every day during practice. It’s gets kind of annoying and redundant. But it’s part of the process of preparing. When you come out to Mosaic it’s always loud there and always a fun environment to play in and a hostile one. There’s nothing better than shutting up 30,000 fans in their building and that’s what we’re aiming to do.

“It’s definitely deafening in the stadium and when you get into the game and closer to the end zone – deep in the end zone or going in on ours – it’s definitely loud to the point where you can’t hear the guy next to you. The communication needs to be at an all-time high, whether that’s hand signals and timing. Practising in this is annoying, but you’ve got to get ready for the fire.” 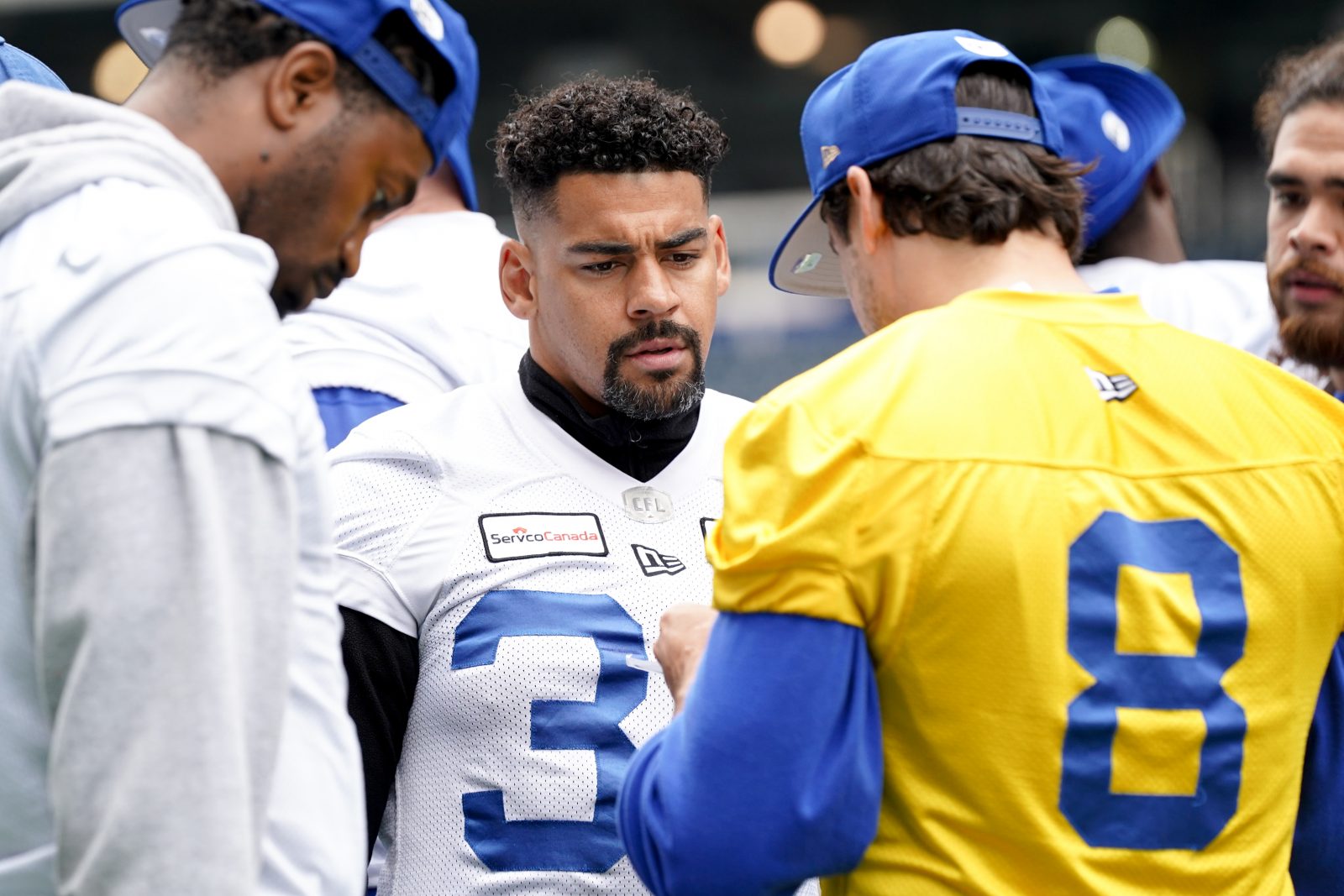 The Bombers, after opening the condensed 14-game Canadian Football League season with three games against the East Division, opened a stretch of eight straight against the West with Sunday’s 18-16 victory over the Calgary Stampeders. The Labour Day Classic is followed by the Banjo Bowl, then back-to-back road trips to Edmonton and B.C., followed by a home-and-home with the Elks and then a visit from the Lions. The regular season then concludes with a back-to-back home-and-home series with the Montreal Alouettes.

And so, with the Riders a perfect 3-0 and the Bombers now 3-1, these next two weeks could be massive not only for the standings, but in the jockeying for a coveted home playoff game.

“It’s massive. Our rivalry team and we only play them two times… in a regular season you might play them three times and so playing them back-to-back is crucial.” said Harris. “For us, any time we’re playing a West team it’s absolutely crucial for playoff implications and it’s always fun when you’ve got the Labour Day Classic and Banjo Bowl back to back.”

The Labour Day weekend is a traditional signpost in a ‘normal’ CFL season, usually marking the halfway point – or later – of a campaign. This year the Riders will be playing just their fourth game; the Bombers their fifth. Still, no matter where it falls on the schedule, it is a critical game against a rival. And the event already sold out a couple of weeks ago.” 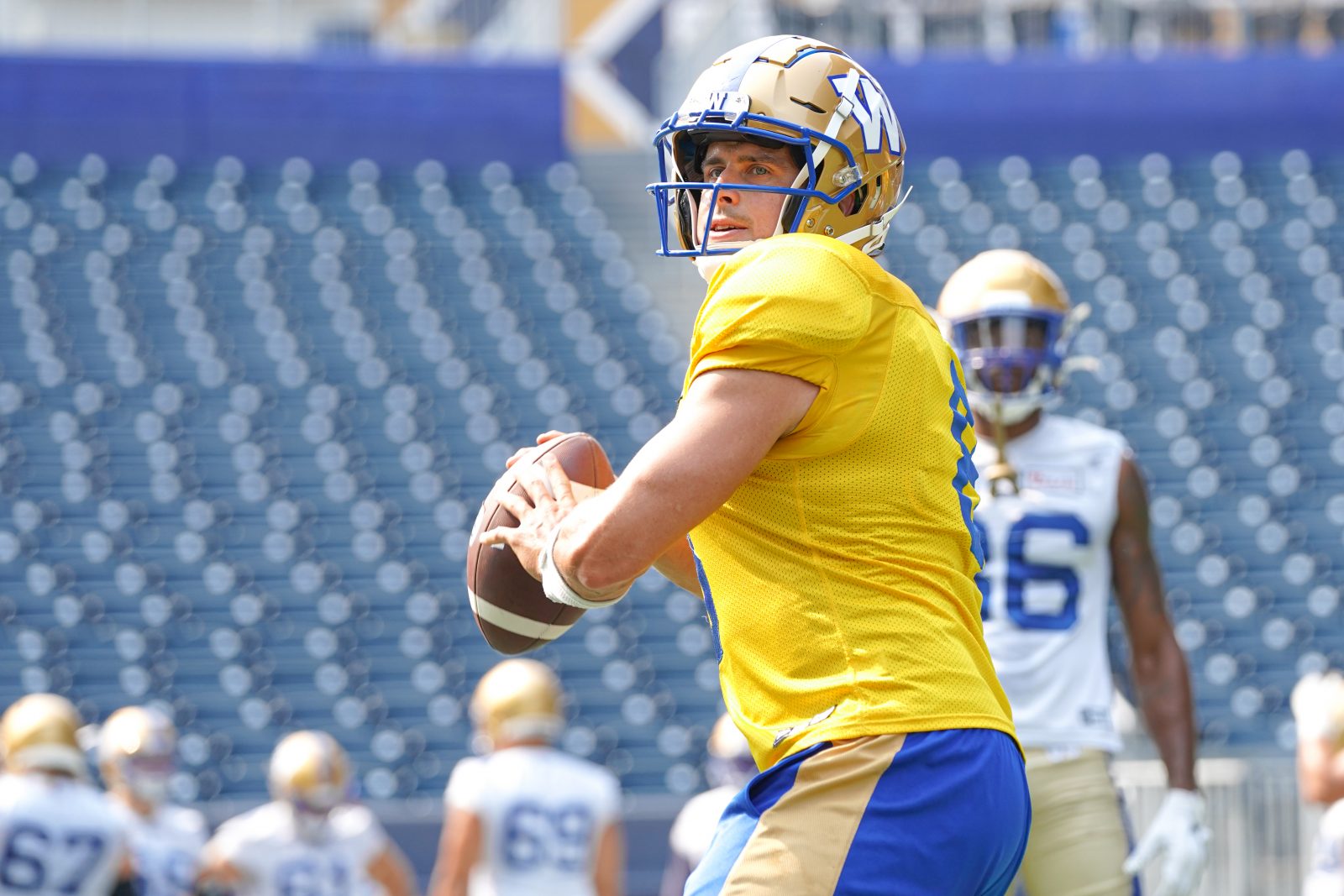 “Somebody out there at practice said that today, ‘The real season starts now,’” said quarterback Zach Collaros. “That’s kind of the mantra of the CFL and what I’ve always heard since I’ve been in the league. It is a bit different (this year). It feels like we’re still really early in the season and we’re already at the Labour Day point. I’m sure that’s not going to matter when we get out there. The fans are going to be awesome and very loud and it will be a great experience.”

Ditto for Rasheed Bailey, who watched the 2019 Labour Day Classic from his couch in Winnipeg. A week later he made his first-ever CFL start in the Banjo Bowl.

“The team is pumped up, the team is ready and we’ve all got a lot of stuff to play for. Family, things that I’ve been going through personally, some things my other teammates are going through. Guys are ready. I can’t wait for this.”