HAMILTON, Ont. – It can be grimy and dirty in football’s trenches, a place where it’s as much about brute force and strength as it is about technique. And so in many ways what Winnipeg Blue Bombers tackle Stanley Bryant has consistently done for so long on the left flank of the club’s offensive line is often overlooked and unappreciated.

That shouldn’t mean there shouldn’t be an appreciation for the greatness of the future hall of famer, who Friday night at the Hamilton Convention Centre became the first player in Canadian Football League history to be named the Most Outstanding Offensive Lineman three times.

“He’s the best player I’ve ever played with, at any position,” said long-time teammate and Blue Bombers right guard Pat Neufeld. “What he does from a leadership perspective – it’s a quiet, leading-by-example leadership – is impressive.

“Then, what you see on film is that he does everything right almost all the time. He has few mental breakdowns on assignments. And technically… he’s as good as anyone I’ve ever seen play.” 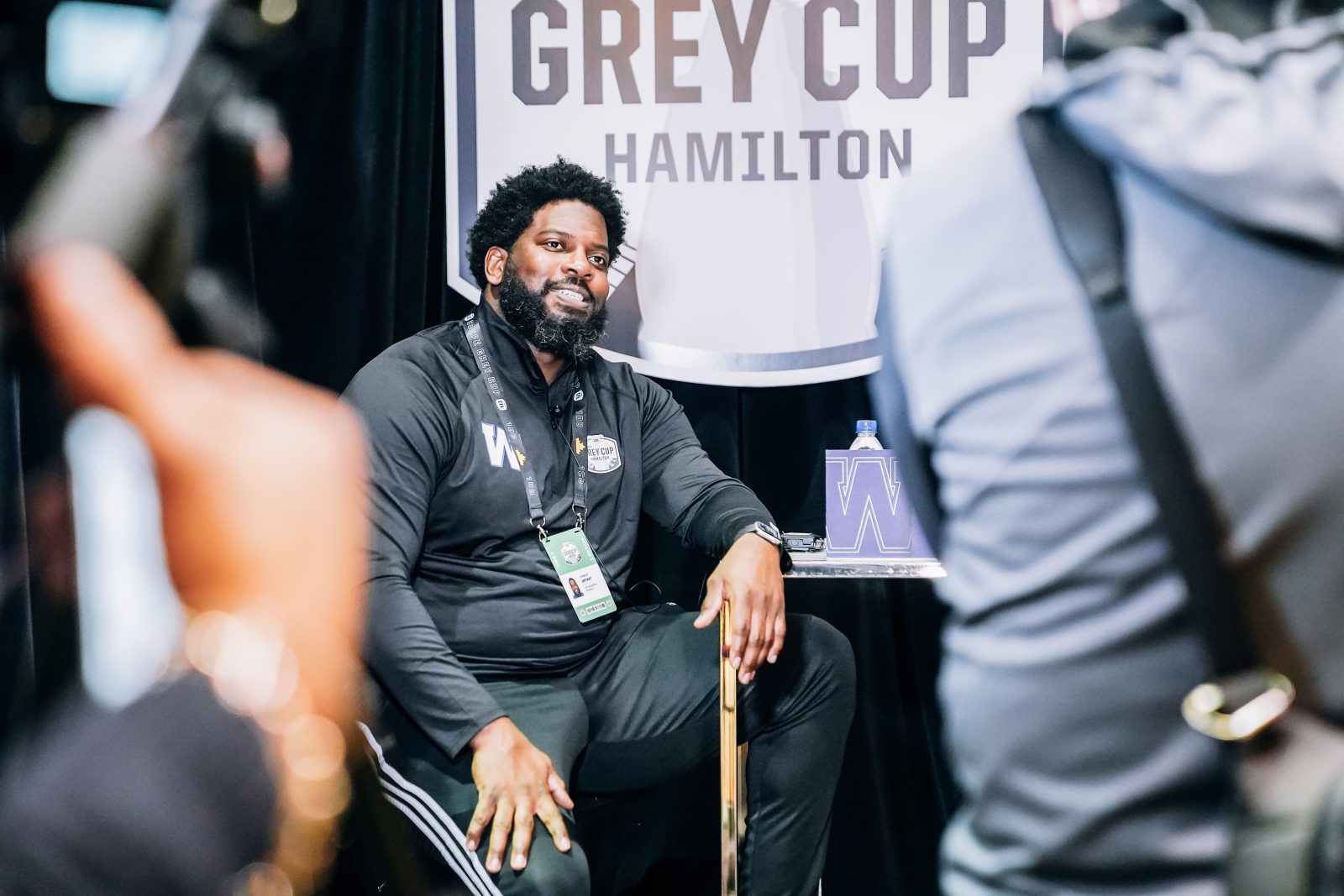 A durable and consistent presence at left tackle, Bryant had his streak of 102 consecutive starts for the Bombers end near of the end of the season when he was rested in Montreal. We spoke to Bryant for a piece saluting him when he hit the century mark for starts with the Bombers back in October, but the man has always preferred to have the spotlight turned elsewhere.

That’s why we went elsewhere to find others to speak on his behalf. Not surprisingly, it was all glowing.

“I’ve never seen a guy who shows up on game day like he does,” said right tackle Jermarcus Hardrick. “He’s so confident, but you don’t see or hear it. I’ve talked to Stan on a personal basis a lot and for me to make my game grow I’m always picking his brain, always asking him things. I asked him ‘When did it change for you? When did it come?’ He told me in his last year in Calgary (2014) he just started telling himself he was the best before every game, before every play.

“He doesn’t act that way, because he’s so humble. But knowing him like I do now, he’s just the best. He proves it over and over again.” 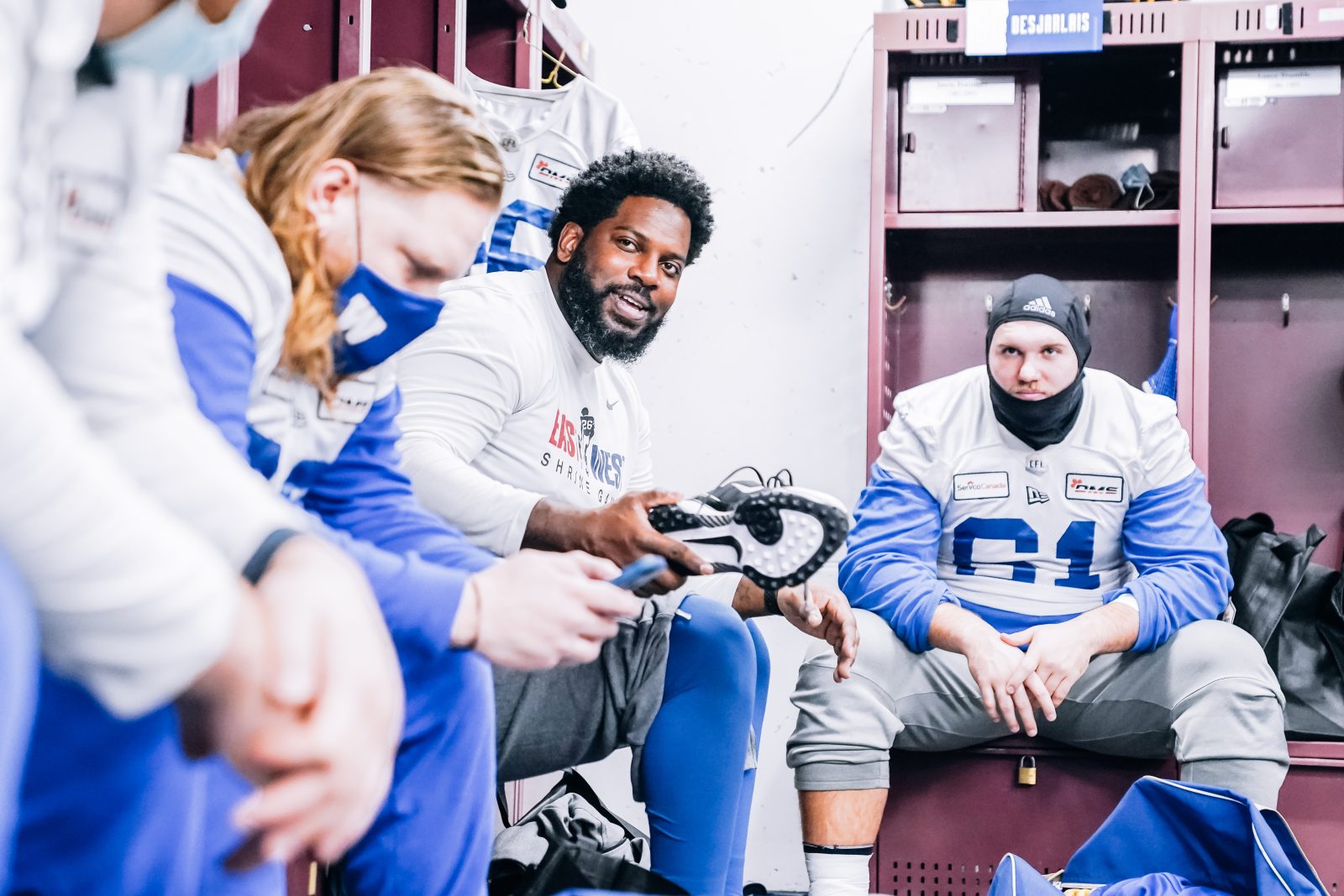 “He takes an extreme amount of pride in his craft,” added Neufeld. “He puts a lot of time into film work and it shows because he doesn’t make a lot of mental mistakes. I don’t know if there are any plays since I’ve been around him where he didn’t know what to do or helped make guys right around him. That’s one of the benefits of playing with Stanley: he brings guys up with his level of play. We’ve just been so lucky to have him here for this long, all of us.”

One of Bryant’s best and most likable attributes – it’s also an important part of his skillset – is his ability to laugh at himself.

“I talked about his consistency… that goes with his attitude as well. He doesn’t get too emotional with the highest of the highs and the lowest of the lows,” said Neufeld. “He keeps it even keel. A big part of it, I think, is that ability to laugh at himself.”

Perhaps riffing on that a bit, Neufeld made reference to ‘The Stanley Pose’ during our chat. Here’s an explanation:

“Look, Stanley has never missed a game because of injury – knock on wood – but if he feels guys around his legs or feels he could get hurt he’ll just lay on the ground,” added Hardrick. “He’s not even going to get his hands stepped on or anything. He’s got 160-plus games played in his career, so I guess it’s worked.

“It’s never during a play because he does his job. But if the play is past him and he’s done his job, and he feels stuff going on around his legs he’ll get on the ground. We’ve all seen it a lot from years and hours of watching. It happens three-four times a game. I mean, I’ve missed some games over the years. I wish I had done it now. He’s the best there is, so I’m surprised more haven’t copied him.”