It wouldn’t quite fit to describe what Mike Miller does on the football field as ‘art’ or ‘picturesque.’

There’s skill involved in playing special teams, no doubt, and the Winnipeg Blue Bombers fullback is one of the best to ever do it in the Canadian Football League. Yet even the league’s all-time special teams tackle leader will attest that in football some guys play the piano and others move the piano. And Miller, who scribbled his name on a one-year contract extension this week to stay with the Blue Bombers in 2022, is more piano mover than player.

“I’ve been asked a few times about what makes a good special teams player and I don’t really have a clear answer,” began Miller from his offseason base in New Brunswick. “It’s about having a ‘want-to’ mentality. This is just something I want to do; I want to be successful and contribute to the team in whatever way that is, and it’s always been special teams. There’s not one thing that has contributed to (his success) other than I just give effort.

“I’ve said it before – and Osh (Blue Bombers head coach Mike O’Shea) has said this in interviews, too – special teams is kind of like a street brawl. Most of the times you have to beat one guy in front of you, sometimes it’s two, and you’ve just got to get off the guy and have that want to run down and run into somebody or block somebody.

“You see it time and again the guys that don’t want to be out there and it does show up on film. You can’t go out there in a lot of the situations and do it half-assed. You have to be all-in or you’re probably not going to be doing it for a long time and you’re probably more susceptible to having an injury if you’re not fully committed.” 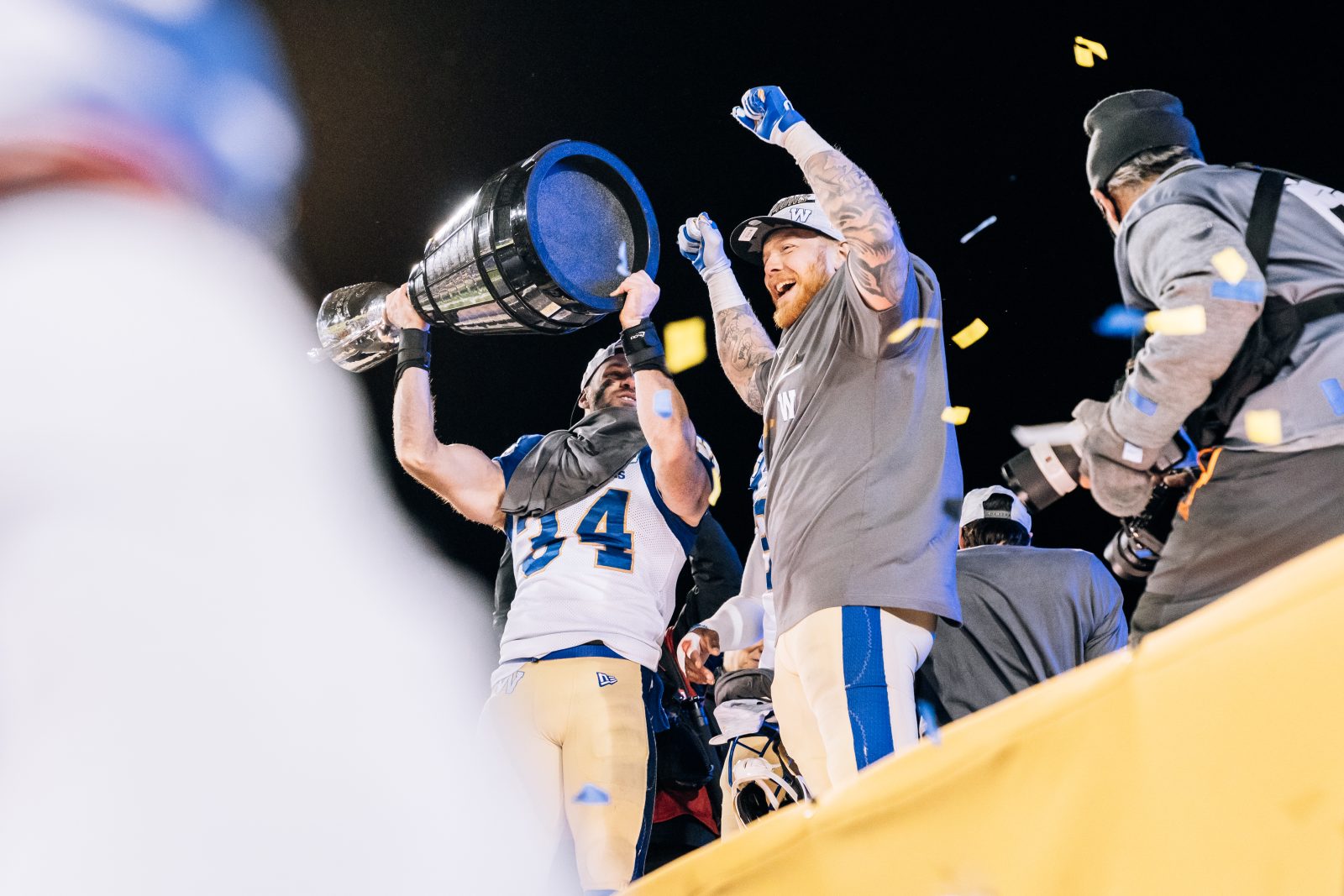 That’s never been in question with Miller during a CFL career that now spans 10 years. He broke into the league as an undrafted player with Edmonton in 2011 and over the years transformed into one of the most consistent special teams players in the league. Last summer in a game in Toronto he moved past Jason Arakgi, the long-time linebacker with the B.C. Lions into first place in career special teams tackles list and his league-best 25 tackles in 2021 now has his career total at 210. And at 32, he has no desire to step away just yet.

“I’m not done yet. I don’t know how to explain it, but I’ve always told myself I don’t want to just walk away from the game when I’m still playing at a high level,” said Miller. “I’ve always said I would do it as long as I could do it and not be a detriment to the team, or the team has told me they didn’t want me back. That’s when I would hang them up.

“But I feel like I’ve got a lot of football left in me, so I’m going to try and continue to do it.”

There’s also this: now a three-time Grey Cup champion – once with Edmonton in 2015 and back-to-back with the Blue Bombers in 2019 and 2021 – Miller has learned over the years to soak up and appreciate the moments along the way more now than when he first broke into the league. Moments like seeing fellow New Brunswick product Jake Thomas being the first to accept the Grey Cup trophy from CFL Commissioner Randy Ambrosie in 2019, or seeing roommate Jesse Briggs on stage to accept the ol’ mug this past December after winning again. 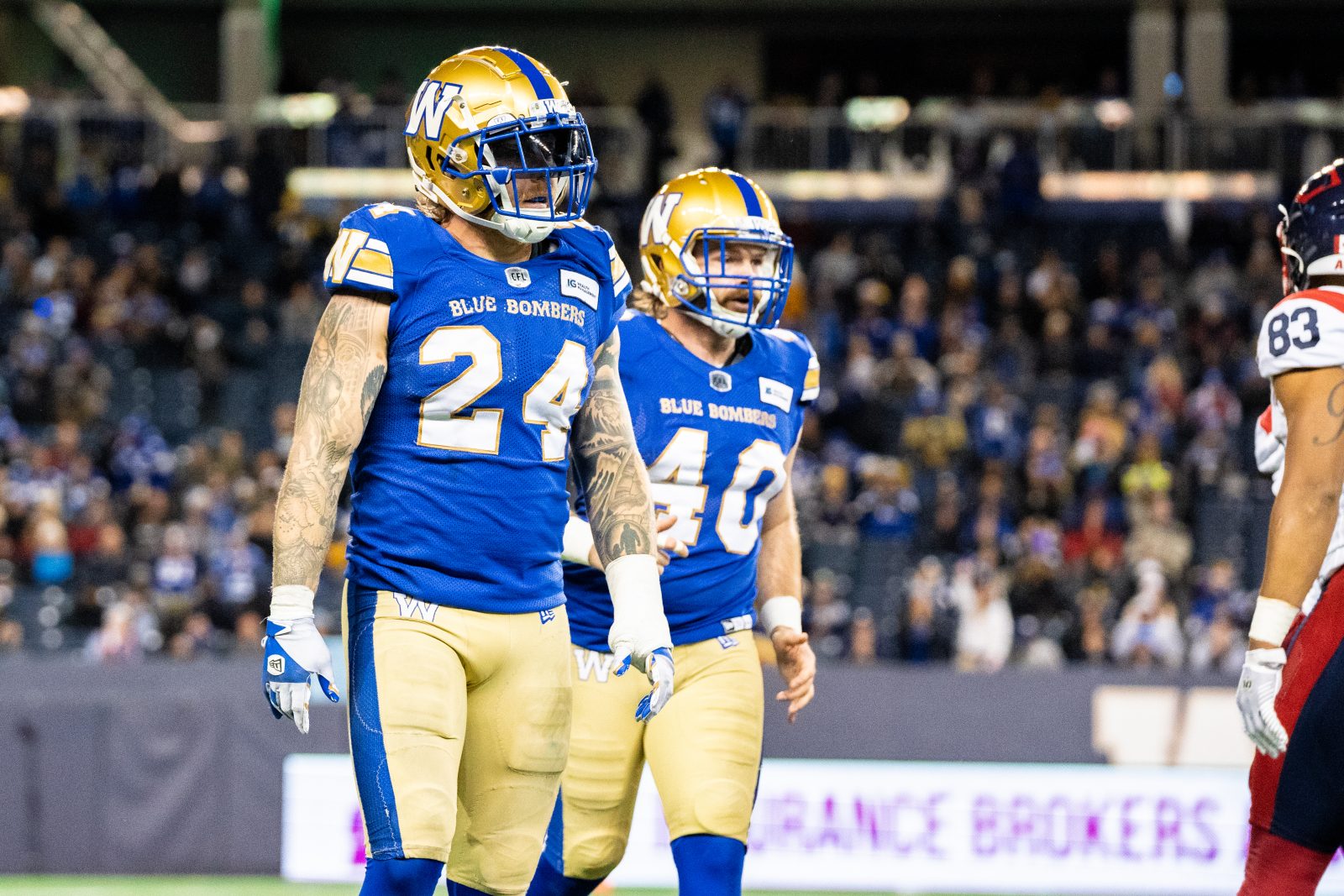 And the epic plane ride home from Hamilton after the Grey Cup win is something that will stick with him forever, too.

“That plane ride back is always a highlight, but this year it was a real highlight,” said Miller with a chuckle. “All the boys were up listening to music, hanging out… that was one of the highlights for me, just sitting with Paddy (Neufeld) and Jake and Briggs and (Michael) Couture just listening to music, enjoying each other’s company and going up and down the aisles. Seeing all the boys celebrate, it was just so great. A lot of times guys sleep on the plane, but there weren’t any eyes shut for that ride home.

“It’s hard to put into words how special that is, just sitting back and watching your teammates celebrate and their emotions and joy. You’re with those guys all year and this past year was different with all the sacrifices we had to make with COVID… it wasn’t a normal season and guys had been away from the game for a year after losing the 2020 season. You could just feel how much more it meant to everyone. The game still means a lot to me and so do moments like that and I’m still all-in to keep playing.”