Mike Miller isn’t a mathematics major, but he does know about the numbers behind the average career span for a Canadian Football League player.

And as an undrafted player who has managed to carve out nine seasons, win two Grey Cup championships and become widely regarded as one of the best special teams players in the league, he also understands he is most definitely an anomaly.

“I remember back in 2011 when I was a rookie in Edmonton,” began Miller on Thursday, the same day he had officially signed a one-year contract extension with the Winnipeg Blue Bombers. “I mean, I was happy to just get invited to a camp and then to get an invitation to then go from the rookie camp to the main camp.

“When you hear the stories that the average CFL player’s career lasts just a couple of years, and you always hear ‘this could be the last contract you get’… well, you just keep hoping you’ll get another one. That’s the nature of football. I’ve been very fortunate and thankful that I’ve been able to play for as long as I have.” 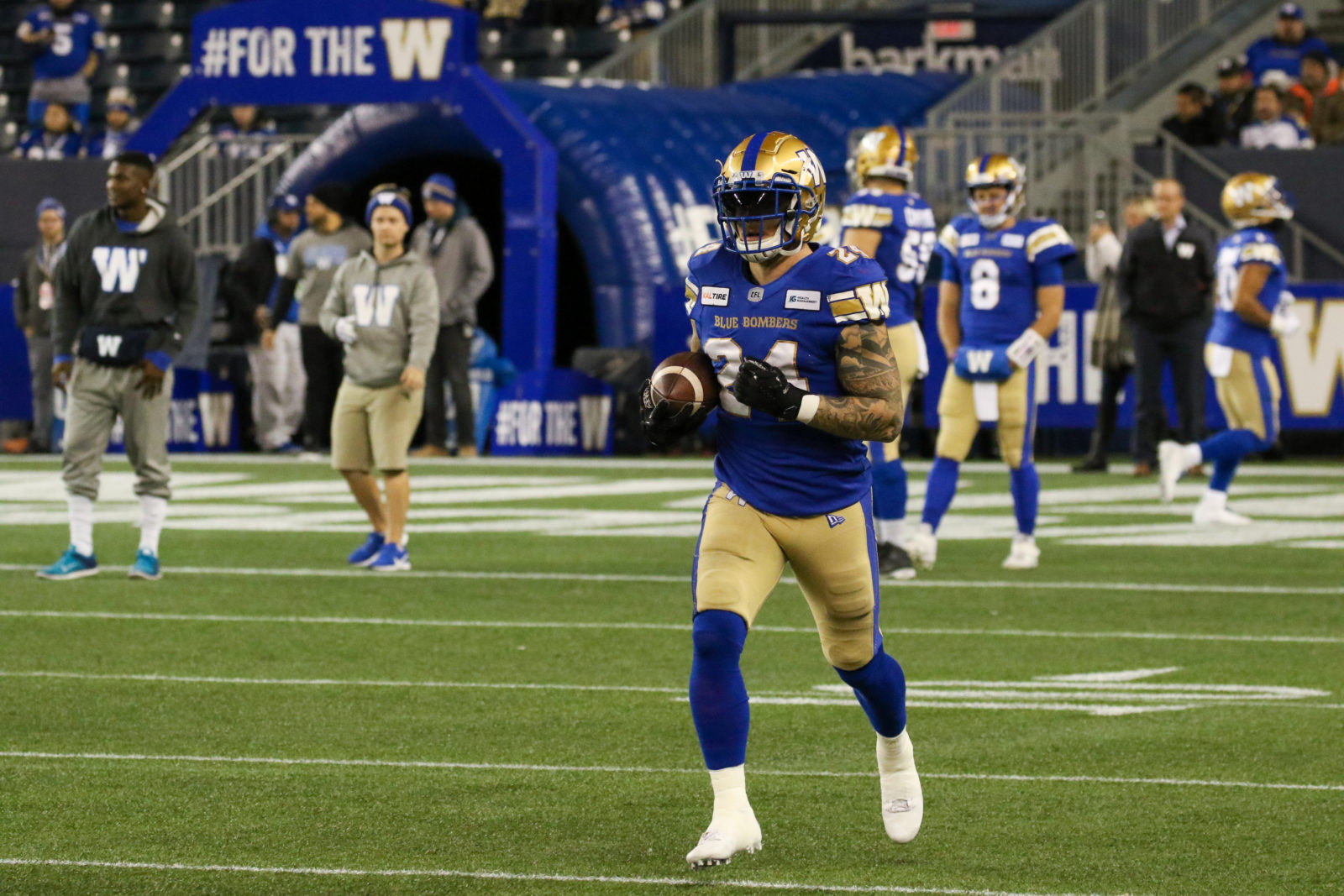 Those accolades look good on his resumé, but those that know the 31-year-old product of Riverview, N.C. best will insist that stuff ranks way down his list of priorities.

He is a ‘pro’s pro’ – a term that represents the ultimate in respect and is used sparingly in the locker room. Now one of the collection of veterans in the Bombers locker room, he is saluted for his skills, for often playing hurt, for his dedication to his craft and for his ‘team-first’ approach.

That may sound hokey, but consider this character-revealing answer when we asked him to compare how he reacted to winning his first title with Edmonton in 2015, to the second with the Bombers in 2019.

“The first time… I was just so excited,” Miller recalled. “Honestly, I was focused on having my turn with the Cup in the celebration. I wasn’t trying to be selfish or anything, but I wanted to experience that. This last time I found myself sitting back and enjoying watching everybody else enjoy it. I enjoyed the moments celebrating, for sure, but it also felt like I sat back and watched everyone a bit more this time.

“Seeing Jake (Thomas) getting the cup for the first time, for example, was one of the most special moments of the whole thing. I’ve known Jake since university and seeing him being able to hold the cup first was so cool after eight years in his career. I can still see the emotion in his face as he lifted the cup over his head.” 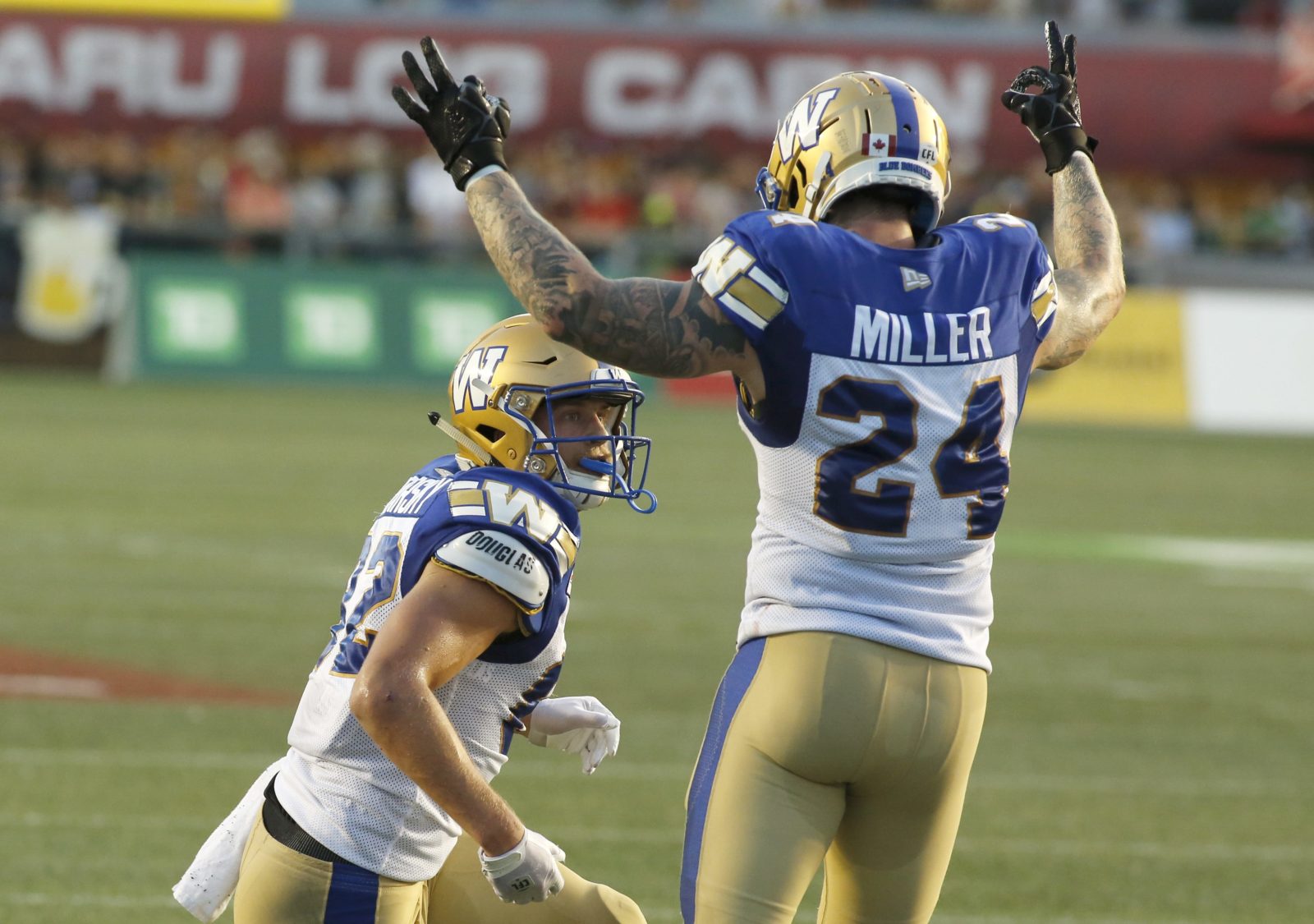 “You know,” added Miller, “the personal accolades are nice and all that, but to see those moments after being with those guys all year and knowing how they’ve battled through injuries or put in that extra time in the weight room… there’s just so much guys have to overcome to get through the season to get to that point at the end of the year.

“That’s what you want to see for your teammates.”

And, like many who have already re-signed, Miller wants to take a shot at experiencing that at least once more.

“For me… I miss football more than ever right now,” he said. “Winnipeg has just been a perfect fit for me. Every team wants to win, but you can really see it with our guys and so many of them willing to put in the extra time. There’s a huge desire to continue winning and that’s what we’ve got going on in the locker room right now.

“Winning championships is the name of the game and I can’t wait to get back on the field to play with all those guys and hopefully get another championship with them.”