The wait is over – it’s Grey Cup Sunday!

And with kickoff just a few, short hours away there’s no better time for Blue Bombers fans to scout the opponent in tonight’s championship bout.

The Hamilton Tiger-Cats finished second in the East Division this season with an 8-6 record, going 5-2 at home, before dumping the Montréal Alouettes and Toronto Argonauts in the first two rounds of the playoffs to punch their ticket to a home Grey Cup at Tim Hortons Field. The Ticats roll into this game finishing the regular season 6-1 in their last seven games.

The Blue Bombers have found great success versus the Ticats on the final weekend of the season, historically, leading the all-time Grey Cup series 6-3 since 1953. Let’s take a look at some key numbers and players from the Ticats to keep an eye on during Sunday’s matchup. 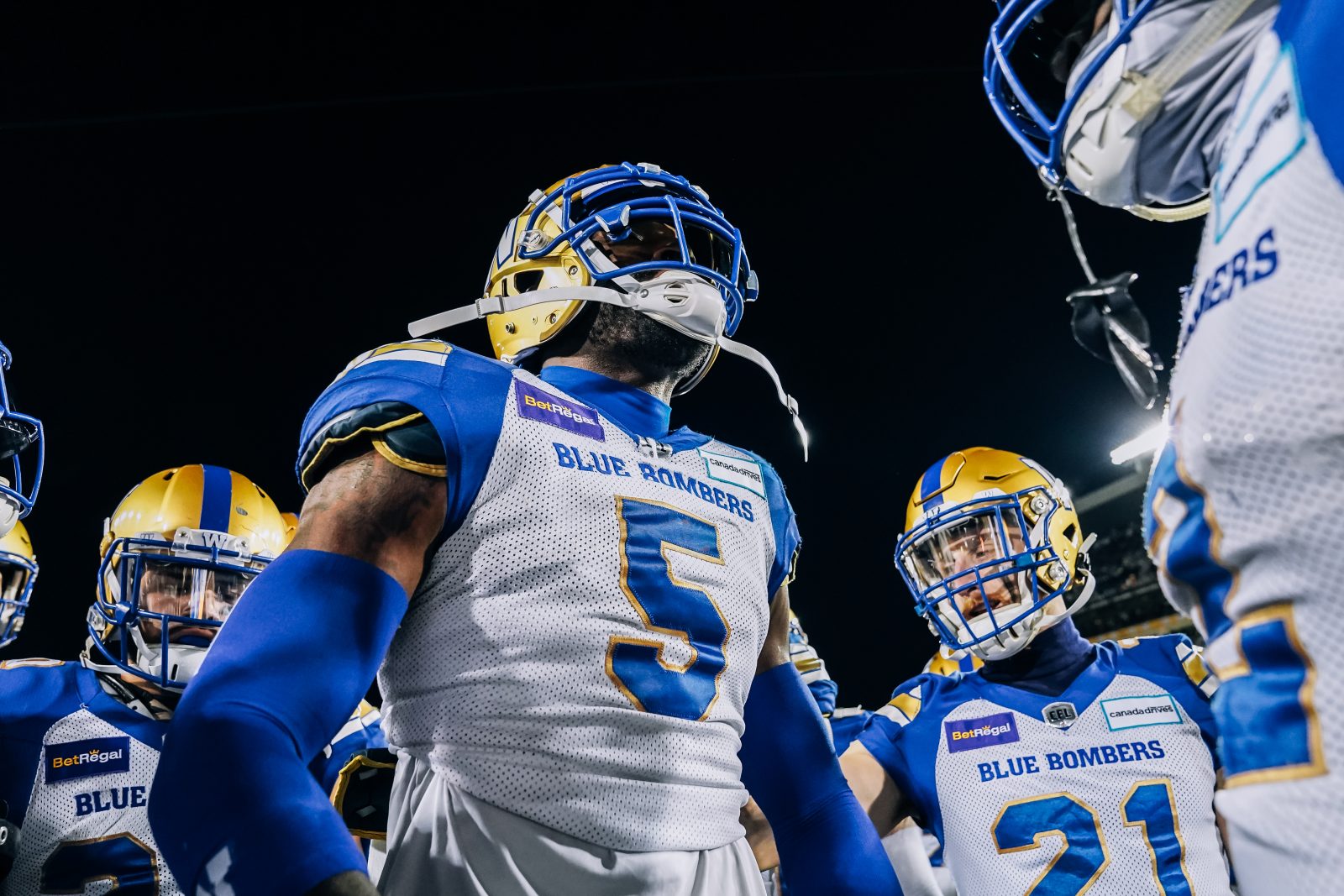 The 108th edition of the Grey Cup will feature the two stingiest defences in the CFL. The Blue Bombers were revered this season for holding opposing offences to an average of 12.9 points per game and a suffocating 30 points total in the fourth quarter all season. The Tiger-Cats, meanwhile, flew under the radar while holding offences to an average 16.1 points per game and forcing an East Division-leading 33 turnovers.

The Bombers’ rush offence and the Ticats rush defence will be a strength-against-strength matchup in this title game. The Ticats boast the most dominant front versus the run in the CFL this season, allowing a league-low 79.6 yards per game and a smothering 4.2 yards per carry. Countering that, the Bombers’ identity is rooted in the run game, leading the West Division in rushing yards and attempts this season. They stuck true to the formula in the Western Final, finishing with a season-high 34 attempts and 173 yards on the ground. It’s imperative that the Bombers impose their will rushing the ball in this game, as the Ticats can quickly force offences to become one dimensional.

While the Ticats can struggle to get after the quarterback at times – ranking fifth in sacks with 31 – they have defended the pass effectively this season. The team forced a league-high 62 pass knockdowns this season – the next closest were the Argos with 51. The secondary features a quartet of capable defensive backs, fielding three players with at least eight pass knockdowns, including the two league leaders, Jumal Rolle (11) and Kameron Kelly (10).

The Tabbies defensive unit is sure to be a tough task for a Bombers offence that posted more than 5,000 yards of offence and a leading 39 “big plays” (20+ rush gains, 30+ pass gains) in 14 games this season. 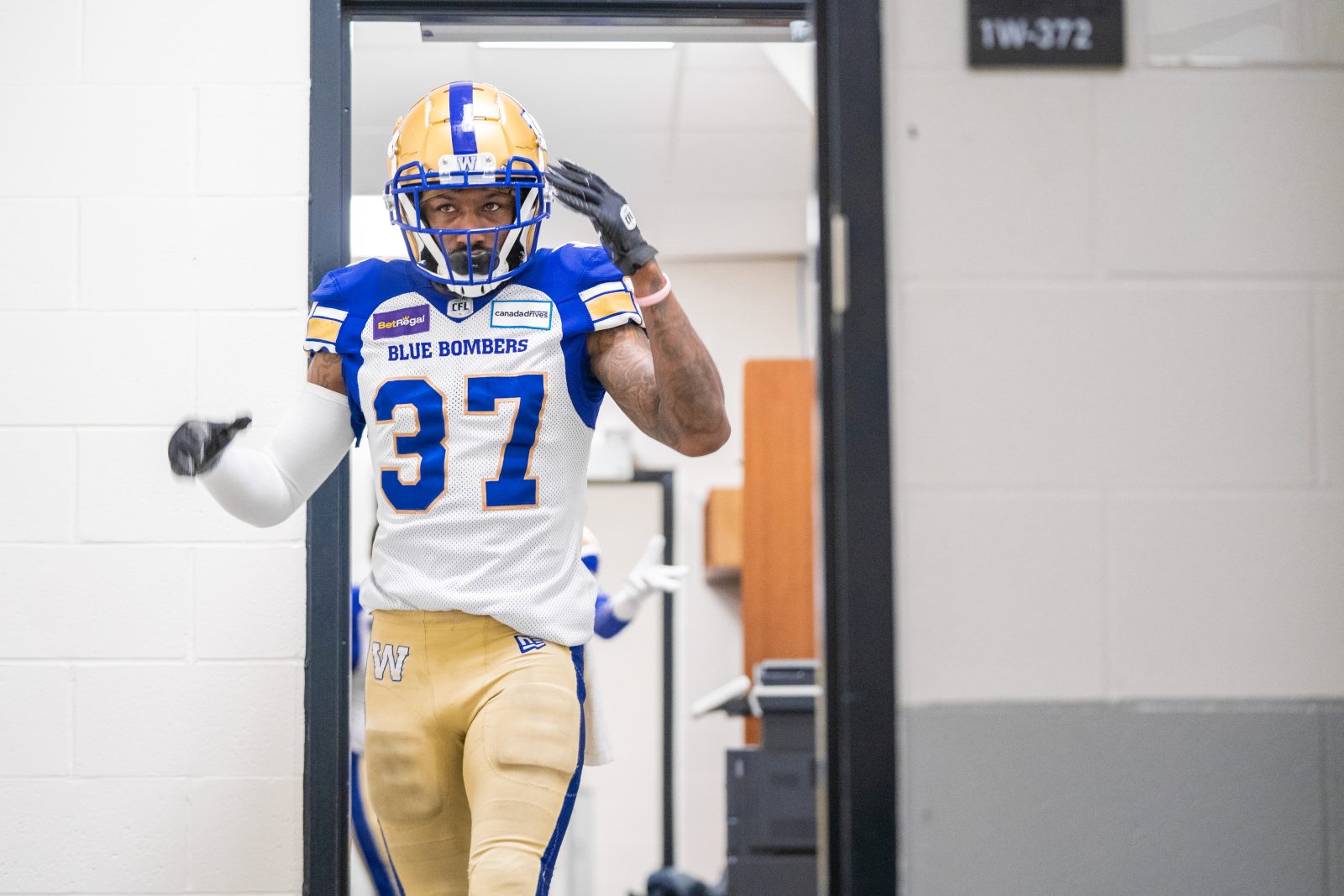 Don’t be fooled by a team with an 8-6 record and a sixth-ranked net offence. The Tiger-Cats feature an offensive unit that led the east with 35 big plays this season.

The Tabbies have shown they can gash defences with a multitude of options. In fact, the Tiger-Cats and Blue Bombers are the only teams this season with three players over 600 yards receiving, and the Ticats are the only team that has four receivers with at least six receptions of more than 20 yards.

Much of the offence was helmed by Jeremiah Masoli this season, but newly-named starter Dane Evans has been just as aggressive in limited action this season, averaging a pass depth of 11.4 yards per attempt – fifth among all quarterbacks this season. The Bombers field the most disciplined unit from the West Division, limiting opponents to just 23 big plays all season. But they will need to be prepared for quick strikes from a Ticats offence that isn’t afraid to be aggressive.

The Blue Bombers’ turnover woes in the Western Final have been duly noted leading up to Grey Cup Sunday after the team coughed up the ball a season-worst six times. The team was -4 in the turnover battle and became just the second team since 1961 to win after finishing with that margin. It was a humbling experience for a Bombers offence that finished tied for the least turnovers in the CFL (19). The team they tied with? The Tiger-Cats.

The Tabbies are just as reluctant to give the ball away, and even more so in the red zone. The Bombers finished with four red zone turnovers during the regular season (tied second-most) while the Ticats coughed it up just once in that area. Costly mistakes are tough to come by with these two offences, making the turnover battle worth tracking Sunday evening. 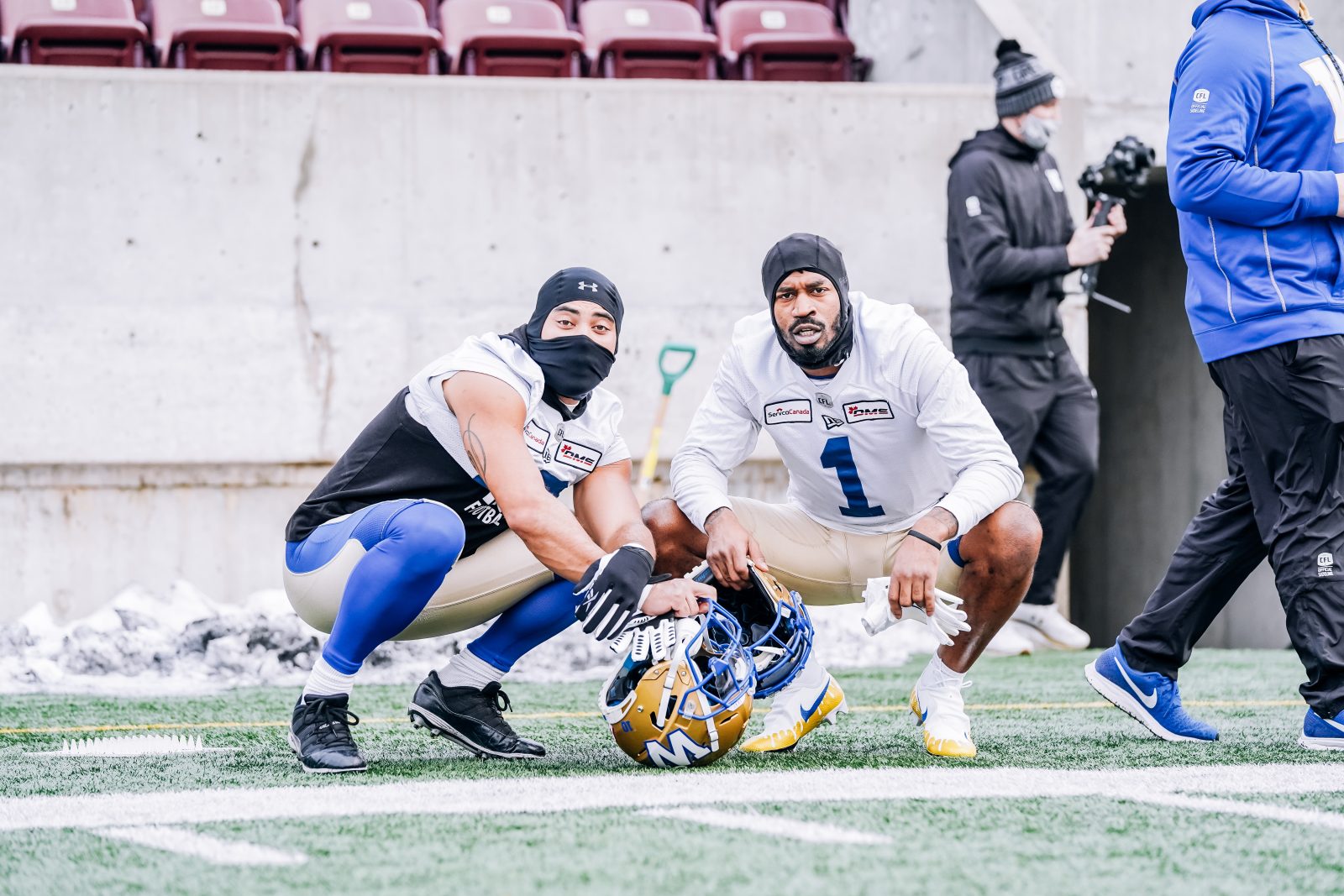 Evans is a familiar face for the Blue Bombers in this spot — he was the Tiger-Cats’ starting quarterback in 2019’s Grey Cup. The Tulsa product is coming off arguably the most impressive performance of his career versus the Argos in the Eastern Final, where he took over for Masoli in the second quarter and went on to post a line of 16-16 for 249 yards and one touchdown.

One of the Tiger-Cats’ biggest playmakers this season, White finished seventh in receptions, sixth in receiving yards (774), and fourth in yards after catch (328) this season. The Arizona State alum also recorded seven receptions of +30 yards, making him one of the threats to stretch the Bombers’ defence.

This game could come down to a big play on special teams and White is that threat for the ‘Tabbies. White only fielded six punts this season, but averaged 15 yards per punt-return. He also made a game-changing play in the Eastern Final, housing a 92 yards punt-return in the third quarter that sparked a second-half onslaught for the Ticats.

Anytime these two teams face one another, it’s a certainty that Lawrence’s name will be mentioned. The nine-year veteran received is playing in his fourth career Grey Cup and registered 73 tackles (fifth-most in the league), three interceptions, and four sacks this season. He’s the heartbeat of the ‘Ticats defence and needs to be accounted for every play.

Davis’ already-solid stock has skyrocketed in the past month. The five-year veteran recorded six sacks during the regular season, including one in each of the final two games. He’s carried that momentum into the playoffs, accounting for two sacks in each of the team’s two post-season games. The QB-hunter now has six sacks, 10 tackles, and a forced fumble in his last four games. The Bombers will need to ensure he doesn’t wreck the game off the edge.