Quick Hits from Tuesday: Day 1 of the Blue Bombers practice week leading up to Saturday’s date in Calgary against the Stampeders…

1. CONGRATS IN ORDER: Blue Bombers QB Zach Collaros, who sat out last Saturday’s loss in Montreal, was not at practice on Tuesday — and for good reason. He and his wife Nicole welcomed their second child into this world with the birth of their second daughter.

The Collaros family welcomed another baby girl into this world, by the way. https://t.co/ZLSJ6mi7JP

Asked when he might expect his QB back at the facility and on the practice field, Bombers head coach Mike O’Shea said: “I’m not sure. I told him to look after his family, so we’ll see. This is pretty important stuff, obviously, so he’ll make the best decision for him and his family and we’ll figure it out from there.
“We’ll talk further about (Collaros playing in this Saturday’s regular-season finale) in the next few days. He knows what he’s doing.”

2. ROSTER SHUFFLING: The Bombers were back at work on Tuesday and so were a handful of players who did not play in Montreal in safety Brandon Alexander, defensive back Nick Taylor, defensive tackle Steven Richardson and offensive linemen Stanley Bryant and Pat Neufeld.
Not practising were defensive ends Jackson Jeffcoat and Thiadric Hansen, defensive back Deatrick Nichols along with wide receiver Darvin Adams. Star running back Andrew Harris was in attendance, but did not suit up to participate.
Coach O’Shea said he’d like to get some players who missed last week action this week in Calgary, depending on their health status.
Others want to return simply because this is what they do.
“Any chance to get an opportunity to play you’ve got to look forward to it,” said Neufeld.  “We’ll see what happens this week with the coaching decisions but ultimately I’m ready to go if called upon.”
Asked if he needed some time off, Neufeld added: “Yes and no. I don’t know what football player wouldn’t need a couple days off at the end of a season. I’m not getting any younger, so it definitely helped the body, for sure.”

3. STUDY IT, THEN FLUSH IT: Sean McGuire took the majority of reps at practice on Tuesday in the absence of Collaros and afterwards met with the media in a Zoom call. McGuire was 11-of-26 for 149 yards with one TD and four interceptions in the loss to Montreal and said the loss and his performance ‘stung’ and ‘hurt real bad.’
“I felt that all, took that all in and then moved on,” said McGuire. “Day by day moved on, we’re on to a new week and that’s the focus.”
Three of McGuire’s four picks came on the club’s last three possessions as he tried to rally the club. He also admitted his numbers were the result of a number of factors.
“It was a combination of things — a couple bad decisions, not making throws that I should be making, that I’m capable of making,” said McGuire. “No excuses at all… it’s things that I watch the film and learn from.
“Some things it was just trying to force a ball and I knew it was a force. It’s just a thing I remember doing when I was young and in college and then you don’t do it again. Immediately I understand what I did and what I did wrong. You learn from it, move on. That’s it.”
McGuire was asked about the support he got from his teammates and coaches after the game and in the days sense and of the value in that. 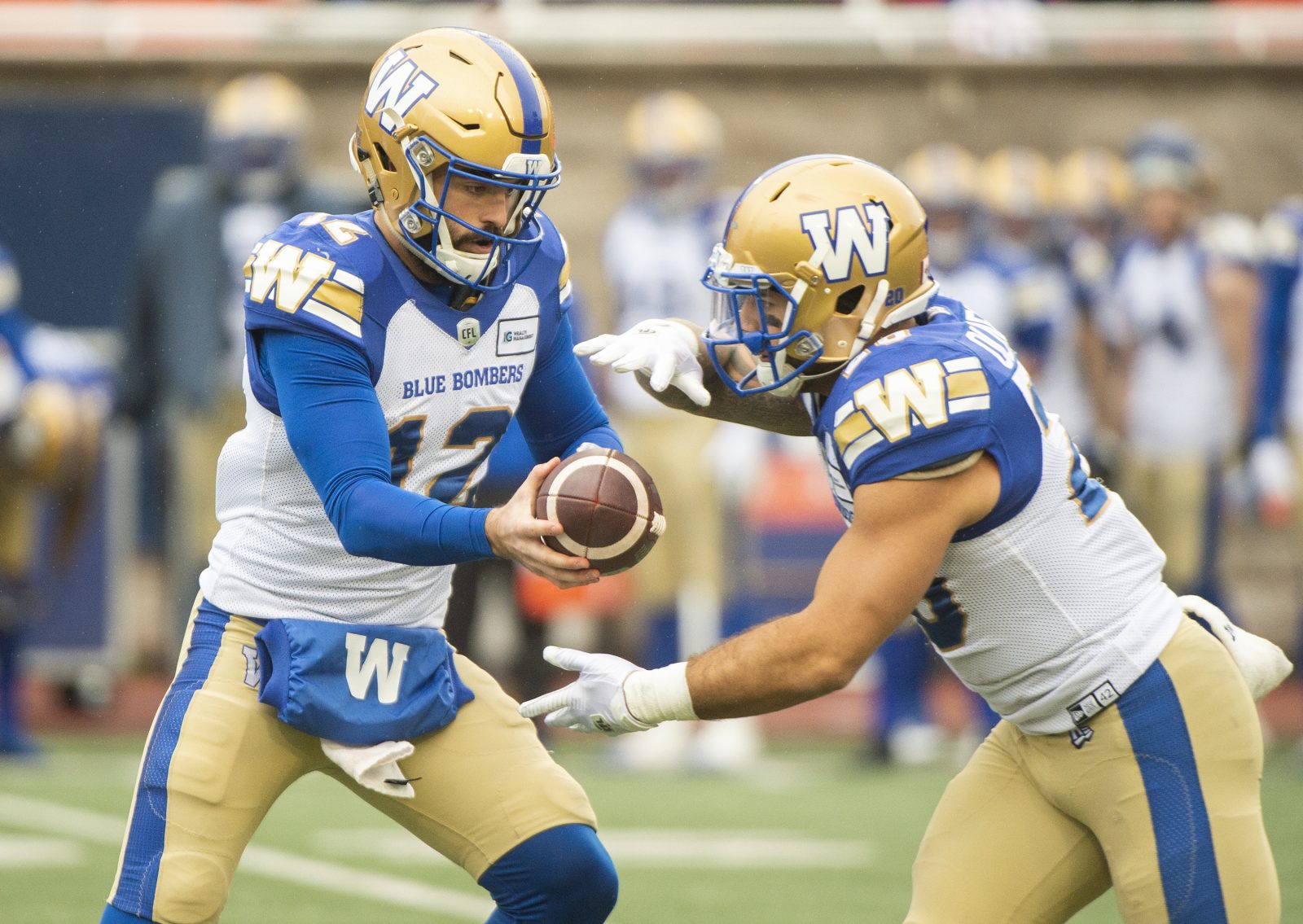 “That helped a lot,” he said. “I personally went up to a bunch of them because I just wanted them to know I appreciate them and the fight that we had the entire game… we just have good high-character guys, guys I’m very close with that I can lean on. It sucked in the moment and just being around a bunch of guys that continue to support you meant a lot.”
McGuire figures to get some work this weekend, even if Collaros is back in uniform.
“I’m excited for a new opportunity. Whatever comes, I’m excited for it,” he said. “I’m just going to move forward this week completely — I already have — and just focus on what I can do this week to get better.
“(The experience from last week’s start is) valuable. All of it was still good to learn from, good and bad. I mean, you want to learn from all good, right? But including the bad ones you just learn from it, move on and grow. That’s the biggest takeaway. I had more snaps than I’d had in years so it’s still, at the end of the day, put me in a position where I had snaps compared to when I didn’t have snaps.”

4. TOUGH CROWD: It had been almost two years between CFL starts for Bombers cornerback Winston Rose, who returned to Winnipeg after a year with the Cincinnati Bengals in 2020 and training camp this season.
And while no one would hold it against him for needing to knock off some rust, he was his harshest critic after Alouette receiver Eugene Lewis made two spectacular catches for touchdowns in last Saturday’s loss.

I’m better than that😤 smh. Watch film & learn from it. I have to do better and I will🙏🏾

“I was tough on myself because that’s not a performance I usually put out there; I usually don’t give up touchdowns and I prided myself on that because in 2019 I gave up only one touchdown that whole season,” said Rose after practice on Tuesday. “So, to give up two this past weekend I was kinda down on myself because I know I’m better than that.
“Eugene Lewis just had the best of the day. That’s what it was.”