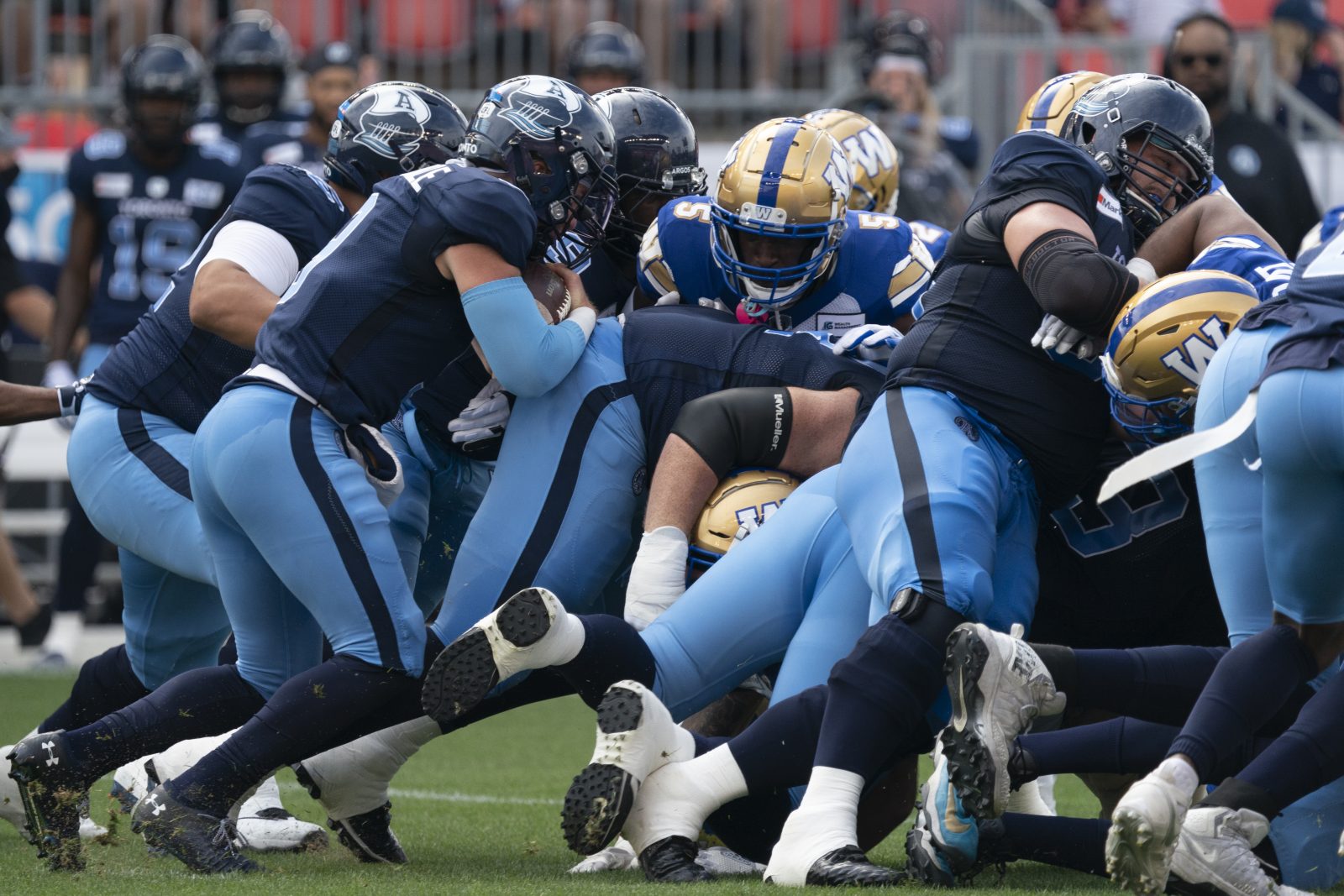 5 Quick Hits from Toronto on Saturday’s 30-23 loss to the Argonauts:

1.  OPENING THOUGHTS: It was a sloppy, mistake-filled and disjointed performance.
And, based on the Winnipeg Blue Bombers body of work dating back to Grey Cup playoff run of 2019, what unfolded Saturday afternoon in Toronto was also completely out-of-character. The Bombers dropped their first game of 2021 – and first  since October 19, 2019, a span of 672 days – in a 30-23 loss to the Argonauts at at BMO Field that featured some glaring mistakes on offence, defence and special teams. The result drops the Bombers to 2-1, while the vastly-improved Argos improved to 2-1.

2. ALARMING TALE OF THE TAPE: Again, Saturday’s loss was an across-the-board effort by the Bombers and the details are in some of the ugly numbers. Among them:

3. TOP OF THE HEAP: One of the few brights spots for the Bombers was veteran fullback Mike Miller becoming the Canadian Football League’s all-time leader in special teams tackles.

Miller registered two special-teams tackles on Saturday, and his third-quarter takedown of Argo returner Daniel Braverman gave him 191 in career, surpassing Jason Arakgi, who had 190 during his days with the B.C. Lions.

4. QB NUMBERS: Zach Collaros finished the day completing 18 of 34 passes for 204 yards with two TDs — a 51-yard strike to Darvin Adams and a six-yarder to Rasheed Bailey – and one interception. Toronto’s Nick Arbuckle was 23 of 32 for 310 yards and one TD to DaVaris Daniels.

5. FYI: The Bombers inactive player for the third straight week was OL Geoff Gray… Darvin Adams returned to the lineup for the first time in ’21 and finished with two catches for 57 yards… Rasheed Bailey’s TD was his second in as many games…Winnipeg had only four first downs and 94 net yards offensively in the first half… Jackson Jeffcoat was sensational with three tackles two sacks and a pair of forced fumbles.