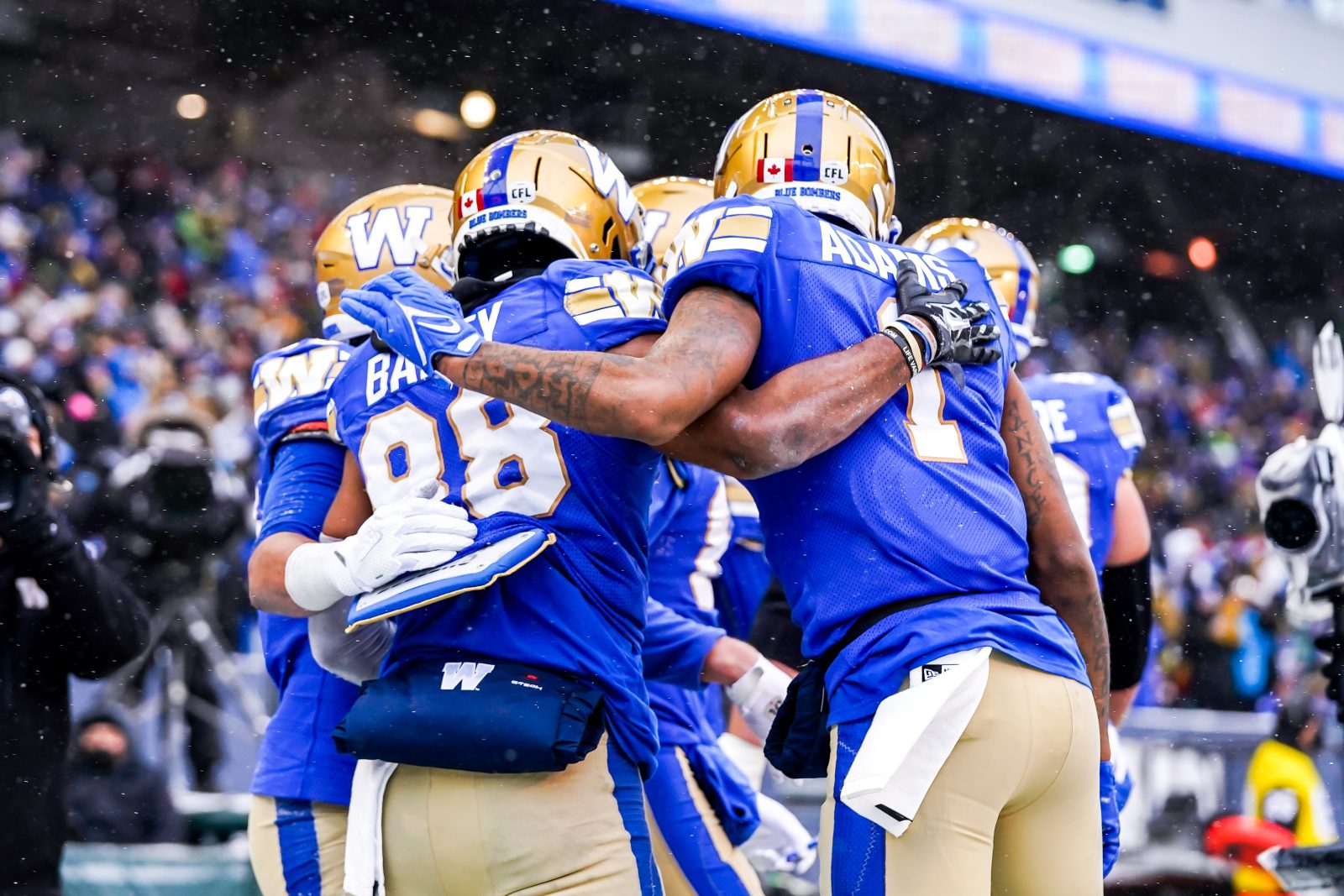 1. OPENING THOUGHTS: They spit it up and coughed it up and, perhaps caught up in the holiday spirit, seemed determined to gift-wrap a berth in the 108th Grey Cup. Yet when it mattered most — and with their season at risk of being snuffed out a week too early — the Winnipeg Blue Bombers overcame all their mistakes and self-inflicted wounds by doing what they have done so often in 2021: imposing their will on an opponent before delivering a knockout punch.

Yes, for all the forgotten lines and flubbed scenes, the Bombers are headed to next week’s Grey Cup after a 21-17 victory over the Saskatchewan Roughriders in a thrilling Western Final that had more twists and turns than the Assiniboine River. And so next Sunday’s Grey Cup at Tim Hortons Field in Steeltown will be a rematch of the 2019 championship, as the Hamilton Tiger-Cats knocked off the Toronto Argonauts 27-19 in the Eastern Final to punch their ticket to a championship game in their own backyard. Trailing 17-14 after three quarters, the Bombers got a fourth-quarter QB-sneak TD by Sean McGuire and some superb work by their defence to shut-out the Riders 7-0 in the final 15 minutes en route to the win.

Back and forth we go!!@Wpg_BlueBombers take the lead back! #GCPlayoffs pic.twitter.com/vZfBdLuldY

2. SLOPPY, MESSY, RUSTY: The Bombers opened the game with the ball and the wind at their backs and got to work instantly, marching into the red zone in five plays. Alas, Nic Demski bobbled a pass from Zach Collaros in the end zone, with Ed Gainey of the Riders snatching the mistake out of the air. Next possession, same result as a Collaros completion to Drew Wolitarsky was fumbled at the Saskatchewan one-yard line and then returned 94 yards by Elie Bouka. That set up the first Rider TD against the Bombers this season on a one-yard run by William Powell.

The attack steadied on its next touch as Collaros found Rasheed Bailey for an 11-yard score to even the score 7-7 after the first. But the mistakes carried into the second quarter as Collaros threw interceptions on back-to-back possessions, giving the offence four turnovers on five possessions. Just to put that into perspective, in five possessions the Bombers had more turnovers — four — than they had in all but one game this year, with the exception being the second-last game of the regular-season in which the club rested a bunch of starters, including Collaros, and turned the ball over five times.

Amazingly — check that — shockingly, the mistakes continued into the second half as the Bombers turned the ball over a sixth time on downs when punter Marc Lieggho was stopped on what might have been a fake-punt attempt that he pulled down instead. Winnipeg forced two turnovers of their own — a Cody Fajardo fumble and a turnover on downs at the end of the game — but still lost the turnover battle 6:1.

3. HEART AND SOUL HARRIS: Andrew Harris, the face of this franchise since his arrival in 2016, authored another epic playoff performance. Shrugging off weeks of rust the hometown hero rushed 23 times for 136 yards and a TD in an awe-inspiring performance.