1. THAT’S A WRAP: The Blue Bombers wrapped up the third and final day of rookie camp in windswept and chilly conditions. Even as discussions ongoing on a new collective-bargaining agreement between the league and the CFLPA — the current deal expires on the weekend — more and more veterans have been spotted rolling into town, with Jackson Jeffcoat and Rasheed Bailey among the most-recent arrivas. 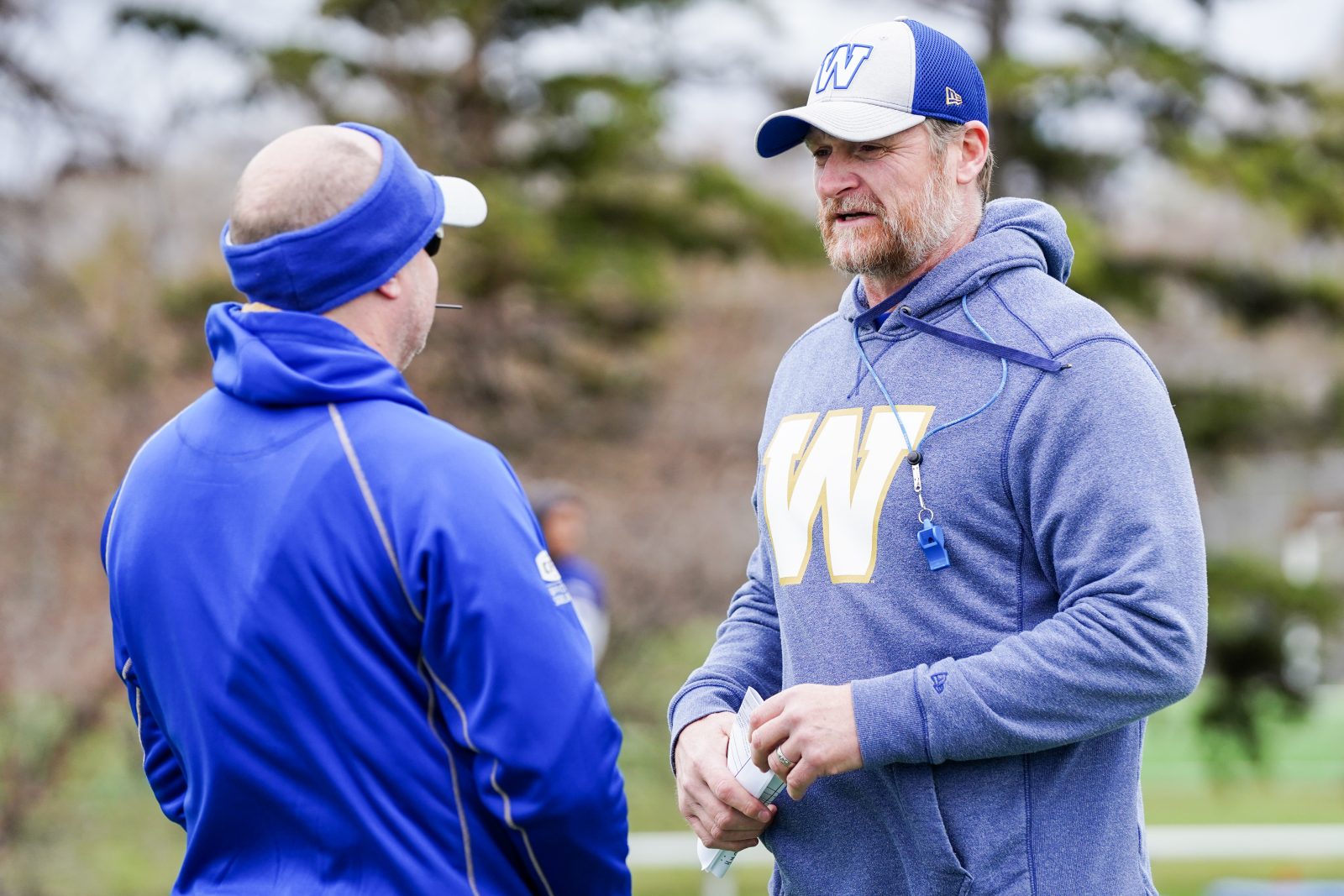 Saturday is medical day in Bomberland, with main camp scheduled to open Sunday morning. And as head coach Mike O’Shea said earlier in the week, rookie camp is as much about getting the new faces ready for main camp as it is about evaluation.
“You’d like another day — you only had one day in pads, so you’d probably like to have one more day like that,” he said. “But for the most part I believe this guys now, especially when the vets come in, they’re going to have a foundation. They’re going to hear the installs (defensive, offensive and special-teams schemes) again and it’s going to feel good hearing it for the second or third time.
“They’ve got a day (Saturday) to draw plays up and study and recuperate and get their bodies back. I do believe (rookie camp) served its purpose.”

2. THAT WHICH DOESN’T KILL YOU…: Ali Mourtada arrived in Winnipeg last year with the Blue Bombers already on the hunt for kicking consistency. He got his shot, going 8-of-15 before the club made the deal with the B.C. Lions to land veteran Sergio Castillo.
Now, with Castillo having left in free agency for Edmonton, camp will open Sunday with Mourtada and Marc Liegghio battling for the placekicking chores.
“Last year… obviously you want to come in and be great all year,” said Mourtada. “But I don’t know one person who hasn’t gone through adversity and we can grow from that — you can become stronger, you can become not only a better person, but a better athlete. We’re all going to through some sort of obstacle, so I’m just thankful to be here. I really learned from that experience. It kind of calluses you a little bit to come in and do the job. Although it wasn’t ideal, I think it was the best experience for me.

3. HE WHO HESITATES DISINTEGRATES: O’Shea was asked Friday about what advice he’d offer to all players heading into main camp.
His answer was hardly subtle, but to the point — just like the man himself. 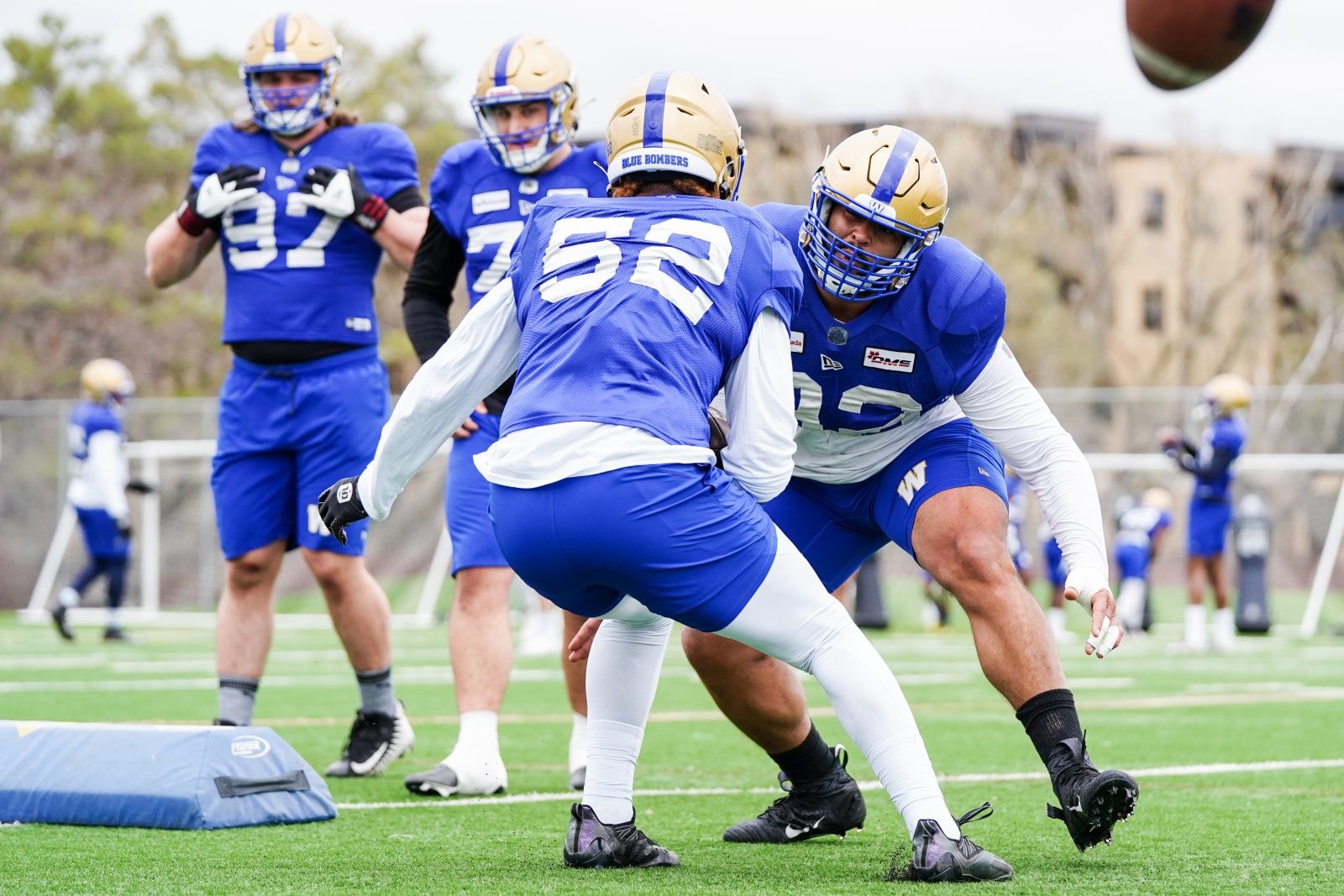 “They do have to show us they can make plays. That’s important. There’s certain things we’re going to look for,” he said. “We want guys that are getting better every day, learning every day. And then on the field it’s hard to show the physicality because of the way we practice… you’d like to see some of it, that they have it. I don’t think they’d be here if they showed on tape they weren’t physical players or didn’t have it in them. And then you want to see them make some plays. You want to something to jump out at ya, you want to notice them.
“I don’t know that guys should sit back and wait for things to come to them. I think they should try and go out there and take a play and make sure they make their mark that way.”

4. FYI: A number of kick-return candidates were getting extended looks on Friday, including receivers Keyion Dixon, Lucky Jackson, Whop Philyor, B.J. Muckelvene, Antonio Nunn and Blake Jackson as well as running back Shane Simpson… LB Darian Taylor had an impressive start to rookie camp, but missed a good chunk of Thursday’s session and all of today’s. Also on the mend are LB Robbie Lowes and DT Jeremy Kapelanski… The Bombers made a pair of roster moves on Friday, releasing receiver Tavonn Salter and transferring to the suspended list RB/receiver T.J. Hammonds… Mourtada on kicking in today’s gale-force winds: “Do you guys play golf? It’s the same thing. You’ve got to understand what iron you’re using. Today, going into the wind you’ve just got to take that trajectory and bring it down a bit to really cut through because at any point if (the kick) goes up it’s going to hit a wall and it might even come back to you.”… It’s good to have friends:

Got stuck in a tornado and power outage last night, no gas anywhere, and even AAA couldn’t help me. I googled CFL players from here and @jake_wieneke & @BIGPLAYVA3 saved me.
Gotta love that brotherhood #CFL

5. QUOTABLE: One more from O’Shea, when asked about going for a third-straight championship and whether everything in Bomberland, especially the winning culture having been established:
“It starts with this: we’re really only trying to win one championship this year, right? That’s all it’s about. We’re going to have different guys on our team, so it’s going to be new for everybody. I do think that although we have laid a good foundation and we like what we see in some of the things we’ve built here, there’s still a part that says you’ve got to tear a bunch of it back down again and rebuild it again, so everybody learns again from that foundation.
“I don’t that feeling comfortable is going to serve us at all. That’s the worse thing you can do, is feel comfortable.”