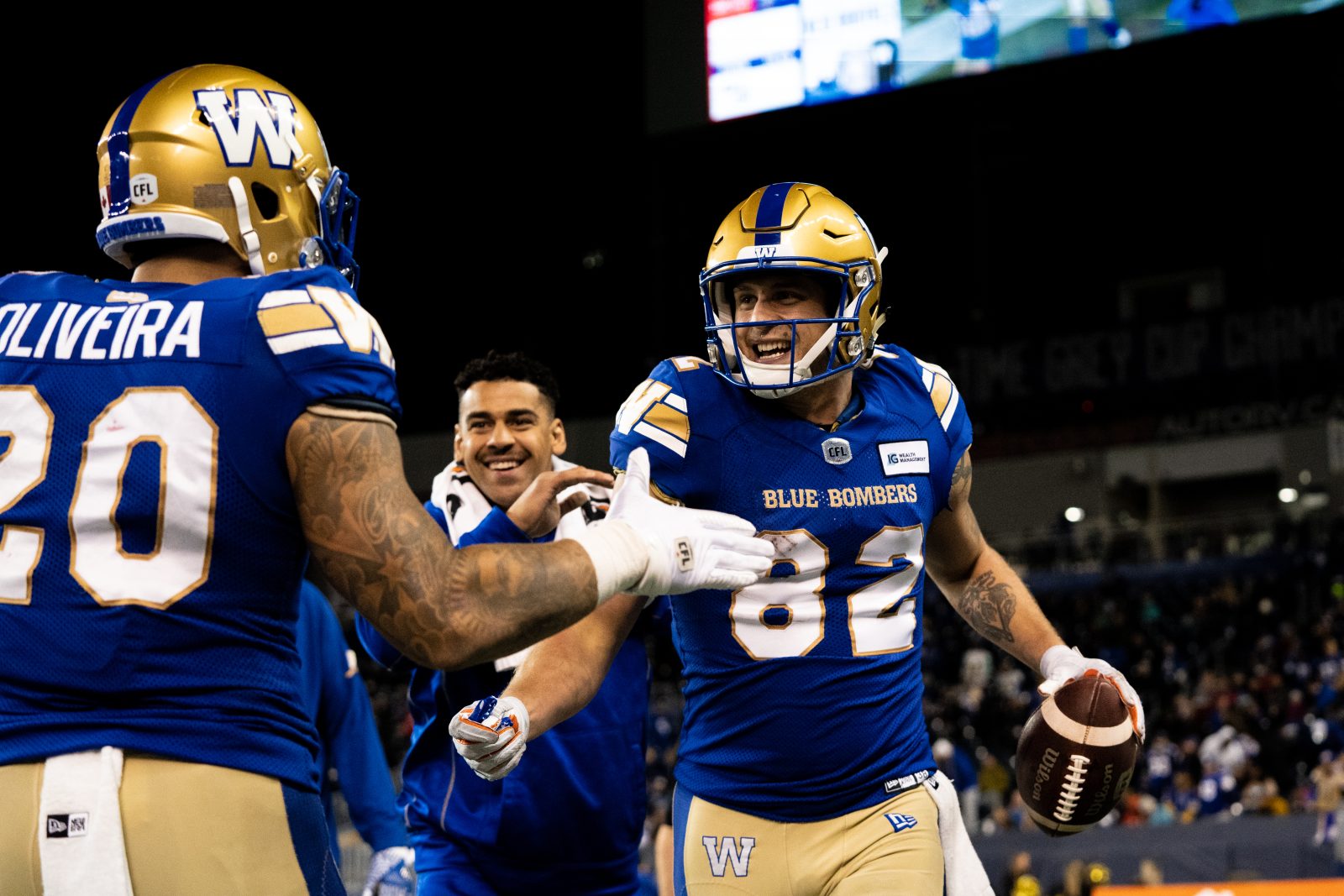 1. OPENING THOUGHTS: Maybe there were some doubts or concerns floating out there — and that’s likely a big, fat maybe based on their body of work and the man in charge — but if there were, the Winnipeg Blue Bombers erased them with their latest in a series of solid performances.

Despite having already clinched a playoff spot and first place in the West Division, the Bombers kept their foot jammed down on the gas pedal in a 31-21 win over the Montreal Alouettes in front of 22,933 on a pristine fall night at IG Field. The win, the ninth straight for the Bombers, improves the club to 11-1. The Als, meanwhile, fall to 6-6.

Worth noting – especially as the next game at IG Field is the West Final on December 5th: the Bombers finished the season a perfect 7-0 at home, the first time since going 8-0 at old Winnipeg Stadium in 1984. There’s more: Winnipeg is now 18-1 in its last 19 at home dating back to the fall of 2018.

2. FOURTH-QUARTER MAGIC: The Bombers took some punches from the Alouettes, who were full credit for battling to a 21-21 tie after three quarters.
And that’s when the Bombers did their fourth-quarter thing… again.

Winnipeg got a Sean McGuire QB-sneak TD early in the fourth quarter to put the Bombers up 28-21 and then the defence did its thing with two interceptions — one by Adam Bighill, the other by DeAundre Alford – and added a field goal shut out their eastern opponents 10-0 in the final frame. It marked the 10th time in 12 games the Bombers have shut out their rivals in the final 15 minutes and Winnipeg’s cumulative points for/against total in the fourth quarter is now an astonishing 116-6.

3. QB NUMBERS: Zach Collaros played the whole game for the Bombers and finished the night by completing 21 of 33 passes for 280 yards with TD strikes to Nic Demski and Drew Wolitarsky.

Demski with the USER juke 🎮 pic.twitter.com/RUiO0AWlCR

The Blue Bombers TIE IT UP! pic.twitter.com/KrNP1SClsq

Montreal’s Trevor Harris finished the night 14-of-25 for 177 yards with two TDs and two interceptions.

4. THE ‘NEW’ GUYS: The Bombers welcomed back a couple of familiar faces in kicker Sergio Castillo and cornerback Winston Rose. Rose did his thing at the one corner, while Castillo connected on three of his four field-goal attempts, from 22, 34 and 47 yards. He did miss from 38 yards.

5. FYI: The Bombers were without RB Andrew Harris and RT Jermarcus Hardrick, with Hardrick listed as the inactive player… Wolitarsky’s third-quarter TD was his first of the season and first since a win over the Alouettes on Oct. 13, 2019… Collaros went over 20,000 passing yards in his career in the win and pushed his record to 15-1 as a starter here in Winnipeg.