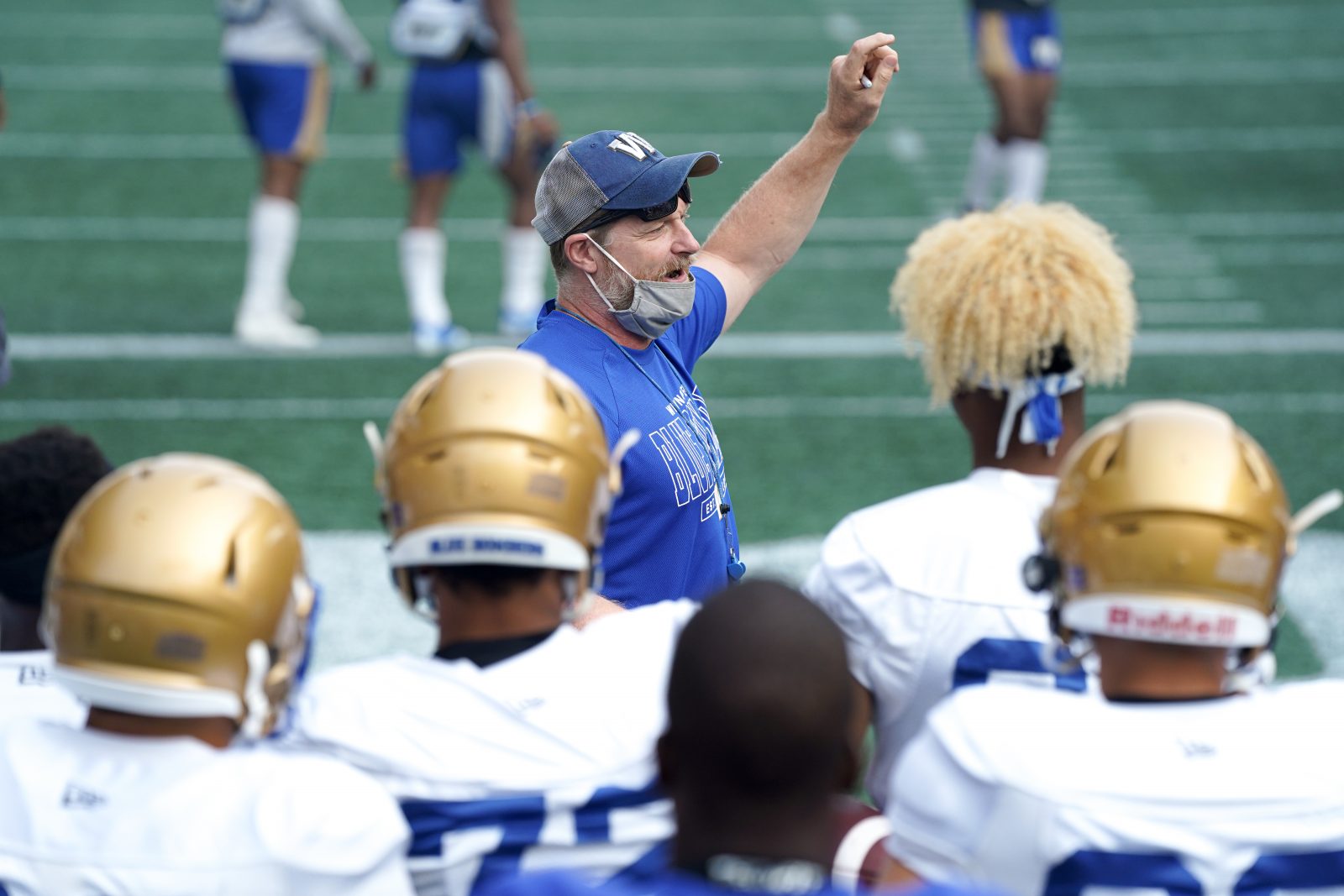 1. NEW CFL GAME-CANCELLATION POLICY: The CFL issued a press release Tuesday that outlines the policies which will be applied to any game cancellations caused by COVID-19 issues — a policy that follows what the NFL has previously implemented.
Under the new guidelines, if a game can’t be played or rescheduled and one club is suffering from COVID-19 issues, that team will forfeit the game and be given a loss, while their opponent will be credited with a 1-0 victory. If both clubs are having COVID-19 issues, the game will be forfeited with each team assigned a loss.
In both circumstances, if a team can prove 85 per cent of its players have been vaccinated at least once, its players will receive their full salary. If it falls below that number, the entire team will not receive its salary.
“Our goal is to ensure we have zero game cancellations due to issues caused by an outbreak of COVID-19 within our football operations,” said CFL commissioner Randy Ambrosie. “While this policy spells out what will happen if cancellations do occur, its main purpose is to encourage all of our players to get fully vaccinated in order to minimize the risk to our season and, most importantly, their health and safety.”
The league said that as of the roster cutdown last week, 79 percent of CFL players are fully or partially vaccinated. Three teams have more than 85 per cent of their players vaccinated with the other six teams having vaccination rates ranging from 67 to 81 per cent. As well, the league announced its most-recent testing results and from July 15 to the end of training camp last Friday, 6,000 tests were administered to Tier 1 personnel, which included players, coaches and support staff with zero positive results.
The full press release can be read here:

CFL moves to prevent game cancellations due to COVID-19

“One of the things we talked about as a team was it wasn’t just about getting started, it’s making sure we finish,” said Bombers head coach Mike O’Shea. “So, we’ve got to be vigilant for the entire year to make sure we play all our games, not just some of them.”

Today’s practice was closed to the media, but it’s hardly a newsflash now that Brady Oliveira has had the bulk of the work at RB with Andrew Harris on the mend, along with Johnny Augustine. Charles Nelson is working with the starting offence in place of Adams, while Jontrell Rocquemore has been in Wilson’s spot in the linebacking corps.

3. HIGH PRAISE: The Bombers have been gushing about No. 2 QB Sean McGuire dating back to 2019. And here’s more, as Nic Demski offers up his take on the man listed behind Zach Collaros on the depth chart:
“Sean’s an intense dude, man. He’s passionate about this. He wants to come in here and he wants to learn, he wants to lead. He’s a humble player as well. I know if it’s his time to shine he’s going to come in there and give it his 100 percent and play good football for us. Having a Zach in front of him I know he’s taken every day of being under Zach’s wing. Sean grew a lot as a player for us in 2019. Honestly, the sky’s the limit for him this year and in the future.”
Asked what stands out most about McGuire’s game, Demski added: “It’s the way he conducts himself and he conducts his huddle. He’s vocal, he’s passionate and for me as a receive I want someone who is going to be passionate about the game just like me. I hold a lot of high praise for Sean. I think he’s a great player.”

4. HIGH PRAISE FOR THE OTHER SIDE: The Bombers have a ton of respect for Hamilton Tiger-Cats QB Jeremiah Masoli and his ability to move around the pocket and take deep shots. Thursday’s game will be the first for Masoli since he was injured in a win over Winnipeg in late July of 2019.
“You do have to go back and watch film on him — how he moves, what he likes to do, things like that,” said Bombers safety Brandon Alexander. “Definitely (we watched) a couple of the beginning games in 2019 and a couple years before as well. You can prepare for as much as you can for that guy, but when he gets on the field I expect him to be 1oo percent. I expect him to be Jeremiah Masoli and for him to make plays as he usually does. He works that pocket very well, he knows how to maneuver so well and then get guys open to buy more time for himself and be able to throw those deeper balls. I expect him to come back and really be Jeremiah Masoli. That’s what we’re preparing for.”
Added defensive end Jackson Jeffcoat: “The guy is very resilient. He stays in the pocket, he can take a hit and still connect on long balls with pressure in his face, being tackled. He does a good job of extending his plays, slipping tackles. He doesn’t look to run, but he can run if he wants. He’s just an all-round athletic guy so he’s a guy you have to make sure you contain and keep him uncomfortable and let him sit back there and play 7 on 7.”

5. All-RIGHTY, THEN: The CFL.ca’s first Power Rankings are out and the Bombers, defending Grey Cup champions, are listed at…. #3.