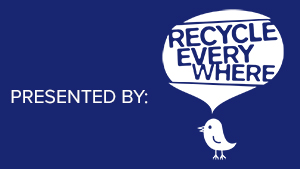 It was spring in Winnipeg in 1930 – the early days of the Great Depression – when Leland ‘Tote’ Mitchell gathered together some local businessmen discuss the future of rugby in our fair city.

A World War I vet, Mitchell had helped run the Tammany Tigers rugby club and taken them to the 1925 Grey Cup where they fell 24-1 to the Ottawa Senators.

The Tigers played their last game in 1929 and a year later morphed into the Winnipeg Football Club, which swallowed up the Garrison – made up of Army servicemen – and then merged with the St. John’s Tigers in 1933.

The ‘Winnipegs’, as they were known then, fell to the Toronto Argonauts in the 1933 Grey Cup semi-final, but were back two years later to make history.

Yes, on December 7, 1935 the ‘Winnipegs’ captured the 23rd Grey Cup with an 18-12 victory over the Hamilton Tigers in front of 6,405 fans at the Hamilton Amateur Athletic Association to become the first team from Western Canada to win the championship. Critical in the win was the work of the franchise’s first superstar, Fritz Hanson, who scored the game-winning touchdown on a 78-yard punt return in the third quarter.

The headline in The Winnipeg Free Press the next day screamed: ‘Zowie! ‘Pegs Win.’

It was during an exhibition game with the University of North Dakota when the Winnipeg Football Club was first called the ‘Blue Bombers.’ Free Press sportswriter Vince Leah referred to the team as the Blue Bombers – they were now wearing blue uniforms after beginning in green – in a reference to boxing heavyweight champion Joe Louis, aka ‘The Brown Bomber.’

The Blue Bombers would fall 4-3 to the Argonauts in the 1937 Grey Cup and then 30-7 in another matchup with their eastern rivals in the 1938 Grey Cup. But in 1939, the club would close out its first decade in existence by claiming its second championship in an 8-7 victory over the Ottawa Rough Riders. The Blue Bombers TD came from Andy Bieber, while Art Stevenson would kick the winning point with 45 seconds remaining. Hanson was again spectacular, with 126 yards rushing in the victory.