The Winnipeg Blue Bombers open training camp July 10th. This is the sixth in our annual positional-preview series leading up to the first day…

One day in the future – maybe it’s within a calendar year, maybe it’s not for another two-three-four-five years – Andrew Harris will walk into the football operations offices of the Winnipeg Blue Bombers and make this declaration:

It seems that until then, however, he’ll just keep on kicking Father Time’s backside all over the place while further cementing his place in the Canadian Football Hall of Fame.

Of this, there is no debate: the Blue Bombers star running back turned 34 in late April and missed out on adding to his legacy numbers with the cancellation of the Canadian Football League’s 2020 season. That legacy already includes being a five-time CFL All-Star, the league’s Most Outstanding Canadian in 2017, the first player in Grey Cup history to be named the MVP and top Canadian, the CFL’s all-time leader in yards from scrimmage and rushing yards by a Canadian.

So the question on everyone’s lips as camp opens this week is this: will the year away from the game refresh and revive the Winnipeg product, or lead to rust that pushes him to the end of his career?

In any case, Harris has stressed over and over again during this long absence that the fire still burns in his belly and that massive chip on his shoulder that has been his trademark very much remains in place.

It should be said, then, that with the Bombers entire starting O-line returning Harris has a real shot at chasing his fourth consecutive rushing title – a feat that hasn’t been done since Mike Pringle of the Montreal Alouettes from 1997-2000.

The Bombers have brought in a couple of intriguing American prospects in Joshua Caldwell and James Williams, but it’s the homegrown depth behind Harris that means the club will keep the spot Canadian now and, possibly, in the years ahead.

Johnny Augustine proved to be a solid replacement when he filled in for Harris for two games in 2019, and in Brady Oliveira and 2021 CFL Draft pick Kyle Borsa the Canadian RB cupboard is well stocked. Veteran Mike Miller remains a lock at fullback and as a force on special teams, where he is poised to become the CFL’s all-time special-teams tackles leader.

In the end, though, as the Bombers ready to begin preparations on a condensed season, the focus will remain squarely on Harris – and with good reason. He is now a 19-to-10 favourite to win the rushing crown again and 9-to-4 to win the Most Outstanding Canadian award.

And bold is the bettor who puts down money against him. 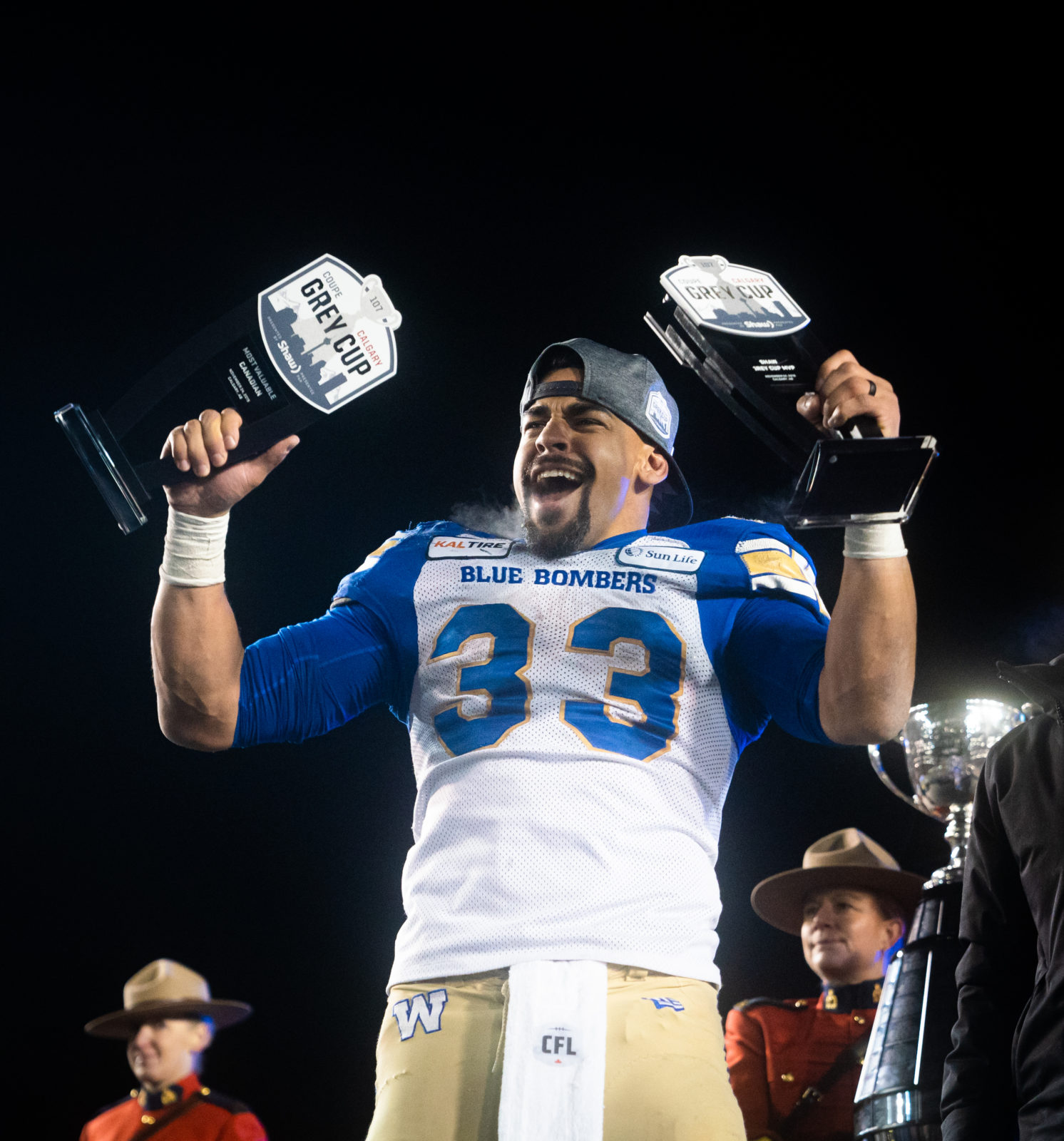 A LOOK AT THE RUNNING BACKS

Selected in the 5th round, 39th overall, of the 2021 CFL Draft, Borsa isn’t just an intriguing prospect to line up behind Harris, Augustine and Oliveira on the RB depth chart, but could also get some work at slotback. In many ways, he could be a clone of Nic Demski – a versatile athlete who could line up in the slot and then get the occasional carry out of the backfield. In any case, his first route to a roster spot will be on special teams.

Oliveira suffered a leg injury in the second game of the 2019 season and while he busted his backside to return to practice later that season, he did not see any game action again. A finalist for the Jon Cornish Trophy as the most outstanding Canadian in college football in 2018, he very much remains an intriguing prospect.

During his four seasons as a Blue Bomber Andrew Harris has pulled in 300 passes – an average of 75 per year. That’s an astonishing number for a RB, and more than any other Bombers player, with Darvin Adams second over that span at 235.