The Winnipeg Blue Bombers open training camp July 10th. This is the seventh in our annual positional-preview series leading up to the first day…

It is a collection of men that is more hard-hat and lunch-pail than being all about flash and style.

Oh, they can sparkle brightly on occasion – see: 2019 Grey Cup playoffs – but are more often simply about getting it done while doing the unnoticed dirty work that comes with the gig.

To that end, the fact that the Winnipeg Blue Bombers return all five starting receivers from the ’19 Cup run – wideouts Darvin Adams and Drew Wolitarsky and slots Nic Demski, Kenny Lawler and Rasheed Bailey – is welcome news as the club begins its championship defence all these months later.

Of course, we’d be remiss if we didn’t also mention who isn’t here, as free-agent addition Bryant Mitchell was to provide another big-play element to the attack before he opted to retire this spring. The fact that the club pursued and signed him does indicate it is seeking more targets for the receiving corps, with the candidates likely coming from the 15 fresh faces scheduled to report to camp this week.

Interestingly, outside of Adams – who is the veteran of the group at 31 and has two 1,000-yard seasons to his name – this is a group that also appears to have more to give, especially with Lawler, Demski and Bailey all 27 and Wolitarsky still just 26.

Adams posted back-to-back 1K seasons in 2017 and 2018 before having what he called a disappointing ’19, although he was sensational in the playoffs. Lawler led the Bombers in receiving yards at 637 on 46 receptions while being named the team’s Most Outstanding Rookie; the spirited Bailey made only four regular-season starts and then three more in the playoffs; Wolitarsky has nine TDs in the last two years while the multi-dimension Demski was one of a handful of players who found an extra gear when it mattered in November of ’19.

The yardage and reception numbers for the Bombers receivers were down in ’19 – Lawler’s 637 was the lowest total to lead the club since Bob LaRose’s 587 in 1975 – due to the club’s focus on pounding the ball, especially with three different quarterbacks having starts in Zach Collaros, Matt Nichols and Chris Streveler.

It’s the upside of the current starting crew along with Adams, plus the big-play potential of receivers/returners Janarion Grant and Charles Nelson could bring to the attack, plus a collection of new faces led by one-time Chicago Bears star Cam Meredith that will certainly have new offensive coordinator Buck Pierce rubbing his hands together like a mad scientist.

All the ingredients seem to be in place. Now it’s up to Pierce, Collaros & Co. to turn it into an even more potent concoction. 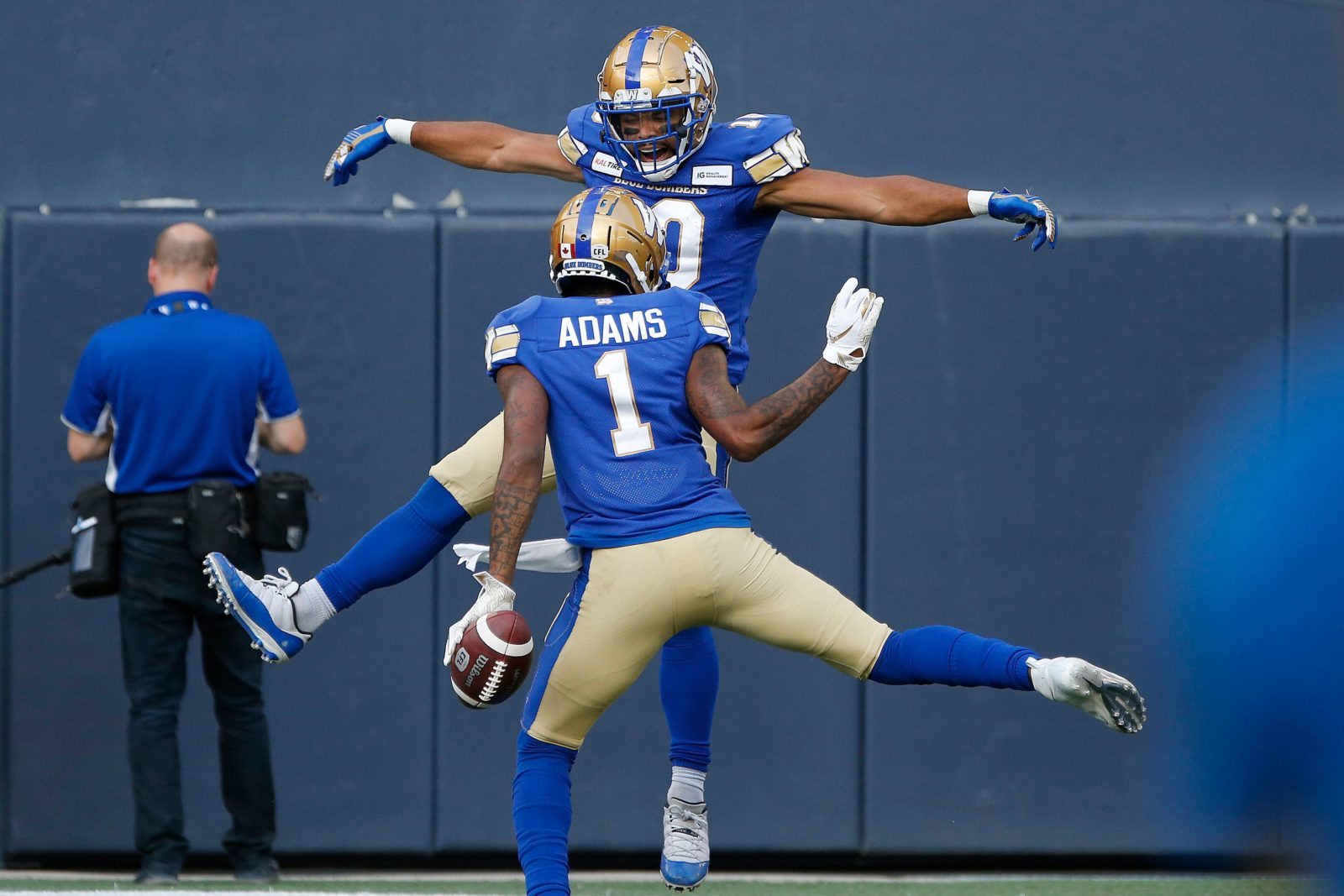 A LOOK AT THE RECEIVERS

We told you of his signing on Canada Day and the man’s resumé sparkles. There will undoubtedly be questions about whether his knee is 100 percent, but if the hinge holds up the Bombers could be adding another game-breaking receiver to their arsenal.

Lawler already lead the Bombers in receiving, as a rookie back in 2019, so calling him an ‘X Factor’ might seem a bit of a reach. But like many players who enter their second year in the CFL, Lawler could be on the verge of posting gaudy totals as the game slows down for many as they master the ‘Waggle’ and other tricks of playing receiver in the three-down game and on a wider field. He also rather quickly established a chemistry with QB Zach Collaros when the veteran arrived at the CFL trade deadline.

The Bombers finished first in rushing yardage in 2019, but was last in the CFL with 3,819 yards through the air. Again, much of that has to do with starting three different QBs, but that total was the lowest for the club through the air since 2009, when the passing yardage was 3,600.