He’s up there in rarefied air, already listed among the greatest linebackers in Canadian Football League history.

Winnipeg Blue Bombers’ middle linebacker Adam Bighill is a six-time CFL All-Star and the reigning CFL Most Outstanding Defensive Player, an award he has now captured three times in his career.

And here’s the thing – at 33 and in the best shape of his career, there are few doubting that Bighill could add to that total in what we have often referred to as his ‘legacy years’; meaning that anything he accomplishes at this stage in his career only add to his legend.

Bighill will once again anchor the Blue Bombers linebacking corps, a unit that features very little change heading into the 2022 season. (Note: the strong-side linebacker position is now more commonly referred to as a ‘dime’ and will be listed at the defensive back spot in our positional preview series). He is coming off a season in which he was again all over the field, registering 70 tackles, two quarterback sacks, two interceptions and two fumble recoveries – one for a touchdown.

Joining Bighill will be the somehow still underrated Kyrie Wilson at the weak-side linebacker spot. It was Wilson who made the game-ending interception in overtime in last December’s Grey Cup victory and he’s shown a knack for being a big-time producer on the grandest of stages, as his performance in the 2019 championship game was one of his best in Blue Bombers colours.

That duo will be supported by some familiar faces in veteran Canadians Jesse Briggs and Shayne Gauthier, along with second-year homegrown products Tanner Cadwallader and Robbie Lowes. Two other Canadians have been added in Eric Mezzalira, who played 22 games with Calgary in 2018-19 and spent last year on Toronto’s practice roster, and Western University product Antonio Valvano.

As of this writing, the Blue Bombers have signed only one other linebacker candidate in Malik Clements, who played in seven games with the Edmonton Elks in 2021. That doesn’t mean a couple won’t be added before main training camp to lighten the workload but, even so, much of this crew – from a future hall of famer in Bighill to Wilson and those working into the defensive rotation behind them can essentially be written into the depth chart in ink, not pencil. 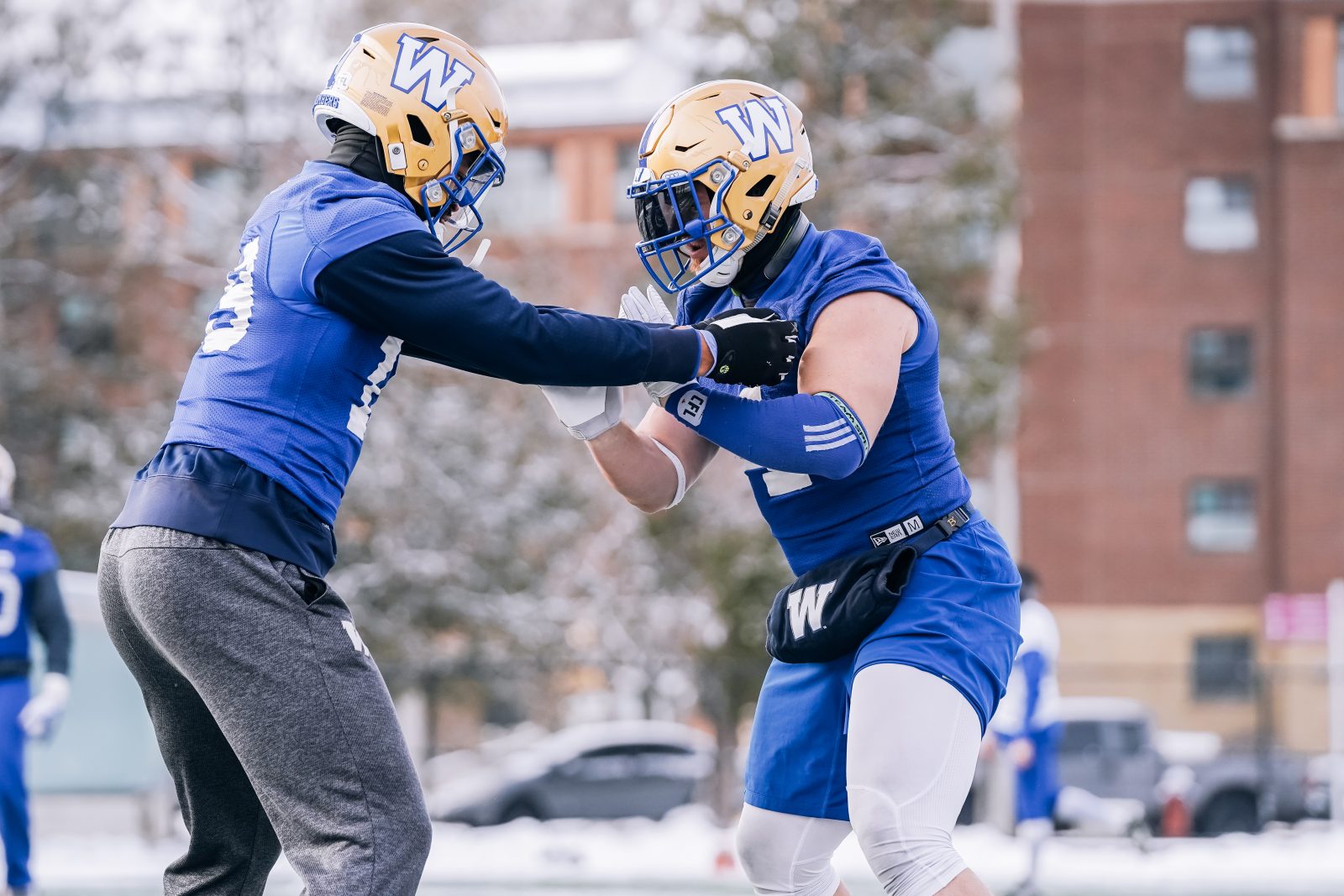 TRAINING CAMP 2022 PREVIEW: A LOOK AT THE LINEBACKERS

Admittedly, the options are thin here with the list of newcomers limited to three in Clements, Mezzalira and Valvano.

Clements does have some experience with the Elks from last season, in which he picked up 11 tackles and two more on special teams in seven games. He has shown some versatility in his career, having played at safety, nickel and linebacker during his days with the Cincinnati Bearcats.

Cadwallader dressed for every game in 2021, his rookie season, contributing mostly on special teams with eight tackles. He’s spent much of the offseason in Winnipeg training, and there is a belief among the coaching and management staff that he is one of those players who could make a dramatic leap in his second year, as so many CFL sophomores do. That could mean making even more of an impact on special teams, but also working his way into more snaps as part of the defensive rotation.