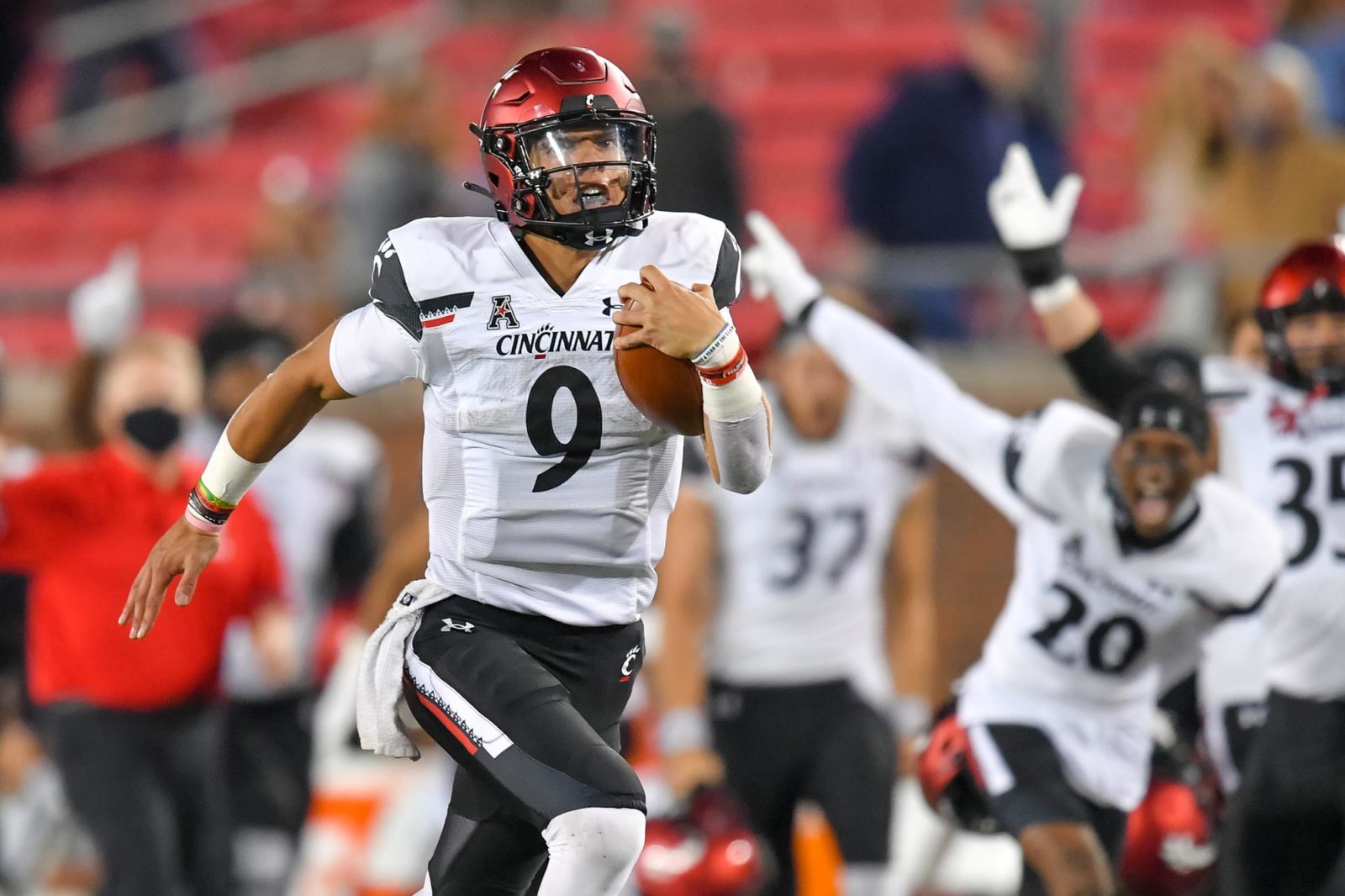 The Winnipeg Blue Bombers rode the arm and veteran savvy of a University of Cincinnati Bearcat alum into the Grey Cup winner’s circle just over a year ago.

And someday another may follow in the footsteps of Zach Collaros.

As part of the Canadian Football League’s ongoing initiative, another batch of names from the Bombers’ negotiation list was unveiled on Wednesday – players to which they hold CFL rights – and among them was the current Bearcats quarterback, Desmond Ridder.

The Bearcats are a perfect 8-0 this year and 9th in the College Football Playoff rankings. And Ridder, a 6-4, 215-pound junior from Louisville, has had a massive role in Cincinnati’s success.

He was named the American Athletic Conference Offensive Player of the Year this week and is a semi-finalist for the Maxwell (top player) and O’Brien Awards (top quarterback). A dual-threat QB, Ridder has thrown for 1,821 yards and 16 TDs this season, while rushing for 526 yards and 11 more scores.

The 45-man negotiation lists are critical to the CFL, although a player of Ridder’s skillset will likely exhaust NFL opportunities before even considering a move north. Still for those who want to read further about his story, here’s a piece from Sports Illustrated from last month. And here’s video evidence from a win over SMU this season, of his impressive skillset:

Five of the names on this latest reveal were also on the first neg list unveiled in September  – Notre Dame QB Ian Book, Iowa State QB Brock Purdy, former South Florida and XFLer DB Deatrick Nichols, DE John Daka, last in camp with Baltimore, and Central Florida OL Wyatt Miller, who has had NFL looks with a number of teams.

You can read the assessment of those players, plus five others, from Assistant GM/Director of U.S. Scouting Danny McManus here.

Here’s a quick look at those other four players:

Now 27, the Illinois Fighting Illini product has had two looks from the Houston Texans and was on the practice roster of the Tennessee Titans before spending 2020 with the St. Louis Battlehawks of the XFL prior to that league ceasing operations.

A tackle who transferred from Tennessee to USC, Richmond is 24 and saw his draft stock in 2019 drop because of injuries.

A former star at Florida International, McGough was a seventh-round draft pick of the Seattle Seahawks in 2018, spent 2019 with the Jacksonville Jaguars and Houston Texans before his release in October. Last week he was signed to the Seahawks practice squad.

Hayes made 33 starts in his career at Appalachian State before signing with the Jaguars as an undrafted free agent in 2019. He spent part of this season with the Miami Dolphins and was activated for two games before his release.

Earlier this month he was added to the Vikings’ practice roster.