Josh Johnson has scribbled his name onto a contract with the Winnipeg Blue Bombers. And if that’s giving you a sense of déjà vu, well, welcome to the club.

It was roundabout this time last year – February 11, to be exact – when the veteran defensive back signed with the Bombers as a free agent after suiting up for 64 Canadian Football League games spread out over five seasons with B.C., Ottawa, Hamilton and Edmonton.

That contract was set to expire in a couple of weeks without Johnson even pulling on a Bomber jersey before he signed his extension.

“What a crazy year this has been,” began Johnson when reached by bluebombers.com at his offseason base in Jacksonville, Fla. “I was so excited to come to a different team and to be in a new mind frame, especially after talking to so many of the guys. And then to hear the season was cancelled, it was like, ‘What am I going to do now?’ After that I was trying to figure out the best way to cope with it all.

“I’m 30 now… I was wishing for a season because you can’t bring that year back. The younger guys can look at it differently, but when you get to a certain age you have to train yourself to keep working out. You’ve got to have the mind frame to go out and attack it.”

Johnson spent his time away from the game training to stay in shape and then working on another passion that might become his gig after his playing days are done – coaching. 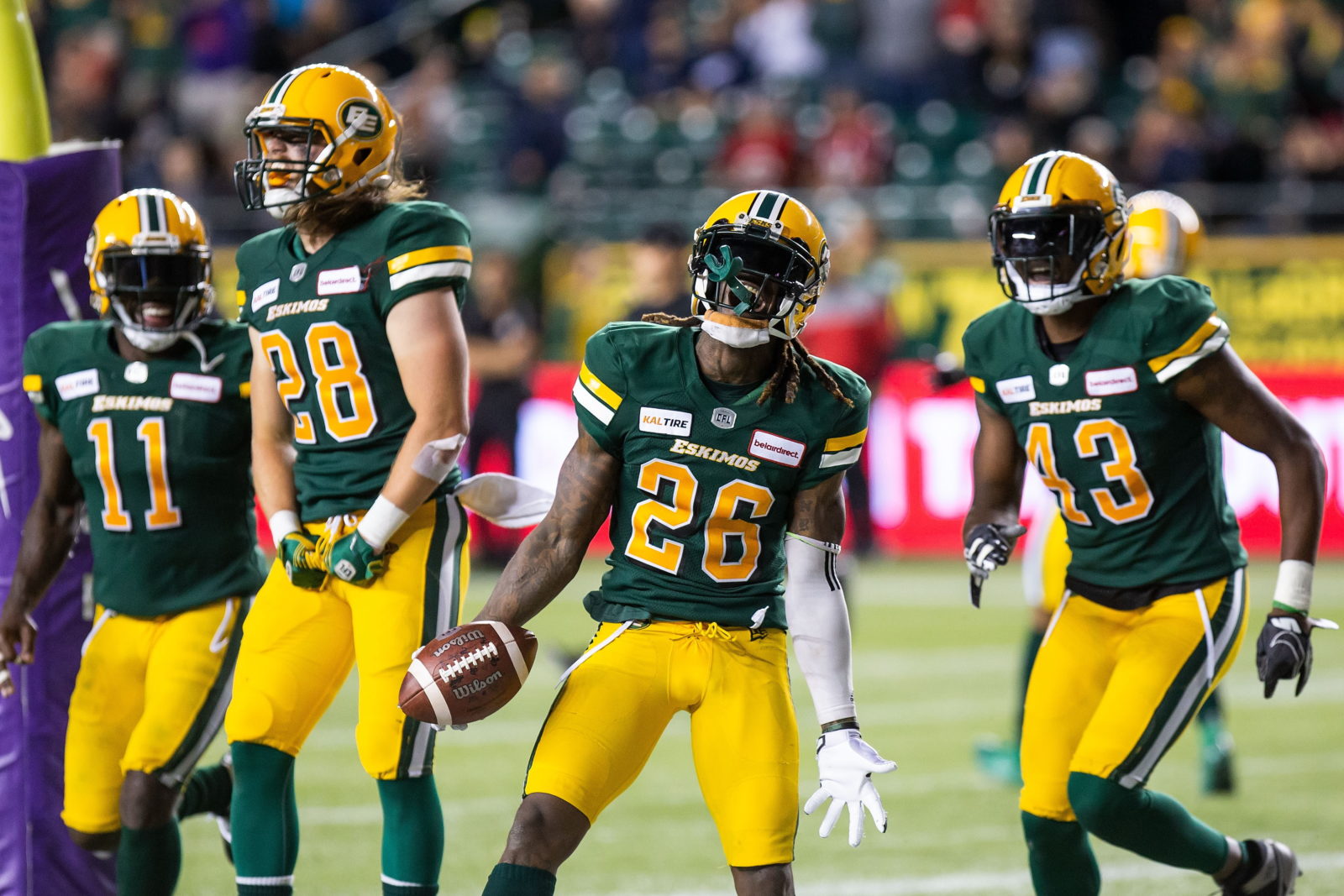 He helped his cousin in coaching the Pasco Pirates youth league team all the way to the Dade City Little League Super Bowl, where they fell in the final. That certainly fed his coaching bug and makes him want more.

Now, during all of last year he was regularly texting with Bomber players and coaches before the 2020 CFL season was cancelled and certainly after. All of that helped confirm to Johnson that he had initially made the right decision to sign here a year ago – and then to do so again this week.

“I had talked to so many guys and heard things already from around the league about how good it was there,” he said. “I just wanted to be a part of that. The coaches were reaching out, calling and letting you know they still cared about you and that you were still on board.

“Teammates were talking to you and it gave you that sense of community and it was a place I wanted to be. That was a biggest thing. Then I had other people from the outside reaching out to me saying, ‘You need to sign back. We got this guy coming in, we got that guy coming in…’

“Willie J (Jefferson) was a big influence on me. I had played with other guys on the team previously, but Willie J is one of my guys.”

Johnson will be a key component to what will be a new-look secondary in 2021. Gone are Winston Rose (Cincinnati) and Marcus Sayles (B.C.), while Mike Jones, Nick Taylor and Mercy Maston didn’t become fixtures in the air defence until late in 2019, around the same time that Brandon Alexander was shifted to safety. 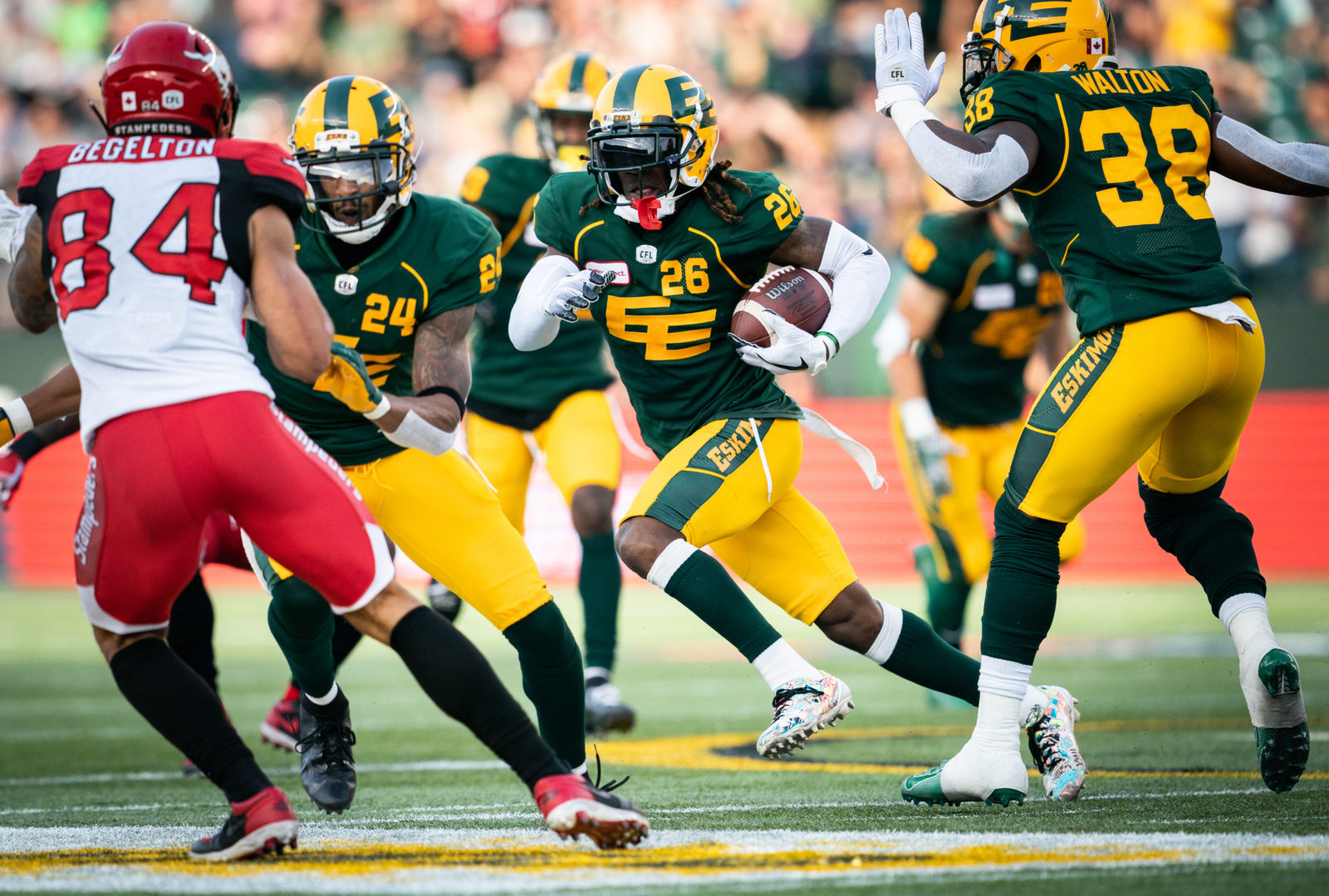 “The secondary might be new, but we’ll have a lot of experience with me, Nick, Mercy, BA at safety,” said Johnson. “We’re all communicators out there and that will make it easier to play with each other and make it work. Having an experienced secondary with guys that are ball hogs who understand the league is important. Guys that come across the border have to worry about the Waggle, the different plays.”

And now, like just about everybody else in the CFL, Johnson has his fingers crossed the 2021 season will unfold as scheduled and that he’ll finally get the chance to get to Winnipeg.

To that end, we tossed out this analogy to him – that he’s had to endure the longest Christmas Eve ever. He’s essentially been super excited to get to his new team for almost a year, but unable to actually run downstairs and experience Christmas morning.

“That’s a great analogy. I like that. I’m going to use that,” Johnson said with a chuckle. “You get excited about what’s going to come and then you’ve got to wait and wait to see if it’s actually going to come.

“It’s like there are all those presents, the candy, the food – all the things you like – and they’re right there in front of you to grab but you can’t. It’s like a dream. And then you’ve just got to wait it out. Kudos to all those guys around the league who have been patient and been getting ready to play. I’m definitely one of them.”