Jackson Jeffcoat isn’t the type to waste many moments feeling sorry for himself. And if he’s got complaining to do, he tends to keep it internalized.

Yes, the Winnipeg Blue Bombers defensive end – who officially signed a one-year contract extension on Friday – is very much a ‘control what you can control’ guy who has always had a big-picture viewpoint of life and the world.

And so going through what he has in the last year, from having the 2020 Canadian Football League cancelled, to watching the Black Lives Matter movement gain steam in the spring and summer, to contracting the Coronavirus about four months ago – as he revealed during a media call – makes playing for less in 2021 seem like a smaller pill to swallow.

It’s not inconsequential, to be sure, but…

“It’s just the nature of the beast. It’s what everybody is going through around the world,” began Jeffcoat, when asked about taking a pay cut. “That’s just what it’s come down to after not having a season it’s one of the only options that was going to happen.”

Jeffcoat said Friday that he, along with his father, grandfather and one of his aunts all came down with the virus last fall. His grandfather was asymptomatic, while he and his father and aunt all had flu-like symptoms for a week, but did not need to be hospitalized.

Going through that can certainly provide perspective.

“It makes me realize this is no joke. This is serious. This is a pandemic,” he said. “We’re very lucky to not have had very bad symptoms. It’s just sad to see that so many people are dying from this virus. We don’t know enough about this virus. 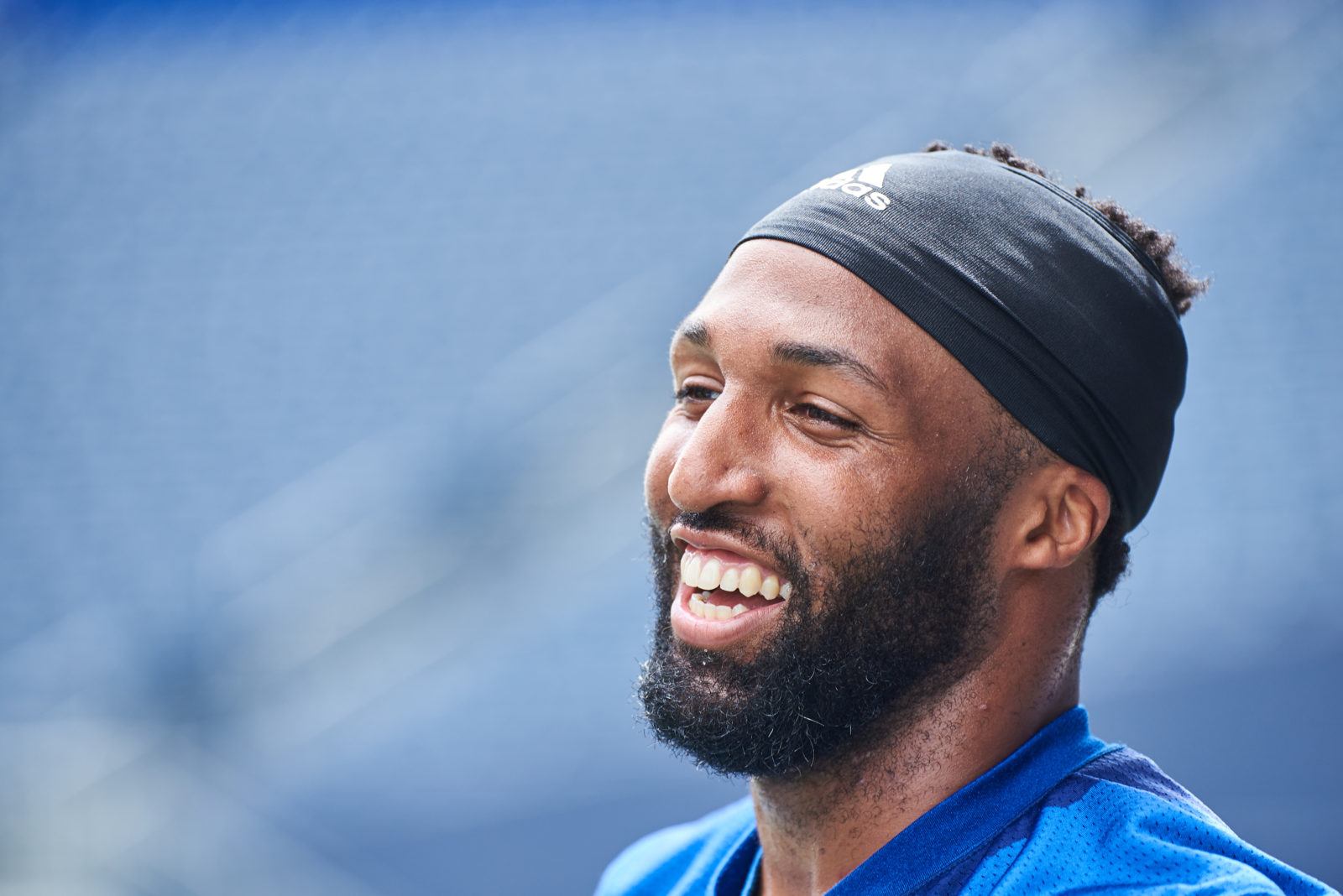 “Yes, there’s a vaccine out, but it’s going to take some time to even get it to the general public. They’ve got to go to the people that work in the medical field, people that are at the highest risk. And then healthier people like myself and a lot of my teammates are going to be some of the last people to receive the vaccine.

“Quite frankly, I’m fine with that because I want the people that are at the highest risk to be protected and feel like they can get out and be safe. It’s not fun staying in the house. It’s not fun being on lockdown. It’s not fun not being allowed to see your friends and family because of the risk and fear you can give them the virus because you never know if you have it or not and the incubation period takes so long.”

“I talked to some,” he explained, “and they were like, ‘If you still have the passion to play, go play. Real estate will be here.’”

And so that’s what Jeffcoat will do in 2021, hoping to build on his last performance, which might have been his best as a Blue Bomber. Remember, the former Texas star had four tackles, a tackle for a loss, two sacks and a forced fumble in the 2019 Grey Cup win over the Hamilton Tiger-Cats.

His friend and teammate on the other side of the defensive line, Willie Jefferson, was equally dangerous in that game.

“We’ll be able to take it to the next level,” he said when asked what to expect from the duo this season. “We were really starting to get to know each other better as far as off the field and on the field so that will help with us playing together on the field.

“No one can control some of these injuries and things that happen. The goal is to play the game this year and be able to be healthy and proof I can be one of the elite guys in the league along with my brother Willie. Us playing together, we want to be unstoppable.”