The easy, gift-wrapped story angle here is rather straightforward – Brady Oliveira, a proud local product, will run out of the tunnel Thursday night as the starting running back of the Winnipeg Blue Bombers.

And so with Andrew Harris on the mend, it will be one Winnipegger replacing another in the backfield on what should be a spectacular night for so many reasons, from the triumphant return of the Canadian Football League after a dormant year, to having fans in the stands and what that represents coming out of a pandemic, to the unveiling of the 2019 Grey Cup championship banner.

On top of all that, Oliveira’s own comeback from a broken leg in the 2019 home opener – just his second pro game after being drafted by the club that spring out of the University of North Dakota – adds another layer to all this, too.

“Being at home for the home opener, me being from Winnipeg, having my mom and all my buddies there watching me… it’s going to be a special moment,” said Oliveira in a long chat with bluebombers.com this week. “I’m so grateful to be playing in Winnipeg, first off, and then having the opportunity to start in the home opener… it’s crazy. It’s really crazy. Life is really good for me right now.”

Life wasn’t always this good for Oliveira. And rewind a bit further and this story gets even bigger and even more compelling than the simple tale of local kid replacing a local legend. Coming from a home in which addiction forever hovered like a permanent dark cloud, Oliveira and his older brother Kyle and younger sister Kallee used sport to help escape. For Kyle it was boxing and MMA, as he became a professional fighter. Kallee landed a soccer scholarship to the University of Winnipeg. And Brady became a decorated star at Oak Park and then at North Dakota. 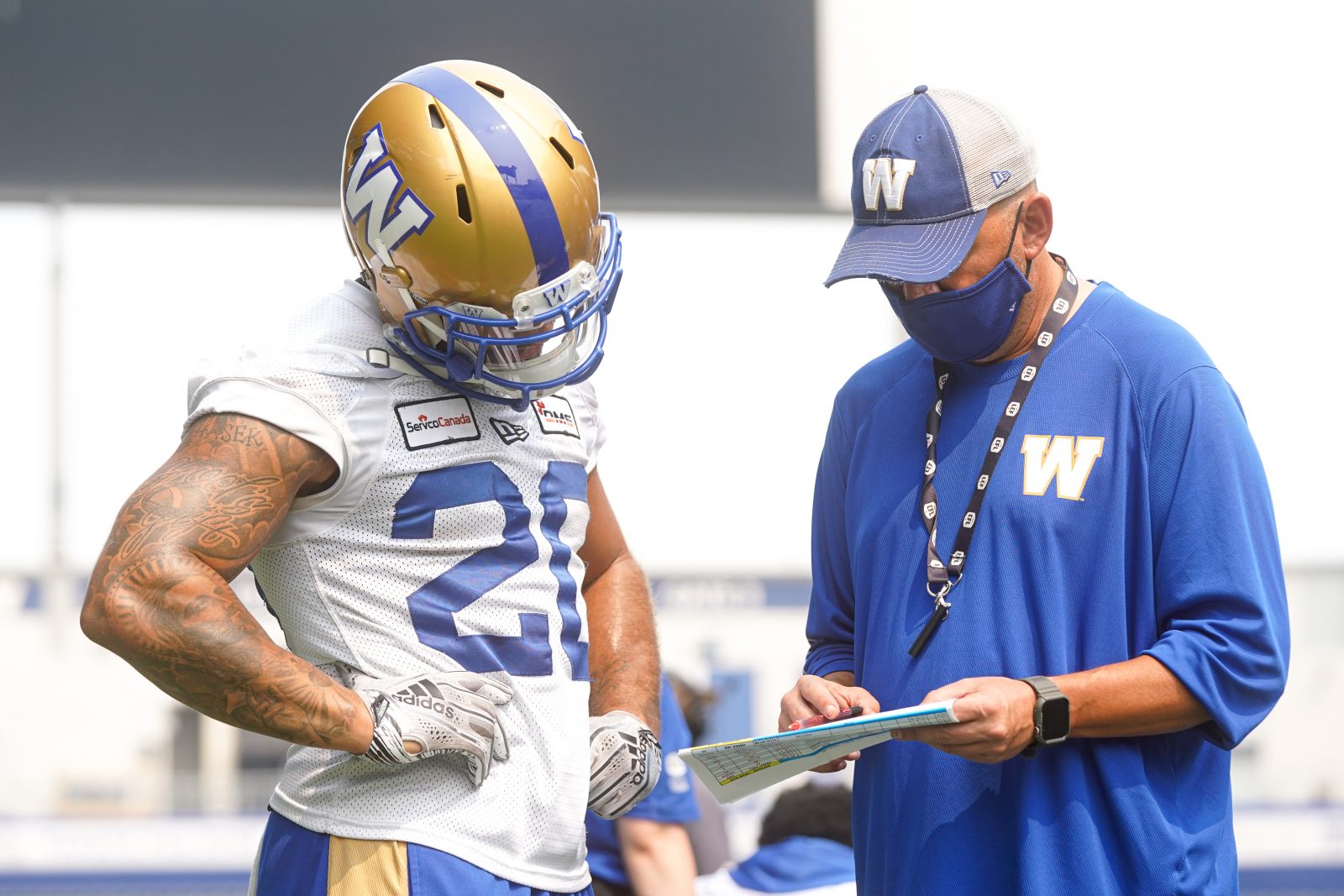 Still, it was hardly all sunshine and rainbows.

“I am the man I am today because of what I went through growing up and that wasn’t easy,” he said. “We went through a lot, my siblings and me, with not having our dad in our lives and our mom raising us on her own. We were in a lot of negative situations that kids just should not be seeing or hearing. It was just lots of bad. I had a lot of anger in high school. I had anger because my life wasn’t where I wanted it to be.

“It took time, but I’ve learned to accept and almost embrace what I went through – how it made me feel, the hurt, all the emotions because that drove me through club football with the Nomads, to Oak Park High School to getting a full ride to UND to getting drafted. My mom has raised us to be like that, to give back, to show empathy to others.”

Oliveira referenced his mother – Shani – constantly in our conversation. A self-confessed ‘mama’s boy’, he credits her for not only teaching him about empathy and giving back, but simply how to survive.

“She’s a tough, tough woman,” he said. “She’s actually frickin’ amazing, man. I don’t know how she did it. I have her eye tattooed on my forearm here, with her birthday. It’s like she’ll always be looking out for me. She’s the most amazing woman ever. She’s been through so much and stood strong and raised three kids who are all doing amazing things.

“Everything looks different with her now. She has a boyfriend who treats her like a queen and she’s truly happy. She would smile before, but now I know it was a fake smile because she was going through so much pain. Now her glow is real and that makes me happy. I’ll do anything for my mom.”

Oliveira is also quick to salute his brother, some seven years older, who he calls his biggest inspiration and role model.

“With him being older, he saw and experienced more of the struggle and the adversity we experienced as kids,” said Oliveira. “He’s just so strong mentally. Without having a father figure in my life I leaned on my brother to teach me things. Thankfully he had a positive attitude and was one of the hardest working, driven individuals I’ve ever known. He paved the way for me and my sister.

“This past offseason I worked with at-risk youth in a group home and I thought a lot about what my brother said to me when I was younger. I can relate to the kids because I’ve seen what they are seeing now. I tell them they have two options. They can fall into what they know because of their environment or decide that they don’t want this for themselves or their future families.” 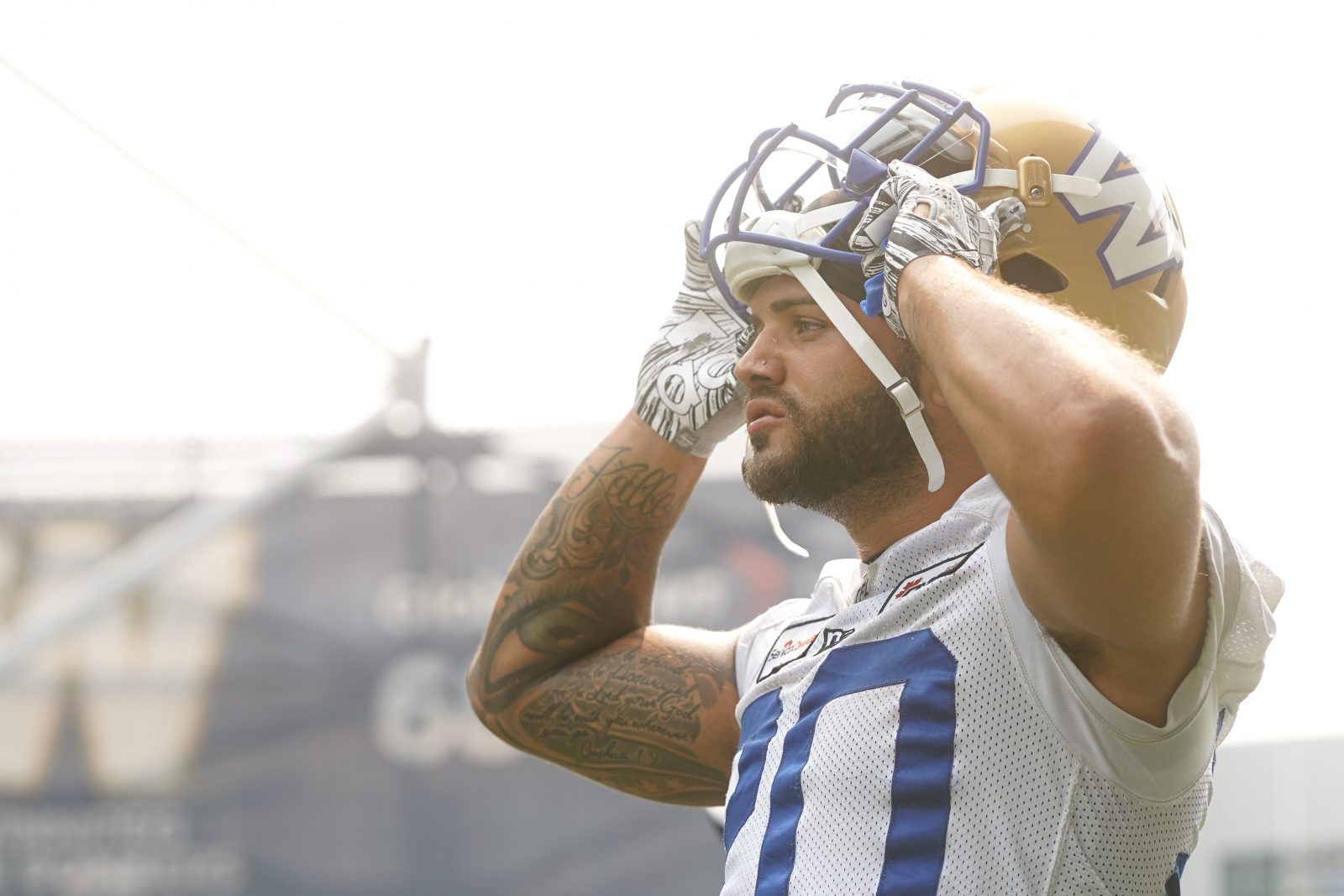 “I want to be different,” he added. “That’s the path me and my siblings took. My mom did an amazing job, but it was also my brother who said, ‘Let’s use all this negativity as fuel to the fire to make it out. Let’s do good by our name.’ That’s what we did.”

Oliveira’s parents officially separated in 2017. His father, who is working now and staying in a sober-living house, is coming back into his life now, too.

“He’s doing really amazing,” said Oliveira. “He’s trying to get back in my life and I’m there to help him and support him with anything he needs. I really hope it can go back to normal… I shouldn’t say that, because it was never normal. But I hope we can have a strong relationship. Now that I’m older, I want him to be better. I was able to visit him this offseason at some of the treatment centres he was at and I’m so glad he has this support system.

“Regardless of everything I’ve been through – everything I’ve seen and all the struggles and not wanting to have that connection with him – now I see that he needs us. So, being there and visiting him at these treatment centres shows that we still love and support him. We want him to know we believe in him and want him to get better. Not everyone’s life is perfect. And when you were down, how did you get back up? It was because of your support system.”

Oliveira, FYI, is the third-youngest player on the Bombers roster after defensive backs DeAundre Alford and Noah Hallett. But there’s a maturity in his voice that is the byproduct of the things he has already seen and the life he’s already lived. In many ways, those experiences mirror those of Harris, the man he is replacing in the backfield Thursday night. And Oliveira doesn’t think it’s merely coincidence that he and Harris have a relentless drive and similar passion to succeed.

“Look at all the success he has had and how he used that and a positive mindset to drive him. It’s amazing,” said Oliveira.

“Life is great for me now, but I still think about what I went through as a kid. That keeps me going because I don’t want that life ever again. I want to make my future family happy and proud. If you take a positive mindset to that it can drive you for the rest of your life.

“I’m just so grateful. I’ve put so much into this. With last season being cancelled and looking back to my injury… there’s been so much work I’ve put into this that people didn’t see. There was a lot of work I did with Al (Couture, Bombers Head Athletic Therapist) and with Brayden (Miller, Bombers Strength & Conditioning Coordinator) and lots of dark days where I might have felt like giving up, but I kept pushing and kept grinding away knowing that your time will eventually.

“So that’s what this is about – it’s about showing gratitude every day. It’s about making my family proud and being known as more than just a football player. Again, life has been so good for me the last two-three years. Now I can just play because my mind is at ease.”