It’s become a tradition of sorts for the big eaters along the Winnipeg Blue Bombers offensive line, and it’s one that allows Geoff Gray to showcase some of his many skills.

A couple of days before every home game, Gray – the mammoth 6-6, 307-pound veteran guard who just signed a two-year contract extension to remain with the club – will have his teammates from the O-line over to his house for dinner. And we’re not talking simply burgers, hot dogs and the stuff you can slap on a barbecue. A noted foodie who seems to be always eating or talking about food, Gray regularly prepares massive dishes – naturally – for the massive men with whom he shares the trenches.

“The crowd favourite from this past year was the braised short ribs,” began Gray in a chat with bluebombers.com. “But we had some big feasts over the year. I did two different types of lasagna and during the bye week in the playoffs everyone came over the watch the semi-finals and we had a whole bunch of appetizers. We’ve had pulled-pork nachos. I also did a Big Mac-inspired beef tartar. We had deep-fried Oreos for dessert.

“The meals covered the whole spectrum. I’ve always liked to cook. Growing up, my mom cooked a lot and with my whole family food was something we focused on. As I got living on my own and cooking on my own, I just got more creative and more skilled with it. It started because I honestly hate going out to eat all the time. I just didn’t want to go out to a steak place or something when we are playing here when a steak is something you can easily cook at home. One thing led to another, and it turned out to be a big hit.” 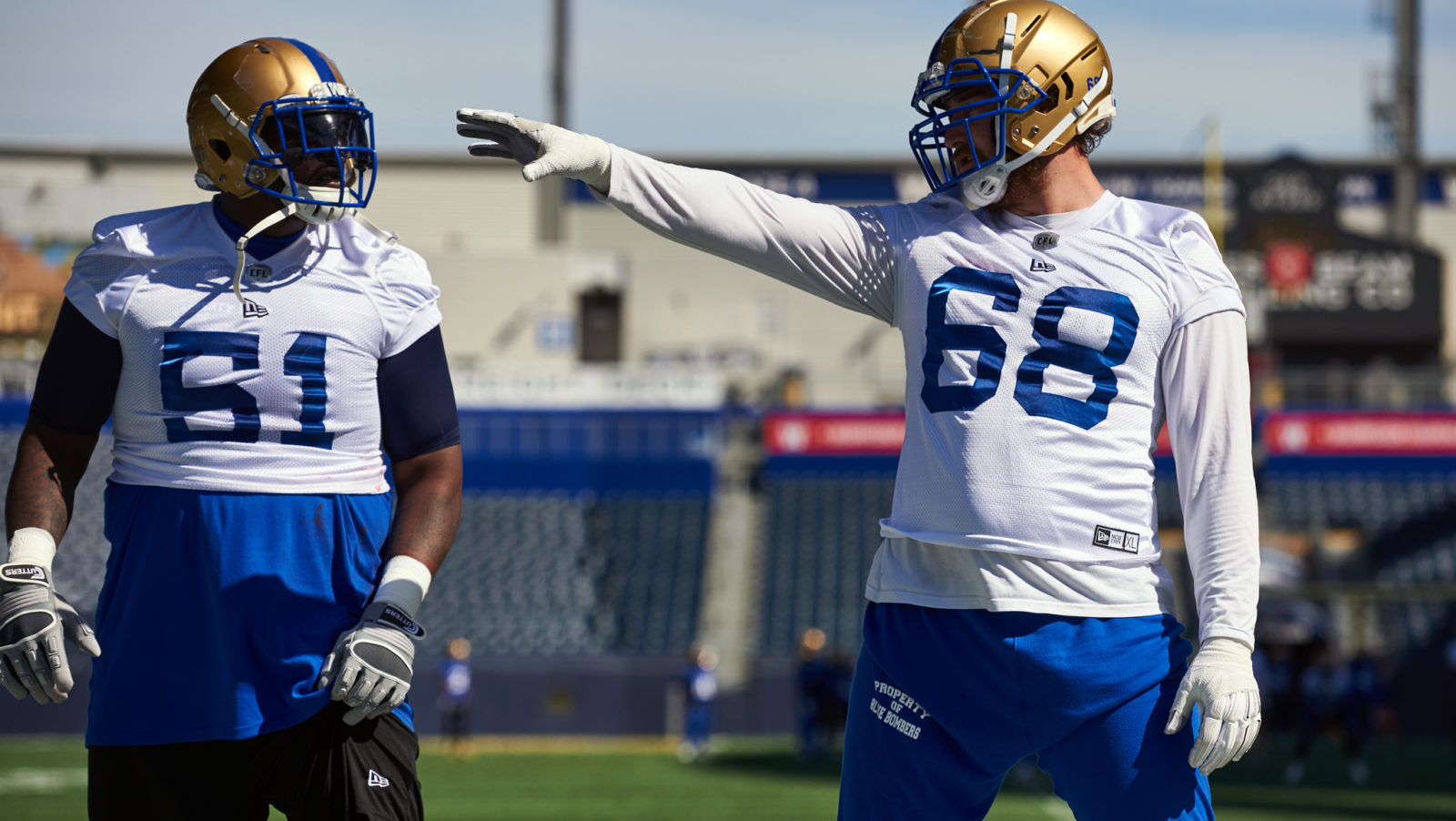 And, just for the record…

“Everyone will chip in to help cover the costs,” Gray added, “but if you wanted to put this in at the bottom of the article and Stan (Stanley Bryant) reads it, he technically still owes me $35 for the end of the year.”

All of this is part of what makes Gray so popular with his teammates and one of the more intriguing characters on the Blue Bombers roster. He’s not only a popular chef in the clubhouse and once rode a unicycle at the end of a workout for NFL scouts during his college days, he just finished his thesis defence at the end of December and now holds a Master of Science in Mechanical Engineering from the University of Manitoba.

The subject of his thesis?

“I did a CFD (computational fluid dynamics) study, essentially computer simulations which looked at the two-phase flow in this particular device,” said Gray. “Without going into too much depth, that would be the synopsis. I can explain it further, if you’re interested.”

Gray’s return to the Bombers is an important signing with less than a month to go to Canadian Football League free agency. Bryant remains un-signed, as does centre Michael Couture, Tui Eli, and Drew Desjarlais – who seems destined for an NFL opportunity. Gray has made a dozen starts for the Blue Bombers since his return from the NFL in 2018, all 12 of them coming in 2019. He dressed for five regular season games and both postseason contests in 2021 and was the club’s reserve player for the first nine weeks of the season. 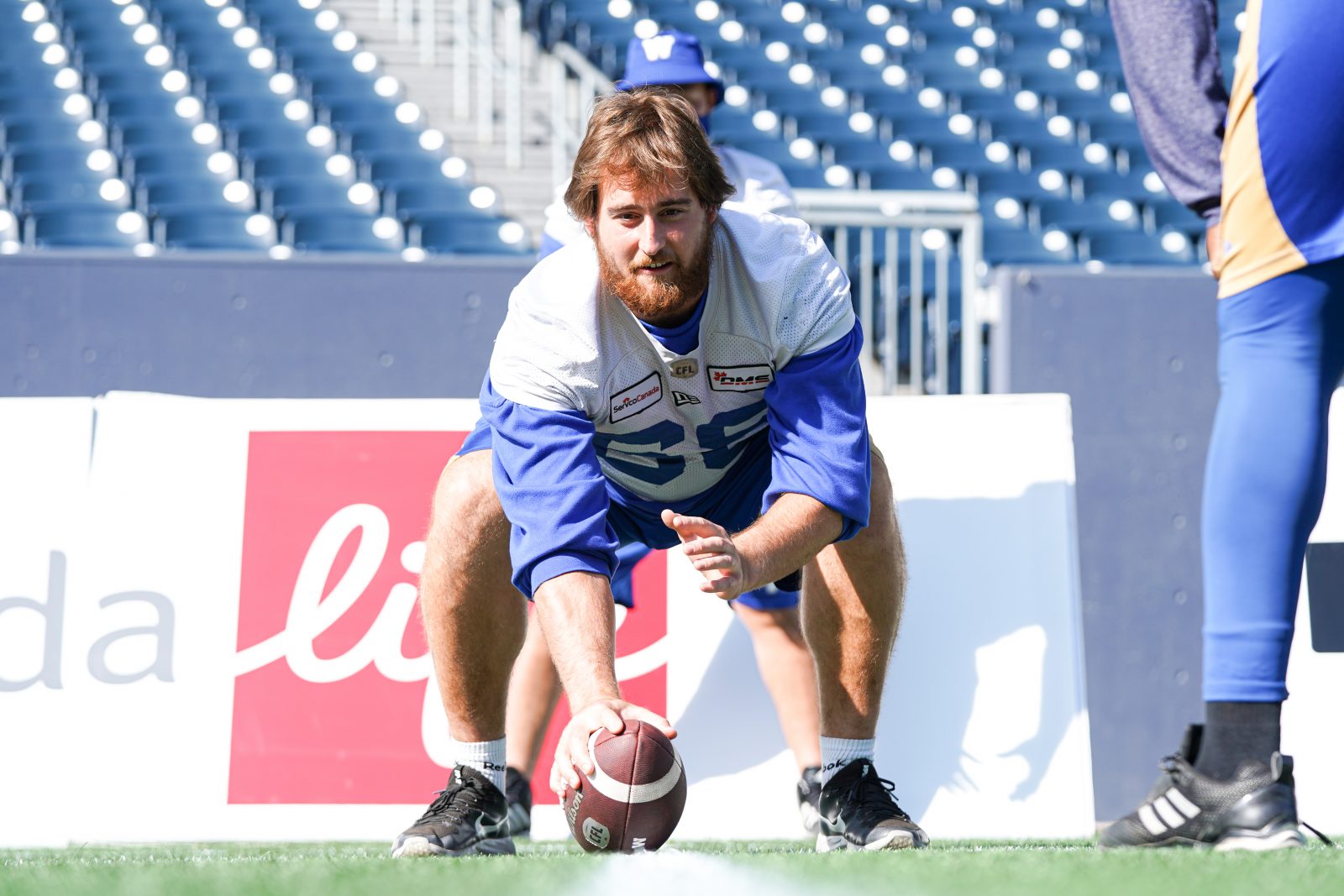 A first-round selection in 2017, Gray could see his playing time jump significantly in 2022. And so, while the consensus is he could start on virtually every team in the CFL, he has chosen to remain home for a variety of reasons, familiarity and opportunity being key among them.

“It’s nice to play at home and the Bombers are a great organization to play for, so it was never really my intention to go anywhere else,” said Gray. “It was nice that things were able to get resolved in smooth and timely fashion.

“I’ve seen a lot more and learned a lot more over the past few seasons. It’s one thing to know something on paper and you can know the playbook perfectly fine, but it’s about seeing the subtle things. With the speed of the game, you can’t see it, think about it and then decide ‘Oh yeah, this is what’s going to happen.’ It has to become intuitive and a natural response. That’s the area where I’ve improved from where I was a couple of years ago. Now it’s coming more naturally and I’m seeing things more quickly and that’s helped me become a better player. ‘Instinctual’ is a good word to describe it. As much as you want to work at it, you can’t consciously make yourself learn faster. It’s just experience, it happens at the rate it happens, and it doesn’t necessarily happen in a linear fashion, either.

“It’s something where you’re at the mercy of how it goes and with time it can build up. Let’s just say I’m very, very happy with where I am.”