Mercy Maston knew something wasn’t right in an instant. Little did he know that instant would cost him his entire 2021 Canadian Football League season.

Rewind to last July, less than a week into Winnipeg Blue Bombers training camp and there was Maston – the veteran defensive back who had settled in so perfectly to the ‘dime’ position in the run to th 2019 Grey Cup – dropping back into coverage like he had thousands of times before in his career.

“I remember that everybody was so happy to come back to camp after the pandemic and not having a season in 2020,” Maston told bluebombers.com from Temecula, CA, where he was visiting friends. “We were ready to repeat, like we ended up doing. But we have this brotherhood that just competes – ‘iron sharpens iron’, we say – and we always work hard like that in practice.

“I was guarding Rasheed (Bailey) and he came for a comeback pass, and it just happened randomly. I knew something had happened. I got up and walked off and once I sat down and took the tape off… it just looked disgusting. There was a big gash, and you could see the white meaty part and blood leaking out. I didn’t want to believe it.” 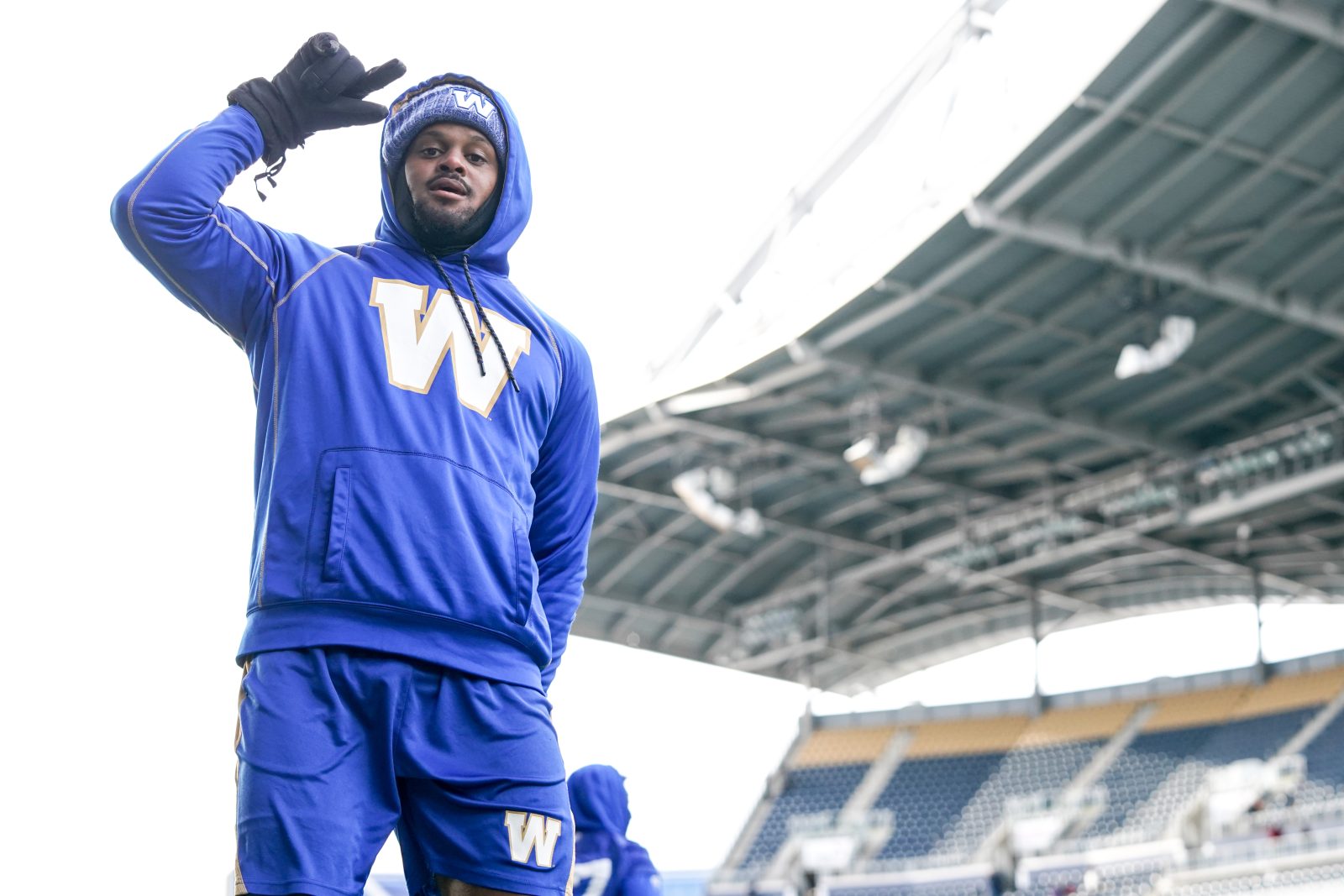 Maston suffered an Achilles injury, ending his season. He made the decision to work on his rehabilitation with the Blue Bombers athletic therapy staff and it can already be seen as one of the wisest moves in his career. Not only did Maston get the medical attention he needed in his recovery, he also got the emotional support, too.

“When I got hurt and after it was like everybody was absorbing the pain and they rallied around me,” he said. “I stayed in Winnipeg, and they all helped me get back faster. I felt the love in the locker room.

“I always say the mental battle is a key part and it’s half the battle of recovery, probably more than half the battle. But being around the guys, the coaching staff, the athletic trainers, the GMs… everybody was rooting for me and having love for me and that’s exactly what I needed at the time. It helped out tremendously.

“The way I look at it now, it was just a bump in the road that stopped me for a little bit.”

Maston’s return for 2022 will certainly help bring some stability to the secondary, especially with the CFL free agent market opening next week. A number of Blue Bombers defensive backs will soon be available in safety Brandon Alexander, Nick Taylor, Mike Jones, Josh Miller, Josh Johnson and Alden Darby – the man the Bombers acquired after the injury to Maston. 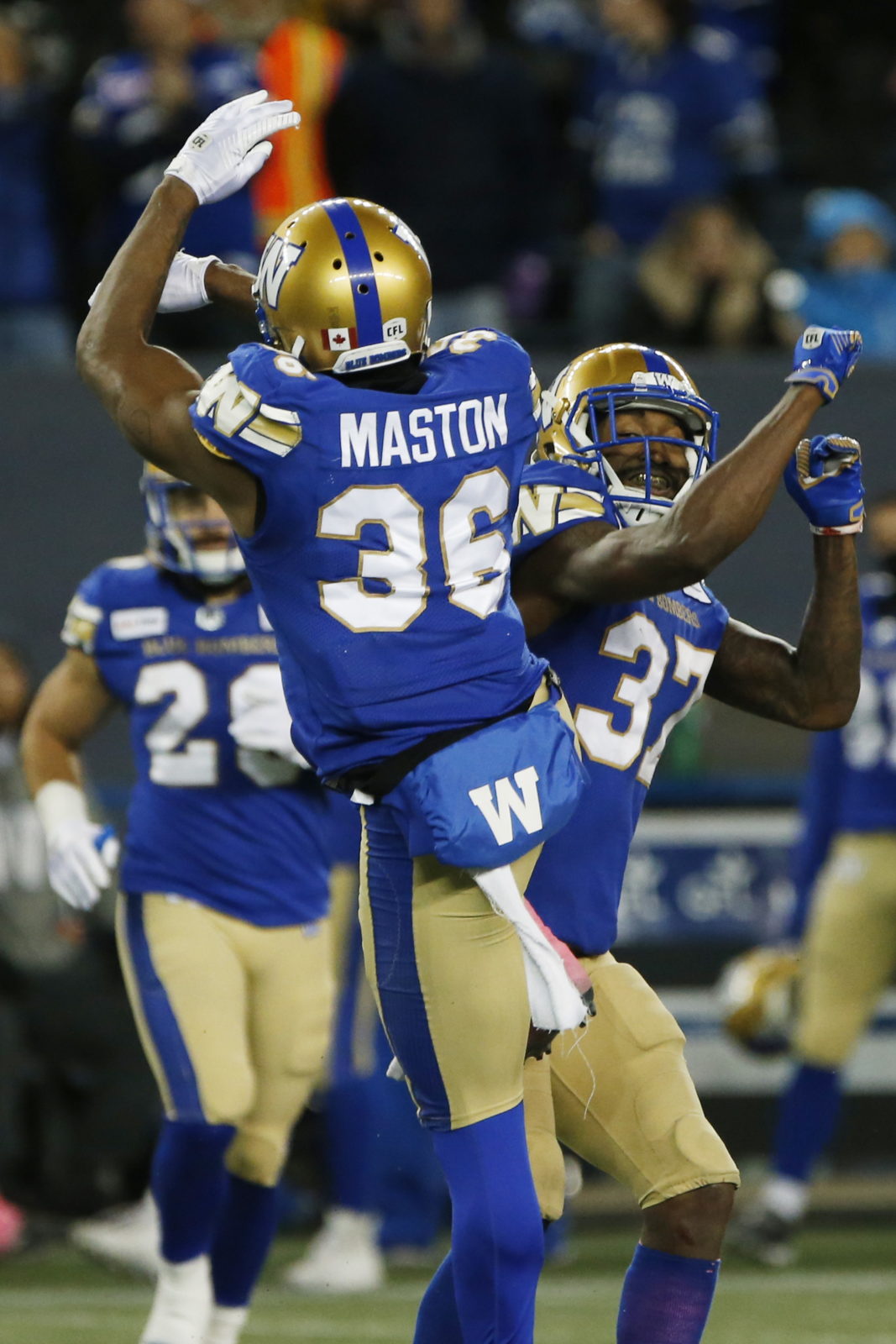 It’s worth noting that in addition to being around the team all last season during his recovery, Maston was also one of its biggest supporters right up to the Grey Cup.

“My goal was to play in the Grey Cup,” he said. “It wasn’t necessary with the way the season had gone because we were looking good, and I wasn’t needed. It came down to a decision to wait until next year. But I did practise a couple of times later in the year.

“I think I was the biggest cheerleader out there during the Grey Cup. Every play, I was saying we were going to make a play. Every down. That was the mindset I took. I wanted to be out there, sure, but I wanted to be there for my teammates. I’ve always been about the next man up and whoever can help the team.”

Maston will now use that experience – the pain and struggles of suffering through a second lost season after losing 2020 to the pandemic – as a motivator for this year.

“All that put a taste in my mouth. I’m ready to get back with the guys,” he said. “It’s a different feeling when you’re out there running around and dominating with the rest of the Blue Bombers. I want that feeling back.

“I never doubted I would be back and that I would sign back because of the respect we have for each other. They know I’m going to put my body on the line for them at any given time. I believed that they believe in me still and trusted that I would come back even better.

“We could have a game tomorrow and I’m ready to go,” Maston added. “We could be starting in the next two minutes, and I’d be ready to go all out and do what I do.”