The years have long since passed from that fateful moment in Mike Benson’s football career almost two decades ago now. And the miles have certainly come and gone along the way, too.

Maybe in some way it’s only fitting, then, that the next step Benson takes in professional football will be with the Winnipeg Blue Bombers after the long-snapper signed a free agent deal with his hometown club earlier this week.

“It’s like my ‘Mike Benson Around-the-World Tour’ has come to its last stop,” began Benson with a chuckle in a chat with bluebombers.com. “I’ve been all over the map – Edmonton, Toronto for a couple, B.C. for a bunch. Ottawa, Montreal and now I’ve made my way back home.

“Canada is pretty cool and all, but it’s nice to be home finally.”

The roots of Benson’s professional career in the game can be traced all the way back to a day at the practice field at St. Paul’s High School, circa 2002.

“Let’s see… I graduated in 2005 and I was in Grade 10… so, it started 19 years ago,” said Benson. “Basically, I discovered long-snapping by fluke. The guy who was long-snapping on our team got hurt. Our head coach Stacy Dainard said, ‘Who can throw a ball between their legs?’ I was like, ‘I don’t know… it doesn’t look that hard, but I’ll try it.’ The first one just went 15 yards back into his hands and he said, ‘OK, you’re going to do it.’

“I did it throughout high school and the rest, I guess, is history. It was just another tool in the toolbelt for me. But I get asked a lot about how I got started… it’s a different skill. Sometimes I think it’s like being an illusionist or something. It’s like getting the question, ‘How did you get into magic?’” 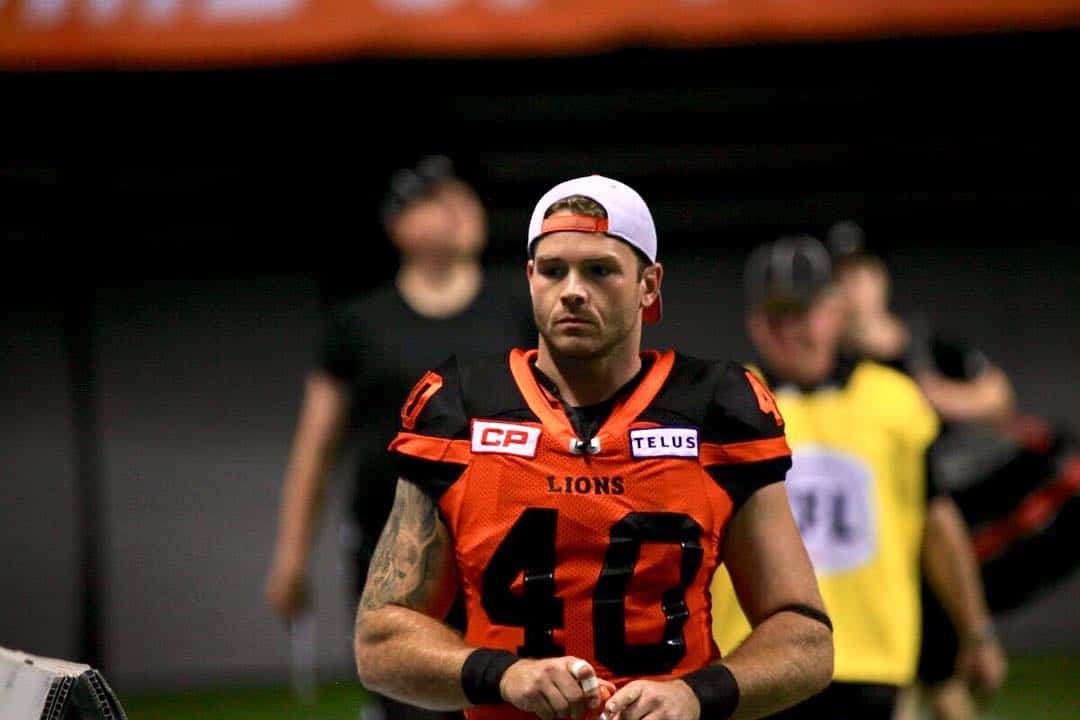 A linebacker/defensive end in high school, Benson played for the Winnipeg Rifles and then Acadia before signing as a free-agent with the Edmonton Football Team in 2012. Over the course of his career he’s suited up for 89 games with stops in Edmonton, Toronto, B.C., Ottawa and Montreal – although he never actually suited up with the Alouettes after the cancellation of the 2020 CFL season.

The Bombers had two long-snappers become free agents on Tuesday in veteran Chad Rempel and Maxime Latour, but opted to sign Benson.

“I heard that Winnipeg might be interested, but I didn’t want to jinx it,” said Benson. “I knew they were talking with my agent and then it came to fruition. There seems to be a need for long-snappers, actually, for the first time in a while and there aren’t very many to go around. I’m happy Winnipeg reached out and we came to an agreement. It’s incredible. I’m beyond happy it worked out.”

Benson’s interests go beyond football and the art of long-snapping. When bluebombers.com caught up with him he was coming off a night walking with the Bear Clan Patrol in the Selkirk Ave-Main Street area.

He opened his own gym in 2015 – Pro Player U – and has been a personal trainer dating back 11 years, working with athletes and specific clients rehabbing injuries. He’s also coached with Football Manitoba provincial teams and with the Winnipeg Wolfpack women’s team.

As well, he and his fiancée are expecting their first child in April.

“That’s why I’m so happy with this – the timing is perfect,” said Benson. “Plus, I’ve been a Bomber fan my whole life. My family has had season tickets since I was a little kid.

“I can remember going to games at Canad Inns Stadium and banging on the metal stands when I was five years old and when I got into football I’d go to even more games. A Winnipeg kid who plays football… I grew up idolizing the Bombers.”