1. INJURY REPORT: The Bombers held a closed-to-the-media practice at McMaster University on Thursday and then had 24 players and coaches available for the Grey Cup Media Day.
Of note, both RB Andrew Harris (knee) and DB Mike Jones (knee) were non-participants. Harris was part of the media day, FYI, and left no indication he would not play on Sunday.

2. IT DOESN’T HAVE TO BE ALL WORK…: No introduction needed. Watch this:

3. A PICTURE IS WORTH A THOUSAND WORDS: Bluebombers.com has an excellent crew here helping provide content in Riley Marra, Sam Calvert and Rob Ong — with Rheanne Marcoux overseeing the whole operation — and it’s time to give a slap on the back to Rob, our team photographer. 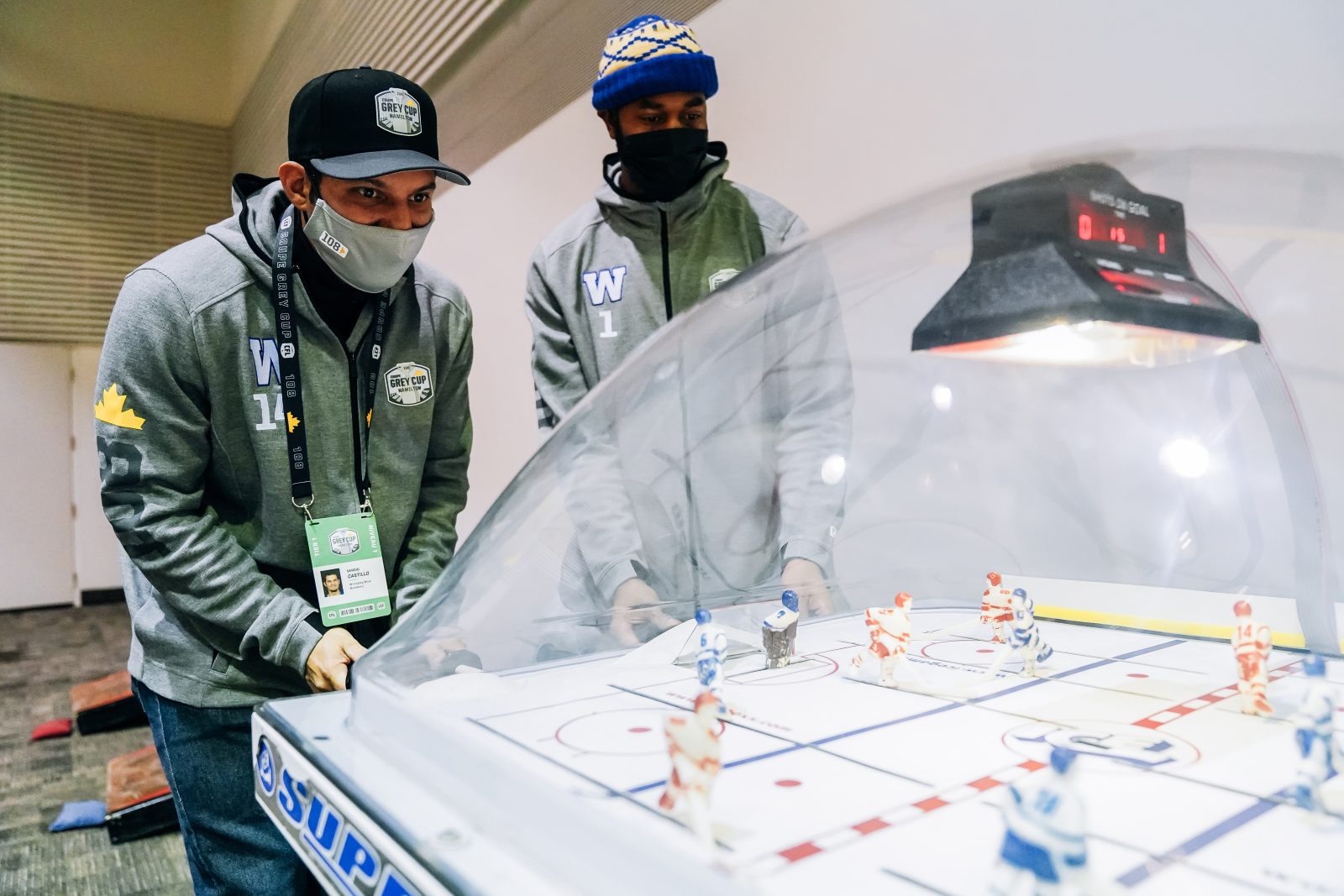 I could try to explain the CFL’s Media Day, but Rob’s photos tell the story perfectly.
To check out all his work from this week, click here.

4. STRIPED SHIRTS ANNOUNCED: The CFL announced its officiating crew for the 108th Grey Cup and veteran Andre Proulx — in his 23rd season and with 390 regular-season games on his resumé — will be the referee. 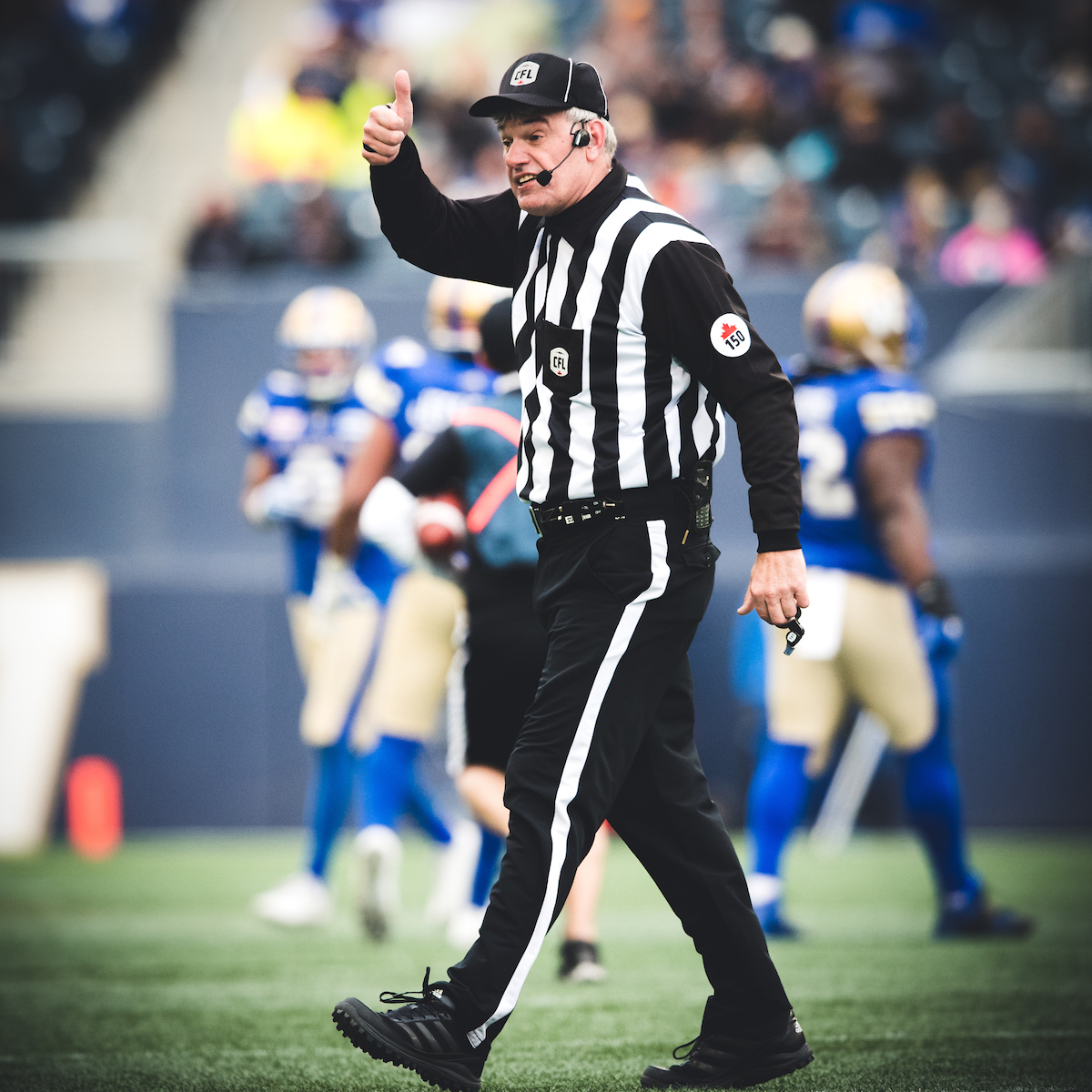 Andre Proulx during the game between the BC Lions and the Winnipeg Blue Bombers at Investors Group Field in Winnipeg, MB, on Saturday, Oct. 28, 2017. (Photo: Johany Jutras)

5. STEELTOWN RESPECT FOR ‘KNUCKLES’: The tributes continue to flow for CJOB play-by-play legend Bob ‘Knuckles’ Irving, as he was honoured Wednesday night for his 47 years covering the Blue Bombers.
Tip of the hat for a classy gesture.

Last night we honoured the great @BobIrvingCJOB for his incredible contributions to the CFL.

He might not wear the jersey 😉, but he’ll be back as our guest of honour at the 2023 Grey Cup in Hamilton, to enjoy it as a true CFL fan.