Kickoff: Saturday, noon. CST, Molson Stadium, Montreal.
TV: TSN 1/3, RDS, ESPN+, BT Sport 3, Yare
Radio: 680 CJOB; Sirius XM (Canada Talks, channel 167).
BetRegal.ca odds: The Blue Bombers are favoured by 6.5 points.
Streaks: Winnipeg: 9W. Montreal: 2L.
Home/Road: The Bombers are 4-1 on the road this season with their lone blemish a 30-23 setback in Toronto back on August 21. Since then the Bombers have won four straight on the road. The Alouettes are 2-3 at home this year.
Head to head: This is the second meeting between the Bombers and Alouettes this year and the second in as many weeks after Winnipeg’s 31-21 victory last week. The Bombers are 7-3 in their last 10 vs. Montreal 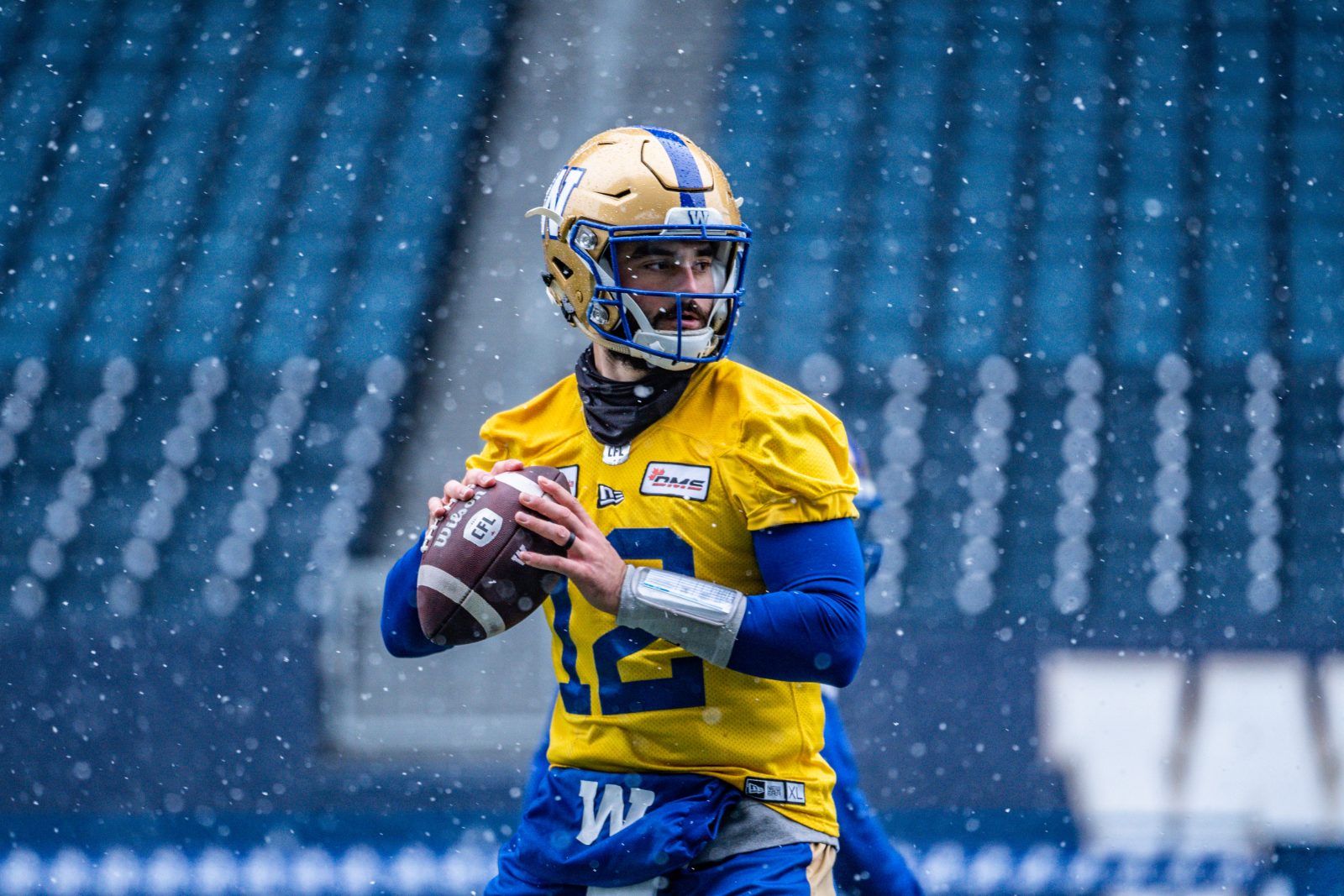 The changes mean Sean McGuire will start at QB with Richmond and Hardrick flanking the OL, Jonathan Kongbo will start at DE for Jeffcoat, with Walker and Casey Sayles rotating with Jake Thomas at DT.

In the secondary, Nick Hallett will start at safety and be backed up by his brother Noah, while Houston and Mike Jones will start at halfback for Taylor and Nichols. Cooper will handle kick-return duties. 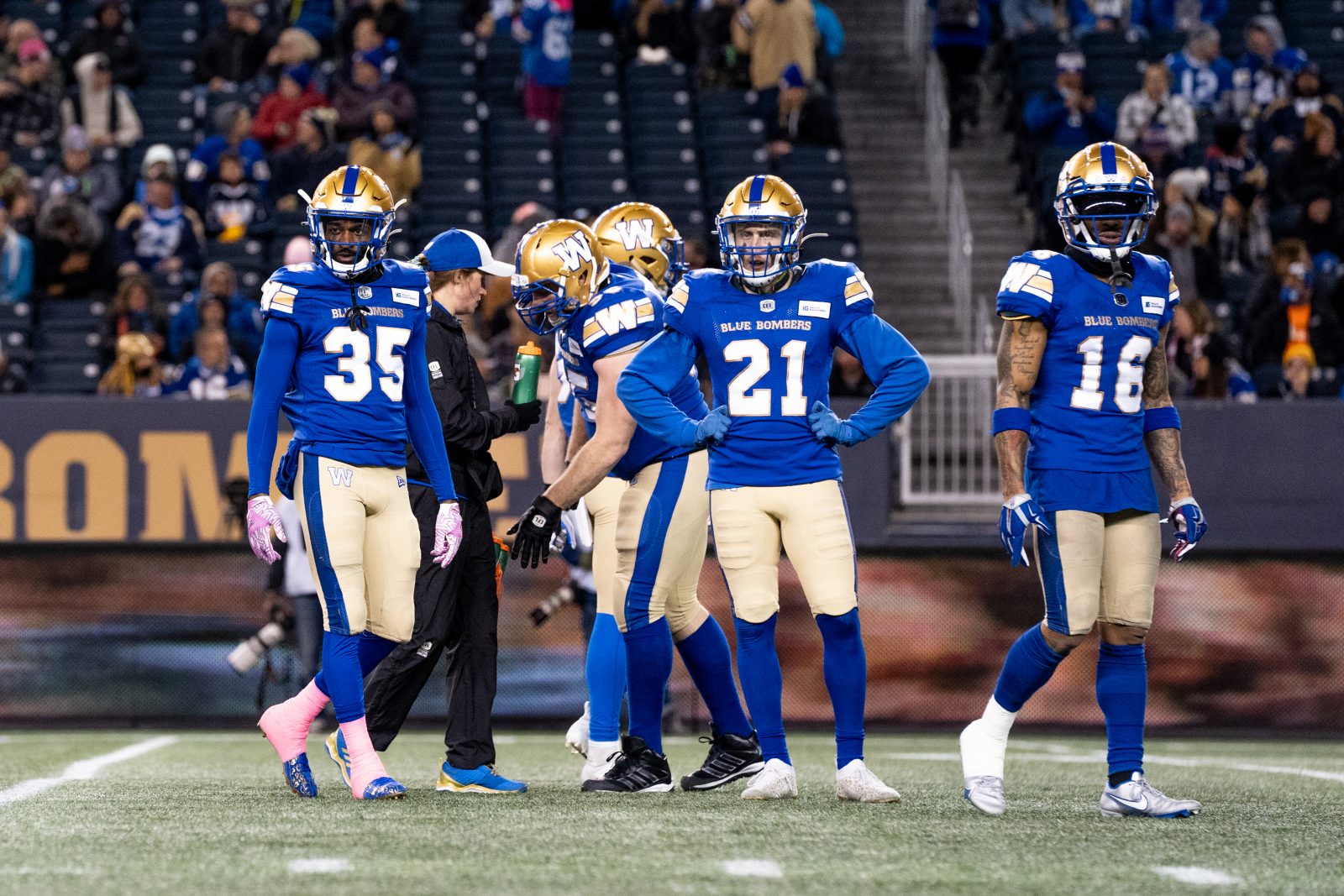 #12 Sean McGuire, QB: He’ll make his first professional start against the Als with the receiving corps intact and likely new face in Drew Richmond at left tackle. There’s a lot to like about McGuire’s skillset, but this will be his first real test with live action.

“Confidence comes from preparation, for sure,” said McGuire from the team’s hotel in Montreal. “The timing just feels right. I’ve been waiting and anticipating with uncertainty and stuff… everything that leads up to the game is important, but when the ball is put down we’re just going to go play football and aim to win.”

#16 Mike Jones, DB: With Alexander, Taylor and Nichols getting the weekend off, Jones will line up at halfback beside Winston Rose. He’s already proven his versatility, but this is his opportunity to provide more leadership with so many newer faces in the secondary.

#38 Shaq Cooper, KR/RB: Janarion Grant gets the day off and Cooper – scooped up by the Bombers after his release by the B.C. Lions – gets a chance to return kicks and showcase some of that talent that Mike O’Shea referred to as dynamic.

#51 Jermarcus Hardrick, RT: The big man returns to the right side of the Bombers offensive line and his contagious enthusiasm will be big with so many new names on the depth chart.

“It was burning me inside not to play,” said Hardrick, who missed three games, earlier this week. “I really wanted to be out there with the team. Sometimes when I wasn’t practising I was jumping into practice and probably getting in the way, going home and sitting in a corner crying to myself and telling my wife ‘I hope they don’t cut me.’

“I know there were numerous times the team was having practice and I was just running through the middle of the field or going to catch a ball for a punter or a punt returner who was really trying to practice. There was a couple of times my wife had to tell me to calm down.

“It was killing me not to be out there, man. I was probably hard to live with. I had nowhere to burn that energy.” 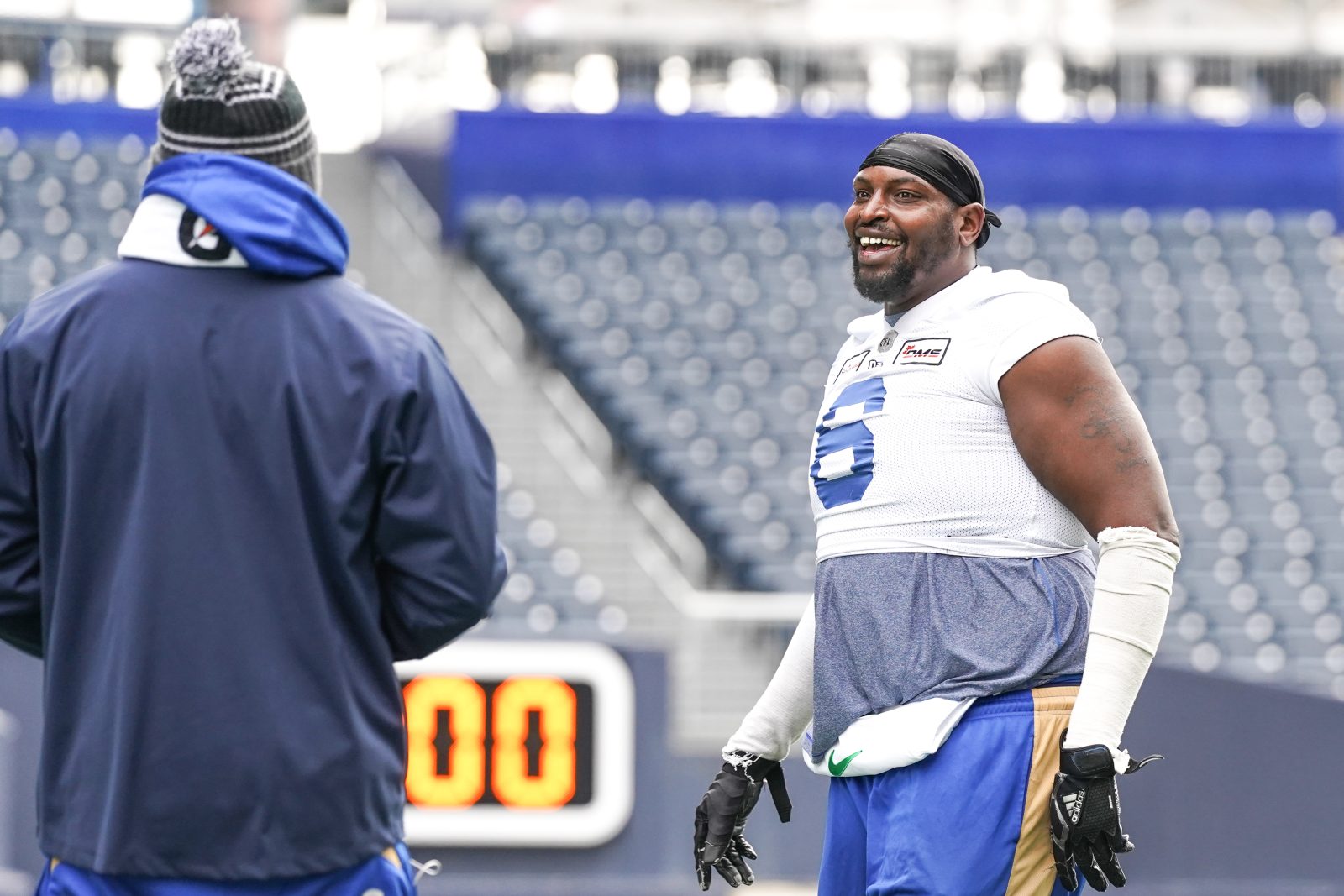 Sean McGuire has 72 career passing yards for the Bombers, having completed four of 10 passes in spot duty as a passer over 30 games. He also had 9,819 yards passing during his days at Western Illinois (2015-18), most in school history.

Winnipeg opponents have gone 0-for-46 in their fourth-quarter drives this season. The Bombers have out-scored their opposition 116-6 in fourth quarters this year.

“The best thing we can do for him is be in the right spots, be in the right positions, make everything easy sailing for him. So, it’s just being there for him and supporting him and having fun with him. This is going to be a cool opportunity for him and I know he’s pumped. He’s my roommate, too, so you know I’m about to hype him up.

“He’s a hard-knocks kid, brother. He cares about this team and he loves football. He’s going to sling that thing, too, man. I know he loves to throw the ball. We’re going to have opportunities. He’s a smart guy and he’s going to give everything he has for us.” – Bombers WR Drew Wolitarsky on Sean McGuire.