Kickoff: Tonight, 7:30 p.m., IG Field
Know before you go *A reminder to fans to please come early to help expediate the process of scanning and validating your immunization card. Gates open at 6 p.m.
TV: TSN, RDS, ESPN2
Radio: 680 CJOB
live-stream: Sirius XM (Canada Talks, channel 167).
Weather forecast:  Cloudy. Becoming a mix of sun and cloud in the afternoon. Widespread smoke. Wind north 20 km/h gusting to 40. High 24. Humidex 27. UV index 6 or high.
www.bet.regal.ca odds: Ticats by 3.5 points.
Streaks: Winnipeg ended 2019 on a four-game win streak including capturing the Grey Cup; Hamilton: 1L, coming in the Grey Cup.
Home/Road: The Bombers were 8-1 at home in 2019; the Ticats were 6-3 on the road.
Head to head, 2019: The Ticats swept the regular season series in 2019; the Bombers won the biggest game of the year in a head-to-head battle – the 107th Grey Cup. 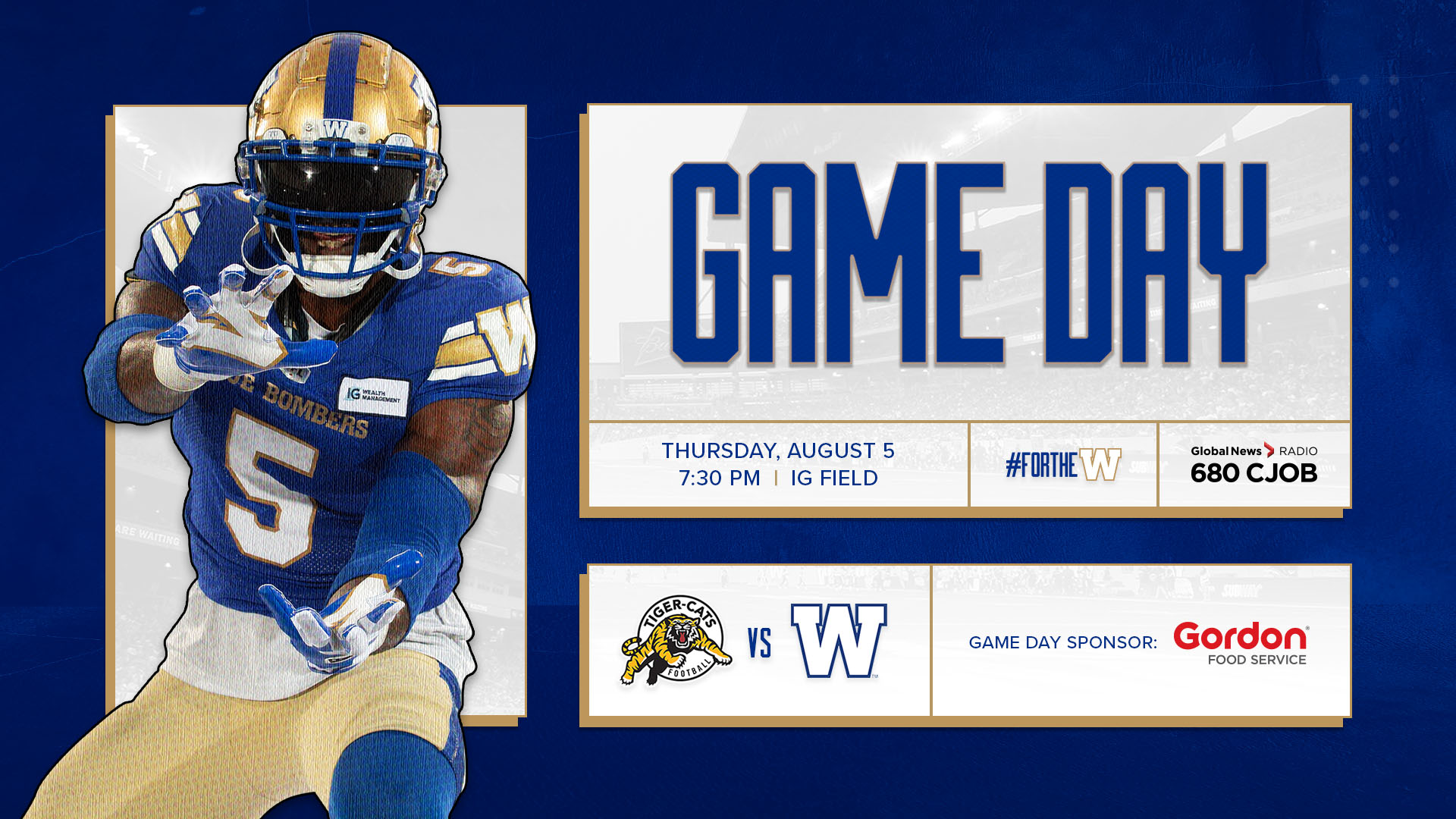 The Bombers will start veteran Zach Collaros. He is 35-32 in his career starts and 4-0 as a Bomber, with a win in the 2019 regular-season finale and then three playoff victories.

Hamilton counters with Jeremiah Masoli. He has a career won-lost record of 23-19 and is 3-3 in six career matchups against the Bombers. His last start, by the way, came against the Bombers in a July 26th win in which he was lost for the season with a knee injury and replaced by Dane Evans for the rest of the year.

Adam Bighill on the Bombers being 3.5-point underdogs for the season opener:

“It doesn’t really matter what anyone else out there thinks. I mean, if we cared about all that then we wouldn’t have won a Grey Cup last year with the route we took and how we did it. Feel free to count us as underdogs for the entire season for all I care. We’re going to go out and do what we do.”

#20 Brady Oliveira, RB, Winnipeg: The Winnipeg product makes his first pro start, filling in for the injured Andrew Harris. He’s a 225-pound north-south runner, but he’ll also be watched closely tonight for his work in pass protection and as a receiver – two aspects of Harris’ game that are unparalled. 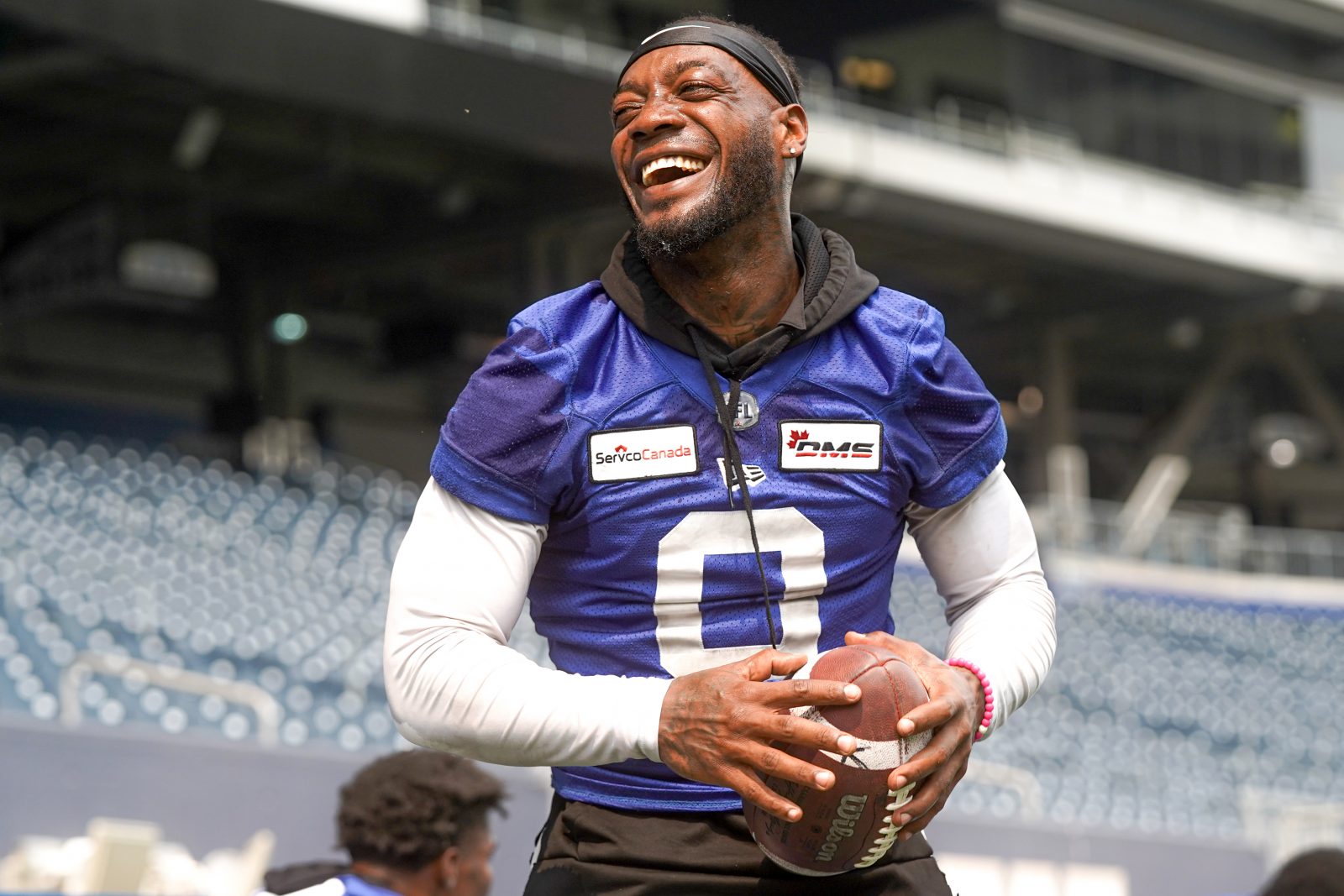 #6 Charles Nelson, SB: Bombers fans know what they’re going to get from receivers  of Kenny Lawler, Nic Demski, Drew Wolitarsky and even Rasheed Bailey, who made four regular-season starts and three playoff starts in 2019.

But with Darvin Adams down this week Nelson steps into the starting lineup at slot and it’s an intriguing addition. He was all over the depth chart during his days at Oregon as a receiver, runner, returner and even a guy who played some defence. After missing all but four games in 2019 after suffering a knee injury, he becomes an intriguing weapon in the Bombers attack.

Willie Jefferson on a return to football:

“First game in 600 and so many days back in IG Field after the Grey Cup and all that excitement, the parade… we’re back. This is what we want. This is what we’ve been waiting on. 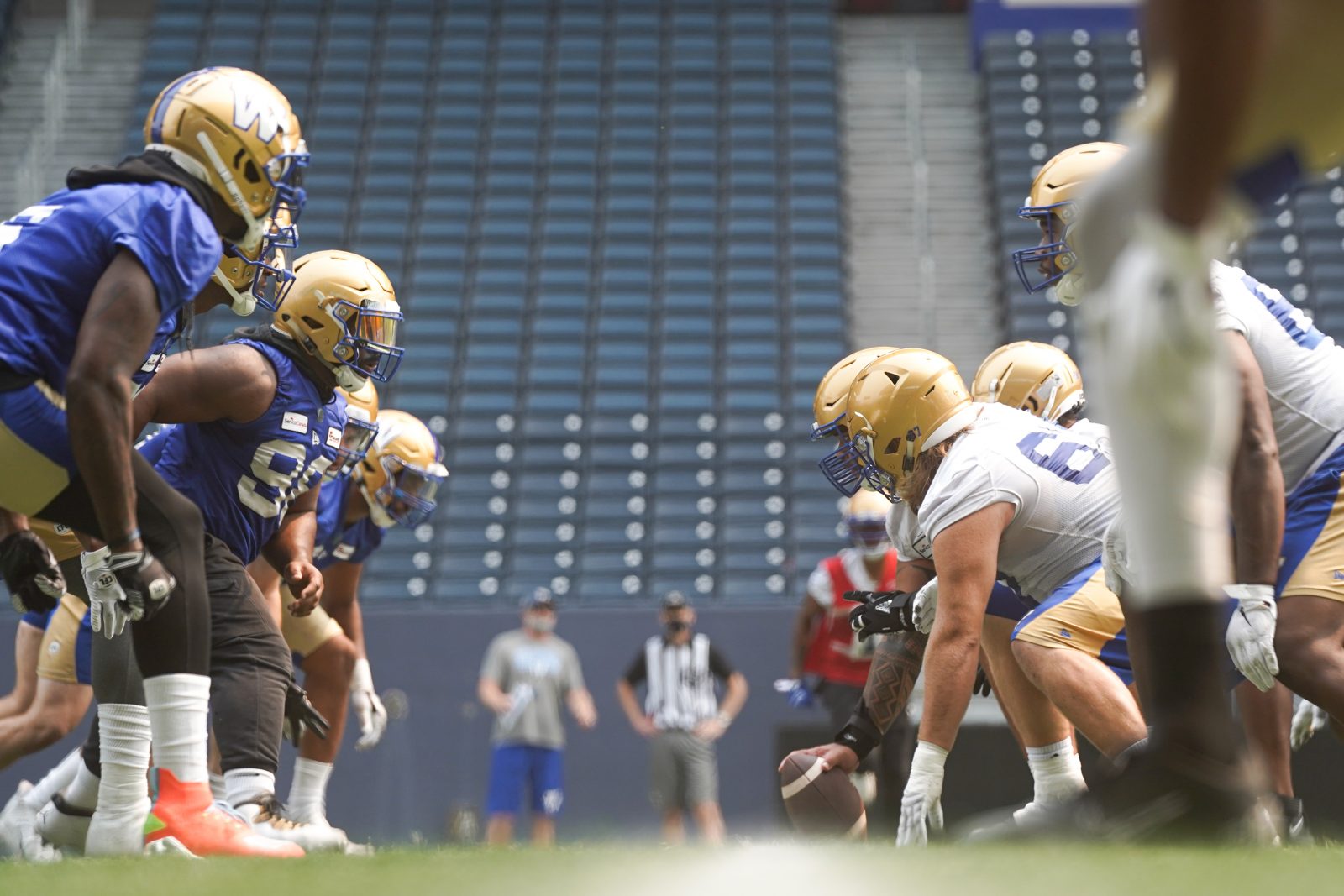 “I’m just ready for football,” said Bombers DE Willie Jefferson when asked about the Ticats OL changes. “I could care less who’s going to line up on the other side of the ball. I was hoping it was going to be Van Zeyl so we could get thar rematch from 2019. But who every lines up is who is going to get the action tomorrow.”