Kickoff: Sunday, 5 p.m. CST, Tim Hortons Field, Hamilton.
The weather forecast: From Environment Canada: A mix of sun and cloud. High +4. Cloudy overnight with a low of plus +2. Saturday’s walk-through practice, FYI, featured a temperature of +14, albeit with a gusty wind. “We were hoping for -10, but mother nature doesn’t always do what we ask,” said Bombers head coach Mike O’Shea. “The guys are enjoying this day… a little Vitamin D for you.”
TV: TSN, RDS, ESPN 2, BT Sport 1
Radio: 680 CJOB; Sirius XM (Canada Talks, channel 167).
BetRegal.ca odds: The Blue Bombers are favoured by 3 points.
Streaks: Winnipeg: 1W. Hamilton: 3W.
Home/Road: The Bombers were 4-3 on the road this season, including losses in Montreal and Calgary at the end of the year when they rested a number of players. The Ticats were 6-2 at home this year, including a win over the Montreal Alouettes in the Eastern Division Semi-Final and are 16-2 at Tim Hortons Field, including playoffs.
Head-to-head: This is the second meeting between the Blue Bombers and Ticats this year. The Bombers won the first meeting in Winnipeg 19-6 in what was the CFL’s 2021 opener.nThe Bombers are 6-4 in their last 10 games vs. Hamilton, including the 2019 Grey Cup. Winnipeg is on a six-game winning streak in the playoffs against the Ticats, with the last loss coming in the 1989 East Final.
Blue Bombers vs. Tiger-Cats Grey Cup history: Winnipeg and Hamilton have met in the Grey Cup 11 times, with the Bombers holding a 7-4 advantage after winning in 1935, 1958, 1959, 1961, 1962, 1984 and 2019. 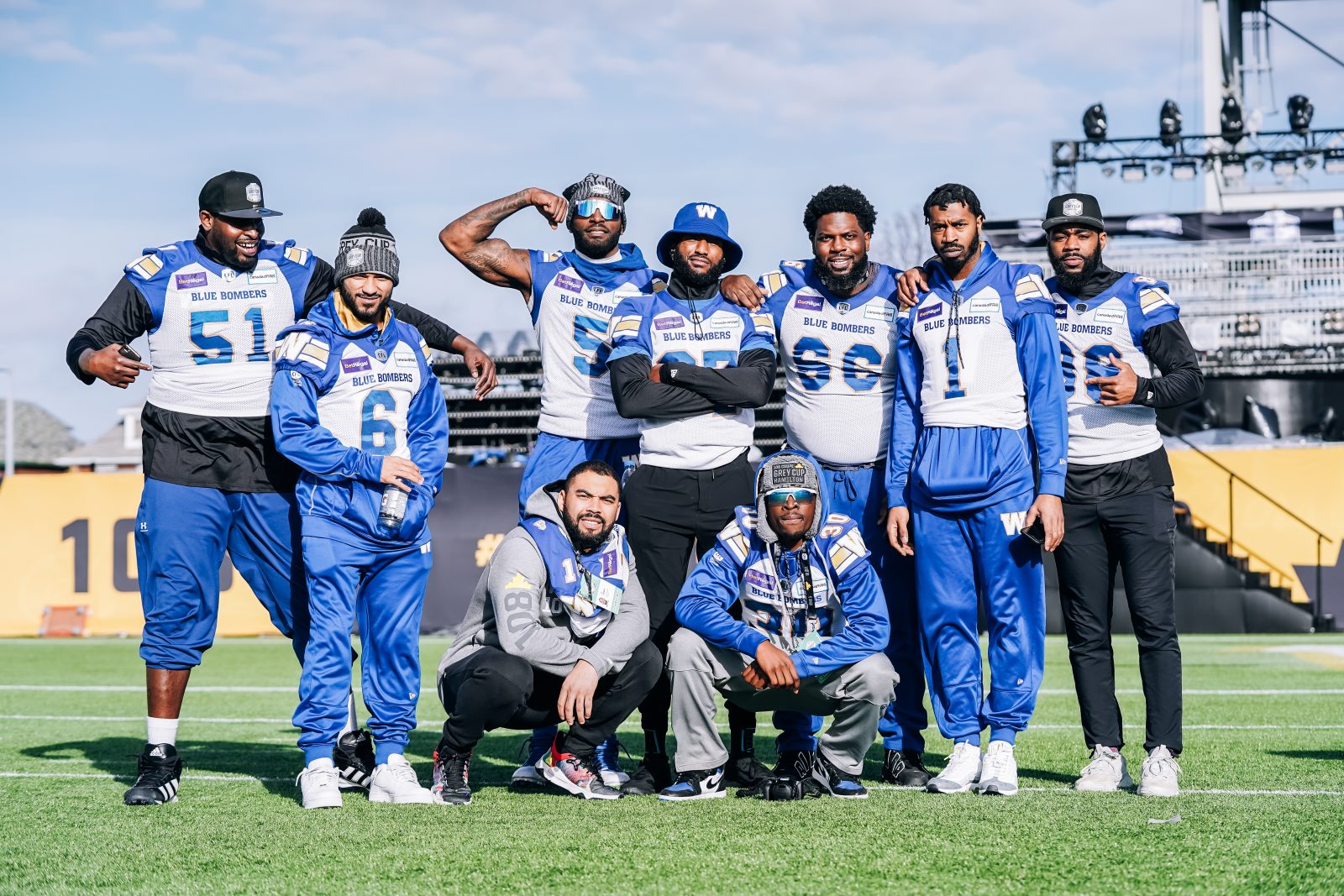 “Everybody has a lot of love for Coach O’Shea,” said Collaros. “It’s something he’s talked about since I’ve been here and I’m sure before… before every game he says something to the effect of ‘Find somebody in this locker room that you’d go out there and lay it on the line for because you love him. I’d venture to guess that every single person in our locker room has a handful of guys they feel that way about.’ That speaks to our team, the locker room and obviously to our leadership.”

The Bombers have made two roster changes for this week’s game. Coming on are OL Chris Kolankowski and DB Josh Miller, off are OL Tui Eli and DB Mike Jones. Eli did not travel with the team because he was unvaccinated while Jones is here but has been nursing a bad knee.

#8 Zach Collaros, QB: The CFL’s MOP is coming off a sensational regular season, but also a Western Final in which he finished with three interceptions. He’s been money for the Bombers in the playoffs, though, with a perfect 4-0 record – three victories in the 2019 championship run and 1-0 this year.

#94 Jackson Jeffcoat, DE: He was absolutely dominant in the ’19 Grey Cup along with Willie Jefferson and got after it again in the Western Final. He’s perfected the craft of not only getting to the QB, but strip-sacking him or swatting the ball away.

#80 Janarion Grant, KR: The Ticats special teams – led by former Bombers head coach Jeff Reinebold – provided the spark in last week’s win over Toronto in the Eastern Final. And so if this is a game of field position or potentially big plays on special teams, then the Bombers, as always, will lean on Grant to provide a similar spark. 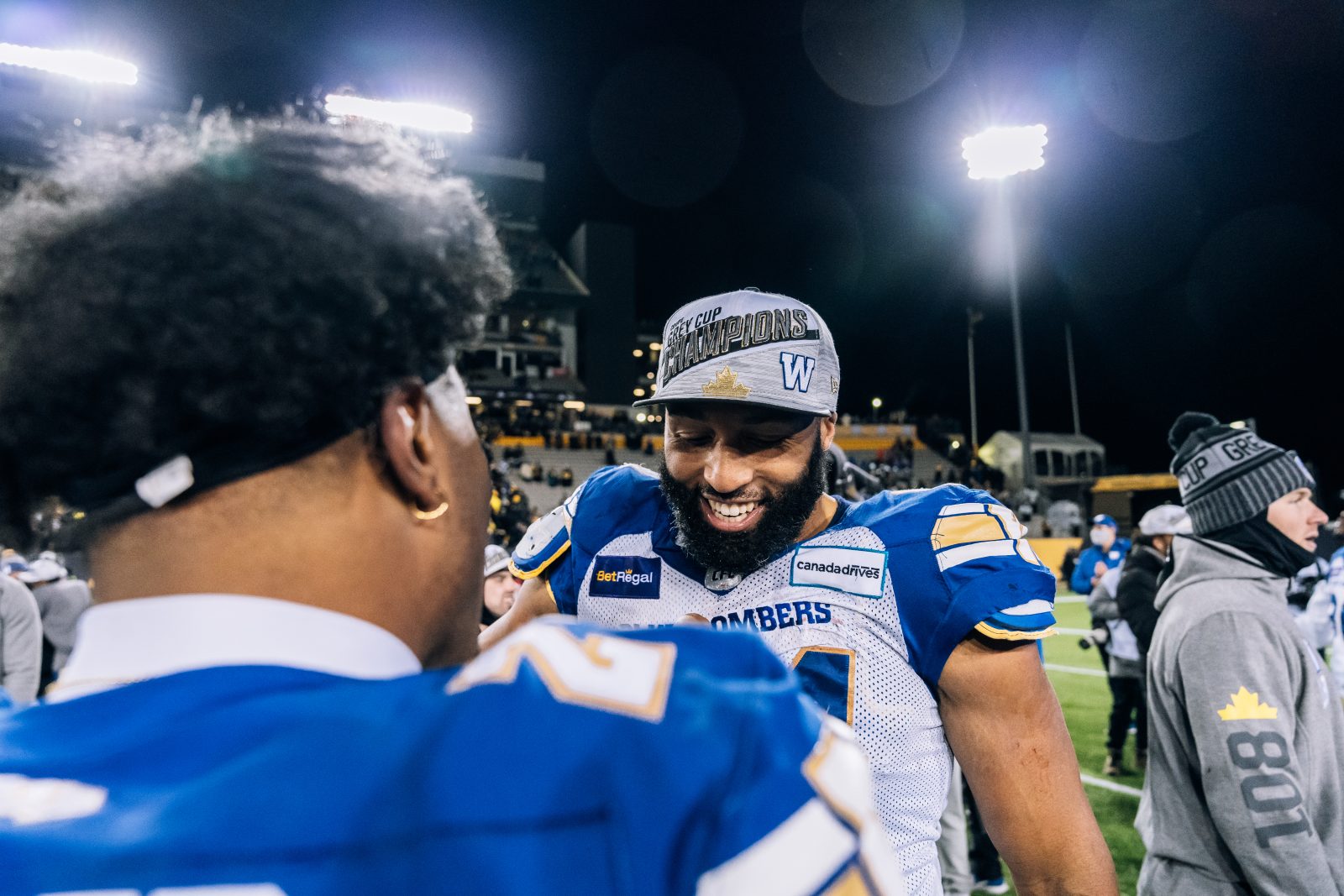 #14 Sergio Castillo, K: The veteran kicker has helped steady the Bombers kicking situation, going 7-of-9 (77.8 percent) since his arrival. If the game is as tight as expected, his handiwork – err, footwork – could be vital.

The Ticats have been the stingiest defence in the league against the run, allowing just 79.6 rushing yards per game. Big news on that front on the eve of the game: dominant Canadian DT Ted Laurent will not dress after undergoing an appendectomy. 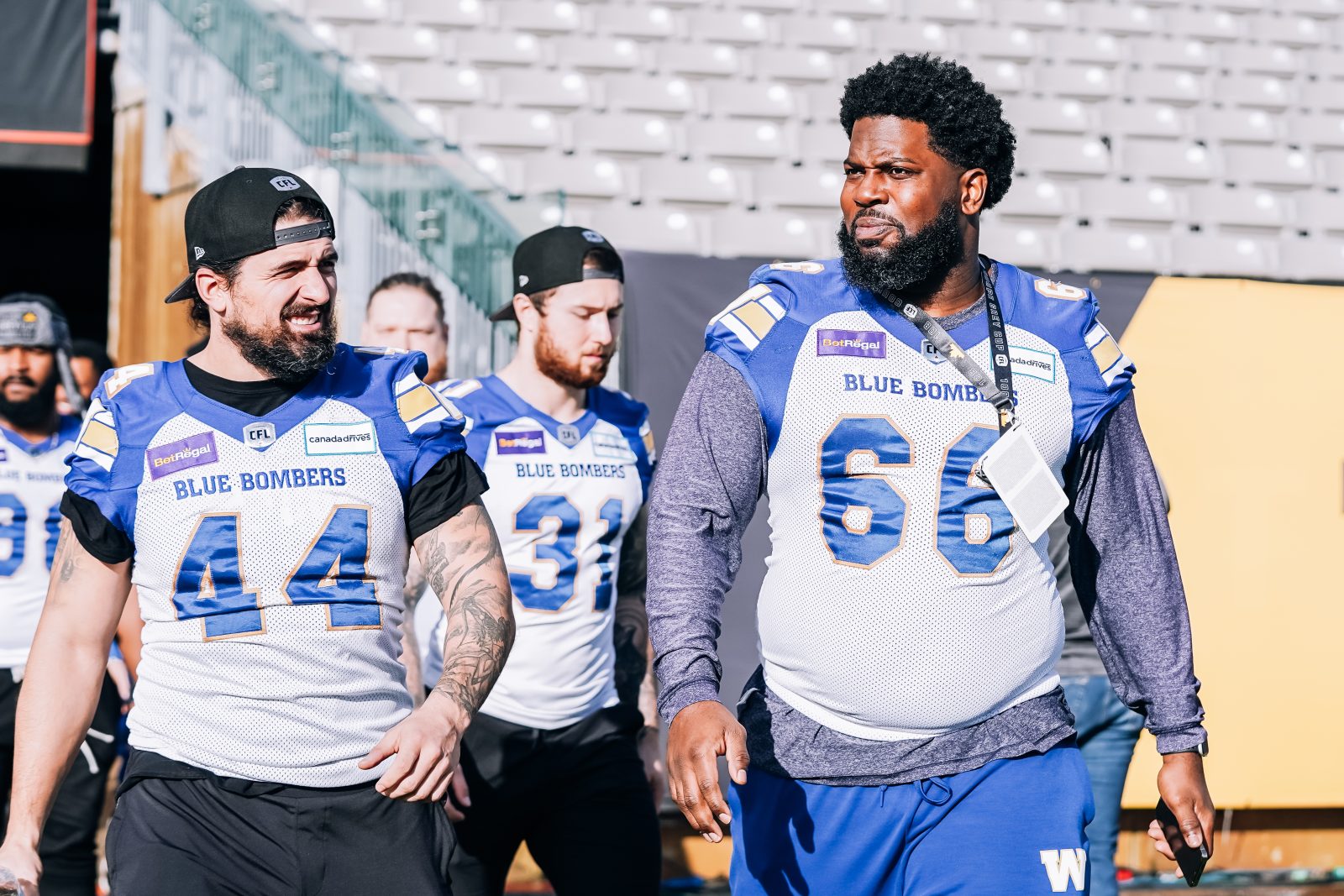 “We go out and we do what we do and it’s all about physicality. If they’re going to beat us, they’re going to have to deal with a certain amount of that and you’re going to have a busted nose along the way. I’m not saying that’s what we’re trying to do, but that’s the kind of game we bring. It’s going to be a physical game and for us to get beat or for them to get beat it’s going to come down to a physical game. I don’t want to make it any more personal than that, but that’s the kind of game it is in the trenches where you get to really feel who’s winning and who’s losing.” – Bombers right tackle Jermarcus Hardrick.

“The mindset we have on our team is we haven’t done anything yet and what we have done isn’t good enough – we have to work harder. And we need to finish it. That’s the mindset – finishing. We have one goal in mind and that’s to host that Cup after the game and Hamilton is in our way.” – Willie Jefferson.