Danny McManus is on speaker phone, his voice rising above the background noise of the miles piling up as he traverses another Florida highway.

“I’m just driving again,” began the Winnipeg Blue Bombers Assistant GM/Director of U.S. Scouting with a chuckle. “This is our Florida swing for Pro Days at all the universities. We have eight this week. There are a couple of double days where we’re at two Pro Days. Today is a single day, which is nice.

“We did Florida and Florida A&M on Monday. FSU (Florida State) on Tuesday, FIU (Florida International) and Miami on Wednesday, we just finished at FAU (Florida Atlantic) and are heading over to South Florida before we finish up with Central Florida.”

These Pro Days, combined with the club’s schedule of five free agent camps this month in Tampa, Fort Worth, Houston, Atlanta and a to-be-announced location, are critical for the Blue Bombers. The CFL Draft provides the Canadian talent, the Global Draft stocks teams with the international component and free agency is massive in adding both American and homegrown players with experience.

But it’s the work McManus, Assistant GM/Director of Pro Personnel Ted Goveia, and the regional scouts do to unearth the prospects that work their way through Pro Days and free agent camps that provide a ton of the talent that will be in Winnipeg first for rookie and then main training camp beginning May 11th. 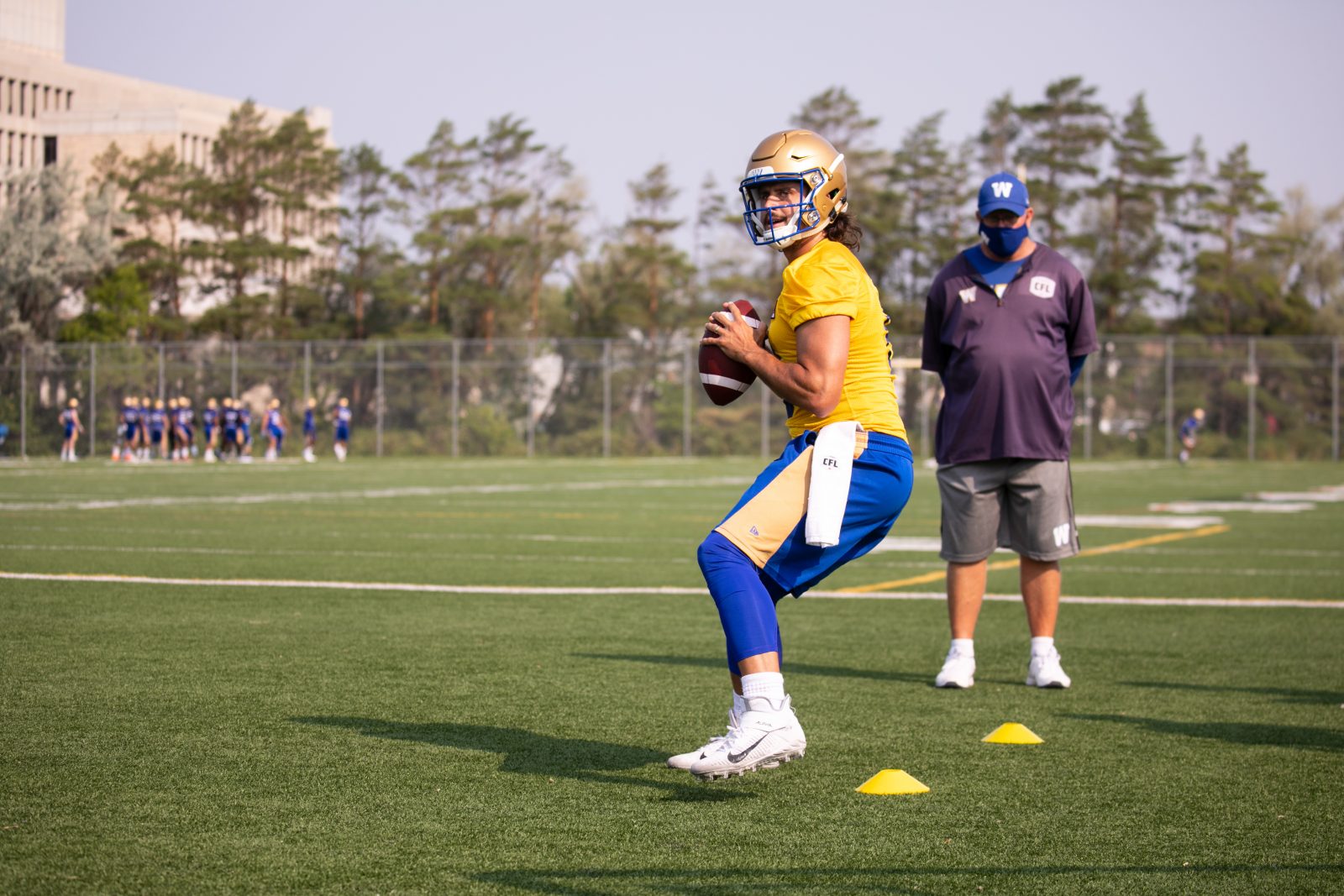 The Pro Days feature players who are being eyeballed by NFL scouts in advance of the NFL Draft April 29-30 in Paradise, Nev., but those who slip through the cracks and are not drafted could be in CFL camps as soon as next month.

“There are guys that I’ve seen during the season in going to games down here in Florida. Now you get to see them do some combine testing and get some numbers on them that way,” McManus explained.

“There are some guys that will be high draft picks that the NFL guys are coming in to see. I take down all those numbers because you never know, something might happen. The NFL guys are very open to us coming to the workouts, let us in to hear all the information and let us ask questions. It’s great information and great for contacts.”

McManus is excited for the club’s free agent camps, especially with the pandemic causing the cancellation of the events over the last two springs.

“Not many of these kids coming to our free agent workouts even had a Pro Day at their schools because of COVID. The class of 2020 and a little bit of 2021 – a lot of those kids never got the chance to be evaluated through a Pro Day/combine testing situation,” he said.

“Plus, with these kids wanting to at least get a chance to continue to play football they’re going to come out and be in the best shape they can possibly be in and try to impress us to find a job.

“We weren’t able to do any of these for the last two years so we’ve been off the trail. It’s great for us to be back on the trail again doing these workouts because we’ve had some good success with them.” 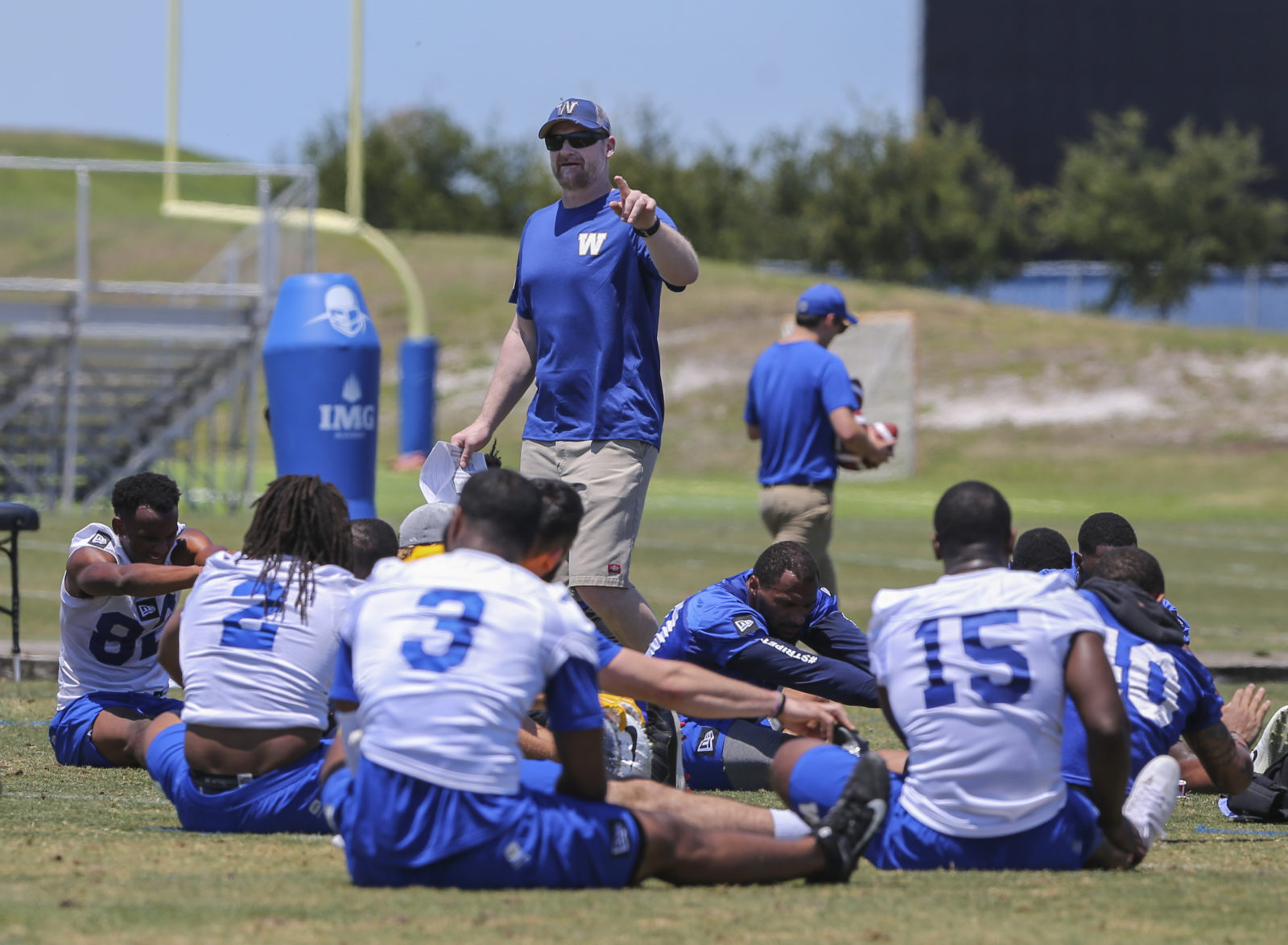 1. There was an excitement in McManus’ voice as we chatted earlier this week, and with good reason: the skilled scouts in this business love finding a prospect like a Brandon Alexander, a DeAundre Alford or a Rasheed Bailey and then watch them morph into stars.

“I enjoy the chase of trying to find the guy that can fill a spot or make a difference for us in our ball club,” said McManus. “When you go to a workout you’re just not sure what you’re going to see. You have an idea because you’ve invited some guys to come and then there are other guys who may have been out of football, and they’ve got themselves back in shape and are ready to play and they surprise you.

“It’s often a case of where guys are now in their lives and how much do they want to play football. To come to a free agent workout on a tryout basis, you’ve really got to love football because you’ve got to be in good shape to put on a show. They’re trying to get a job. These camps are like a job interview, so they need to put their best foot forward.”

2. One more note on the free agent camps… McManus and Goveia solicit the support of some Bombers alumni at these events. Danny’s brother Jerry will often help, with James West and Milt Stegall often volunteering to help with the Atlanta camps and other former Bombers offering their aid depending on the locale.

Part of the process at the camps is to educate the prospects on the CFL, but also to gauge not just their talent, but their desire to keep chasing the pro football dream.

‘Your eyes are wide open as you go into the workout and then you tend to focus in a on a few towards the tail end,” McManus said. “From there you do your homework and see what might fit for the ball club.

“When they come you know they must really love football because this could be their last-ditch effort. Everybody is evaluated the same way from registration to the testing to the individual workouts to the one-on-one stuff.

“It doesn’t matter where you were before or where you came from. It’s what do you look like right now and can you help us right now. It’s about being in the present and can a guy make it to a training camp and impress the coaches enough to stick around.” 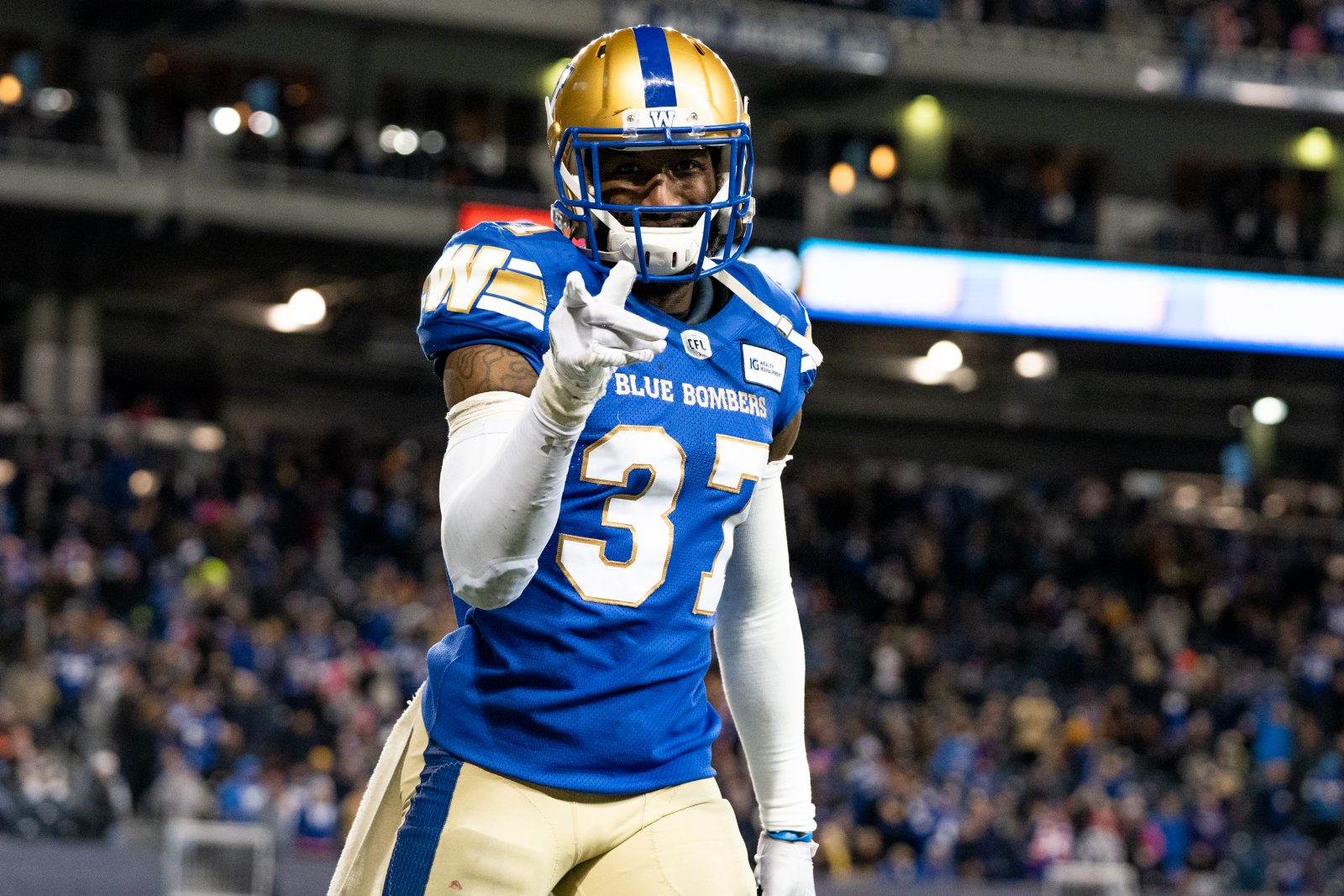 3. Brandon Alexander is one of the best Blue Bombers free agent camp stories. He had a brief stint with the Atlanta Falcons after his college days at Central Florida and was teaching when he got a call from Blue Bombers defensive coordinator Richie Hall.

The club was interested in Alexander, but he had to have a tryout – including one other prospect – just to get invited to the free agent camp to then earn his spot at Blue Bombers rookie camp.

“Richie was on vacation in Florida,” said Alexander in our latest ‘Handled Internally’ podcast, which will be available soon. “This was way before I knew I was even going to put my cleats on again. He called me and we had a tryout before the free agent camp.

“I had a tryout with one more person and I sucked at the tryout. I caught a cramp in the first 30 minutes of the whole tryout and it was basically an hour and 30 minutes to two-hour tryout.

“But I didn’t stop. I was running through the camp and I was dropping balls everywhere and almost falling on the ground because I hadn’t really been training for football in a year and a half thinking that it’s over.”

Even so, Alexander earned an invitation to a Blue Bombers free agent camp in Bradenton. And after Bradenton he was then asked to run a 40 and do more drills back at UCF for the Blue Bombers. The rest, as they say, is history.

4. The CFL released the order for the Global Draft on May 3rd, with the Blue Bombers now scheduled to select 6th in the first round, fourth in the second round and sixth in the third and final round – 6th, 13th and 24th overall. The entire draft order can be found here: here.

The Blue Bombers have had success with the Global Draft, selecting Thiadric Hansen in 2019 and then having Les Maruo, Sergio Schiaffino-Perez and Ayo Oyelola all dress for games in 2021.

5. And, finally, I have no clue why some folks get so bent out of shape on these way-too-early power rankings and Grey Cup odds, but Blue Bombers fans should have nothing to complain about on either front.

The CFL.ca’s power rankings have the Blue Bombers ranked first and the latest Grey Cup odds have the two-time defending champs as the front-runners, too.