The paint is still wet on the latest Winnipeg Blue Bombers Grey Cup masterpiece and yet even as everyone in Bomberland basks in the glow of back-to-back championships, eyes are already focused on another prize. Three-peat, anyone?

The notion of going back-to-back-to-back began not long after the Bombers had put the finishing touches on their ’21 championship, that thrilling 33-25 OT win over the Hamilton Tiger-Cats just over 10 days ago. And then the list of prospective Canadian Football League’s pending free agents was released and the daunting reality of that task hit like a 2×4 across the lips.

“It’s going to be hard. It’s always hard with the way contracts have been working as of recently with one-year contracts… it’s all up in the air,” said all-star linebacker Adam Bighill, one among the Bombers’ long list of to-be free agents.

“Some guys are going to have some serious NFL interest, as they should. You’ve got guys who performed very well and deserve a fair contract from the league. We realize it’s a business. On our minds is obviously a three-peat, but you want the best for every guy in the locker room and you don’t fault them for making the best decision for themselves and from that standpoint we’ll see how things shake out.”

The Bombers’ list is 48 names long, although seven players of that group weren’t with the team at all at the end of the season in Joshua Caldwell, Greg Ducre, Connor Griffiths, Malcolm Lewis, Dexter McDougle, Mekale McKay and Mason Moe. 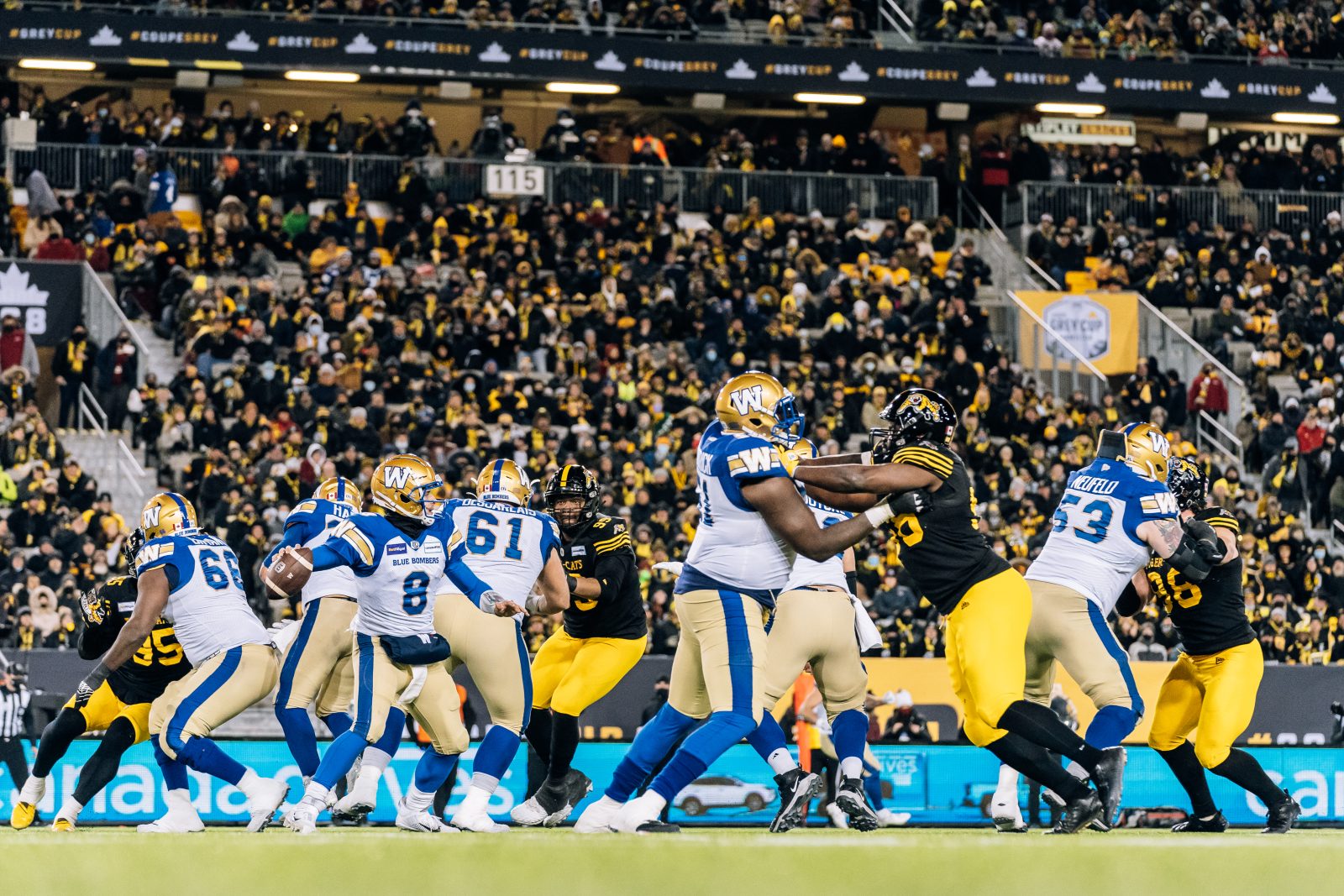 All of this is nightmarish in terms of trying to maintain some sense of continuity. AND, when you are the Grey Cup champions it also means the runway is shorter to attack that list than the seven other teams that weren’t playing on the last day of the season. More stuff as we clean out our notebook heading into the Christmas break… 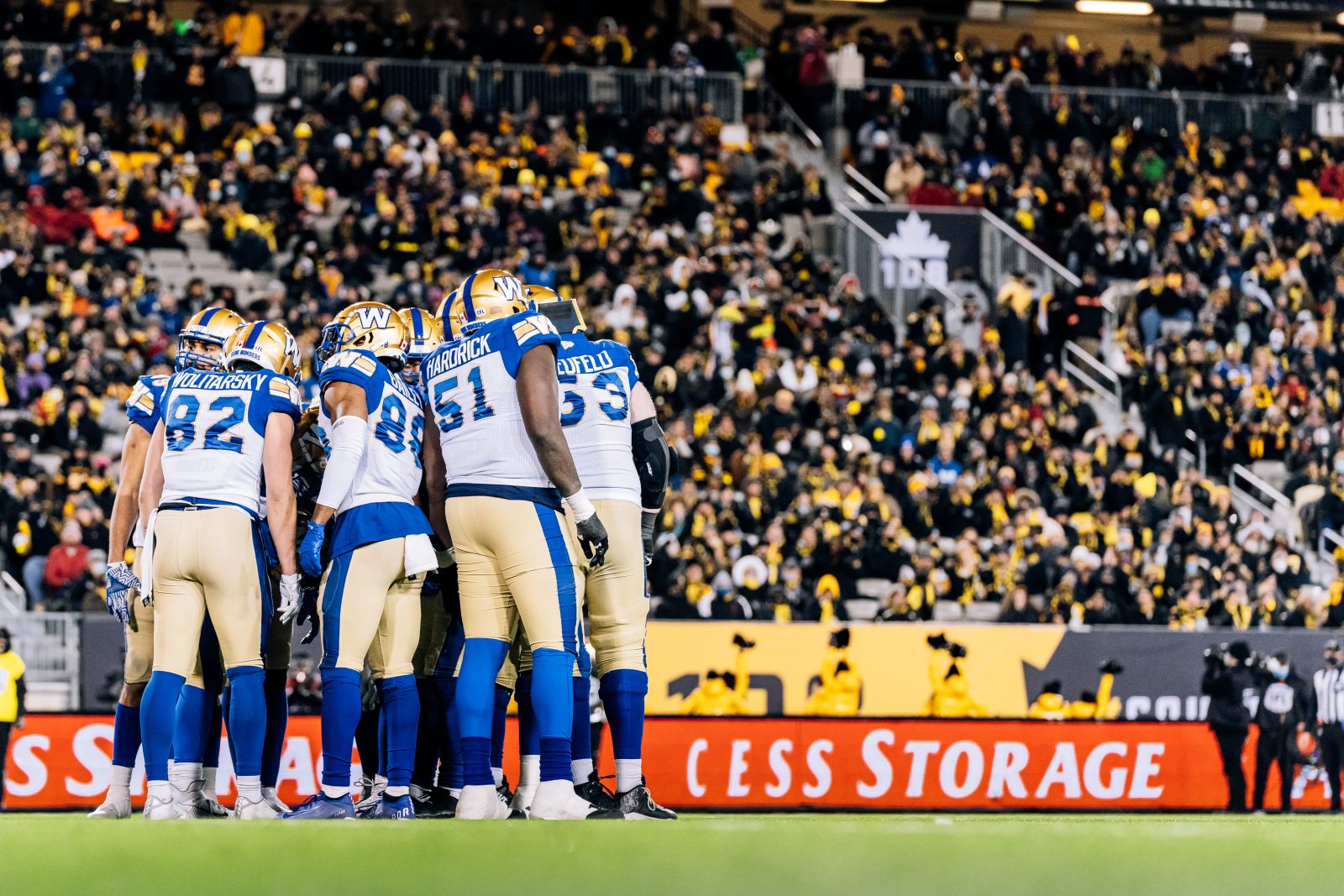 IT ISN’T JUST CFL FREE AGENCY… that can mess up a team’s plans to keep the band together, but interest from the National Football League as well. The Blue Bombers drawing the most interest from NFL teams, FYI, are CB DeAundre Alford, guard Drew Desjarlais, defensive back Deatrick Nichols and receiver Kenny Lawler.

THE CFL DRAFT ORDER IS OFFICIAL NOW… and the Bombers, as defending Grey Cup champs, will pick ninth – or last in the first round. Their other picks will be 18th, 38th, 47th, 56th, 65th and 74th – last in each round. Their third-round selection, 29th overall, was traded to the B.C. Lions for kicker Sergio Castillo.

A COUPLE/THREE NOTES ON THE THREE-PEAT… that are worth bringing up here. First, no team in Blue Bombers history has ever won three Grey Cups in a row. In fact, only once in the club’s storied past has the team made three consecutive trips to the championship – the 1957 Blue Bombers fell in the Grey Cup that year before winning in both 1958 and 1959.

The 1960 team, FYI, went 14-2 but lost the best-of-three West Final to Edmonton after Ken Ploen broke the bone in his throwing hand in the first game. But with Jim Van Pelt having been drafted into the United States Air Force in the summer of 1960 the effective 1-2 QB duo of previous years was lost. Ploen did start the third and final game, broken hand and all, and managed to complete just 3-of-9 passes while the club racked up 308 yards rushing in a 4-2 loss. Yes, the final was 4-2. 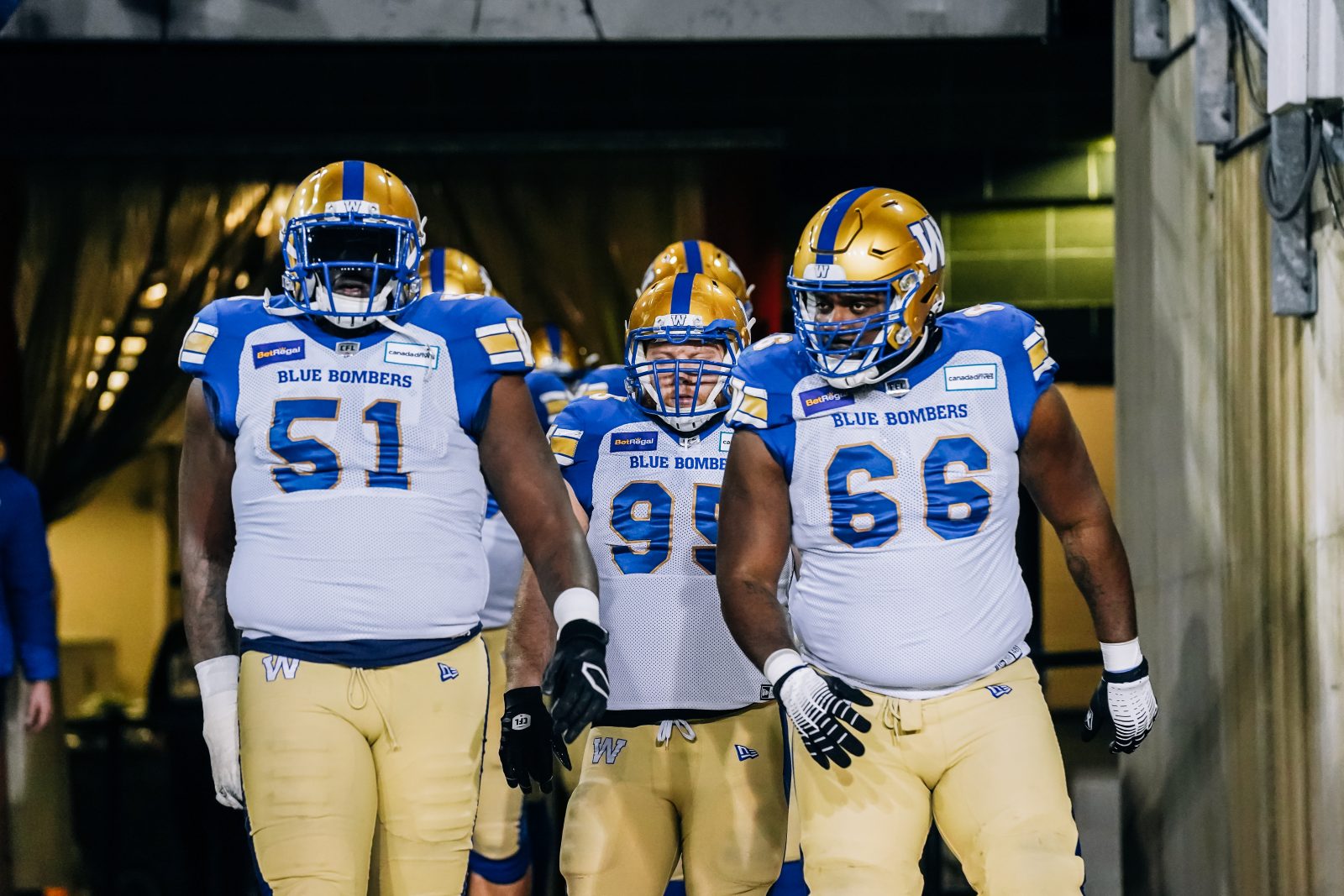 THE CFL DID THE SECOND NEG-LIST REVEAL… of the year this Tuesday, as each of the nine clubs gave fans a sneak peek at 10 names on their 45-man negotiation lists – meaning those players’ CFL rights are owned by each specific team.

The Bombers list is here along with the rest of the teams and one of the most-intriguing names is the lone quarterback listed: Jake Bentley of South Alabama. Bentley began his collegiate career at South Carolina, transferred to Utah and then finished his final year of eligibility at South Alabama. He has indicated he may turn to coaching, but this story illustrates his toughness as he threw for 354 yards with two touchdowns and three interceptions while playing on a torn MCL and ACL in South Alabama’s 27-21 loss to Coastal Carolina last month that ended the Jaguars season.

AND, FINALLY, JUST MY TWO CENTS… but allow me to weigh in on the discussion of the worthiness of Zach Collaros as the CFL’s Most Outstanding Player. All season long and in the days since the Grey Cup there has been an ongoing narrative about scoring being down across the league and an ensuing suggestion that given dominance of the Blue Bombers defence, a defender– Adam Bighill was the CFL’s Most Outstanding Defensive Player – should have been also named MOP.

It’s fair comment, of course, but it also diminishes to some extent the work Collaros did this season in a year in which the league returned from missing 2020 due to the pandemic. Further to that, consider this: using the best metric available to measure quarterbacks – the QB-efficiency rating that uses a formula based on attempts, completions, yards, touchdowns and interceptions – Collaros’ 2021 rating of 111.0 is among the best in the CFL over the last 17 seasons.

That’s damn fine company, by the way. Happy Holidays everyone and thanks for all those who continue to visit www.bluebombers.com.