Kenny Lawler sensed it from the moment the calendar flipped following the Canadian Football League cut-down day late last week to the first practice as a team on Sunday. The mood changed. The excitement level cranked up a notch or two and the collective focus became that much more intense.

The Bombers – finally – will get to the task of defending their 2019 title Thursday night in the CFL 2021 season opener. With that in mind, here are three storylines to track…

A common narrative heading into the first week of CFL action is that it will be sloppy and mistake-filled and rife with penalties – especially given this pandemic-shortened season is debuting without any preseason games. Here’s the thing: even with a preseason the first games of a new year – in any sport, really – are often sloppy and mistake-filled and rife with penalties. So, really, how will anyone really be able to tell the difference?

“The biggest thing for us is we’re prepared for this,” said Bombers slotback Nic Demski. “Even though we had last year off we came in here, we’ve gone through training camp, we’ve fought hard and battled through the whole training camp, we know who our teammates are and who we want to play for. At the end of the day just because we had that gap last year it’s still regular season football. We’re still coming out here to play the game that we love.”

Bingo. So, let’s enjoy this for what it represents – the return of the three-down game in this country – and just soak up the entertainment. 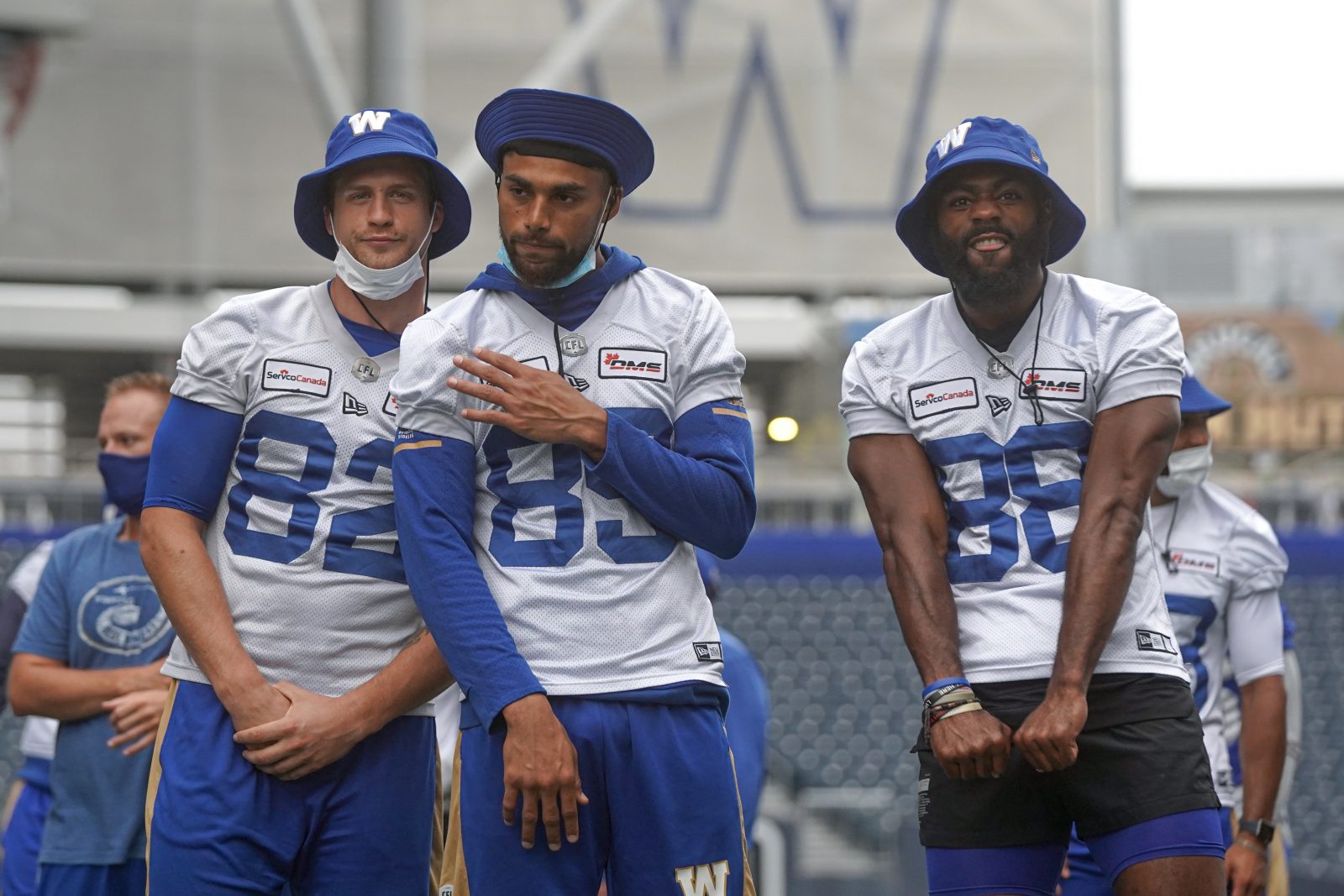 The Bombers open 2021 with a ton of continuity, even with Andrew Harris, Darvin Adams and Kyrie Wilson on the shelf for Week 1. Still, there will be a new kicking battery in long-snapper Mike Benson feeding Marc Liegghio and Tyler Crapigna, the Chris Streveler bull-in-a-china-shop option is gone and there will be three new faces in the secondary in veteran Josh Johnson and CFL newcomers Deatrick Nichols and DeAundre Alford.

“We’ve been on this since the start of training camp,” said Bombers safety Brandon Alexander. “We’re big on communication, watching film, making sure that guys know where they need to be. Those guys in the boundary – (Deatrick Nichols) and Dee Alford play extremely well together, they communicate well together so I have no worries about those guys. And then Josh Johnson, he’s been in the league for numerous years, he’s a veteran guy, so it’s going to take him a second or a play or two to get his feet wet in there.

“I’m really not too worried about it. Our guys are ready to go and keyed in on what we have to do.”

‘New’ offensive coordinator Buck Pierce – he’s arguably had the longest wait to call a game in CFL history after being officially hired in January of 2020 – will hate that he’s been pushed into the spotlight here, preferring instead to push the attention onto the players.

That said, his troops are excited at what the former QB has put in place for 2021. And with no test drives that come with a preseason, this bunch is taking the offence out onto the highway right away. Of course, it helps that so many pieces return – even minus Harris and Adams to start.

“I’m excited for Buck. I’m excited for this offence and our potential and how many plays we can make,” said Demski. “The biggest thing is keeping the quarterback healthy and when we have the same exact O-line coming back this year that’s the biggest plus. No matter who we have in this locker room we have a bunch of playmakers who have the potential to play a game.”