REGINA – Seldom does a practice day go by without Jermarcus Hardrick flashing that pure joy he has for his gig as the Winnipeg Blue Bombers right tackle.

It could be him lifting up kicker Marc Liegghio after he hit the game-winning field goal in last week’s win over the Calgary Stampeders. It might be the big fella following a running back down the field 30 yards after a run during a practice, or jawing at a defensive lineman after he jumps offside or is pancaked to the ground with a block

And so, given his daily reactions to sometimes even the most mundane moments, just imagine how the 31-year-old product is feeling right now, just hours away from the annual Labour Day Classic showdown with the arch-rival Saskatchewan Roughriders.

“It’s just special, man. After having a year off these are the moments you dream about – the bells and whistles, everything’s loud, the loud crowd, two good records going into it,” said Hardrick in a media Zoom call on Friday. “It’s just the next game for us, but just from being in the league long enough I know Labour Day means a lot.

“I don’t want to put too much on it, but if you’ve been in the league long enough or been around it, Labour Day means a lot to both clubs.

“With a short season every win matters and division games add so much more. You lose two points or you win two points and that’s a lot in a short season. I don’t want to put any more pressure on it, but it’s a big one.” 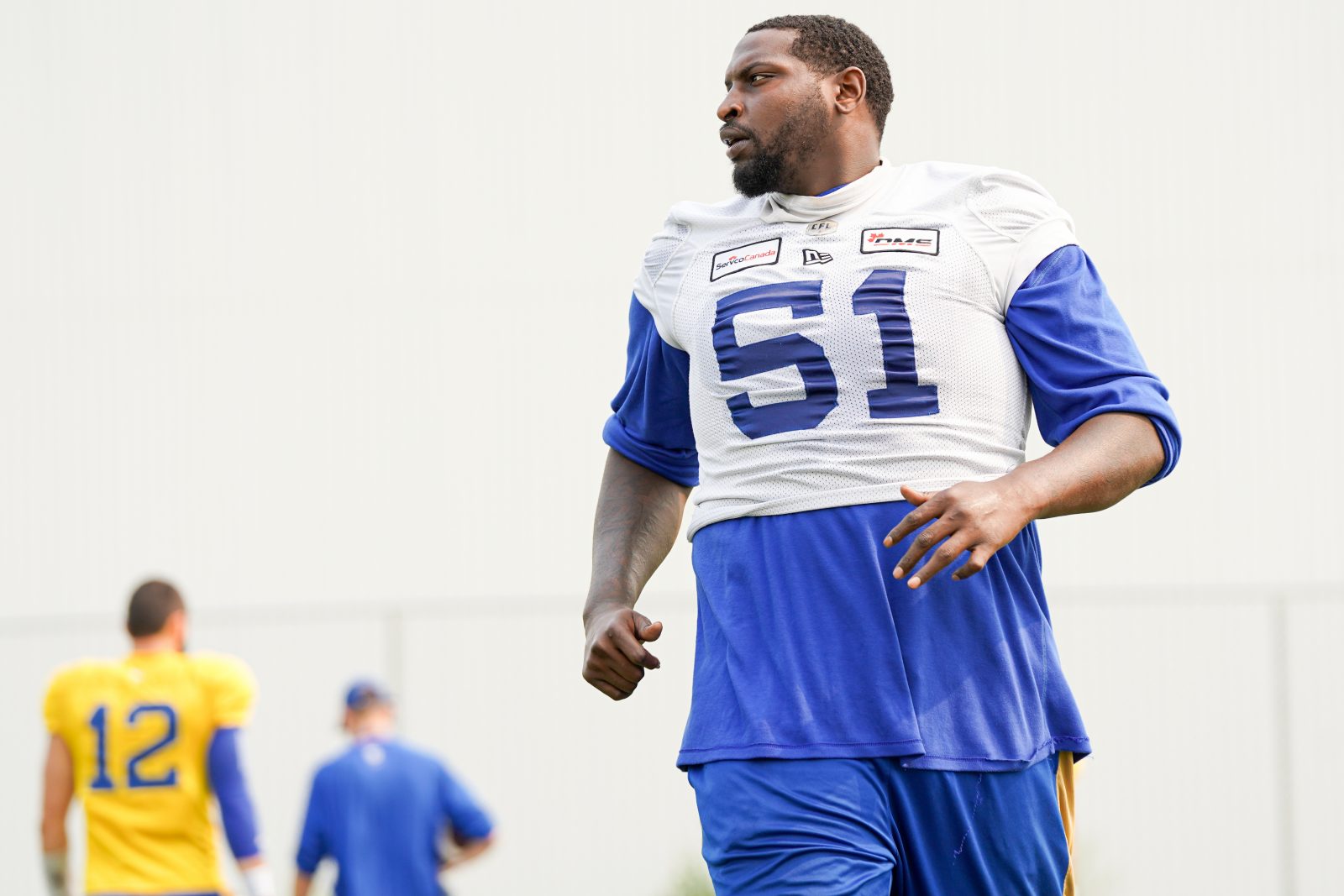 Everyone – including yours truly – has hammered away over the past week on the Bombers horrible record in the Labour Day Classic dating back to 2005, a 1-14 mark that is almost impossible to comprehend.

Also worth noting is despite the Bombers horrible record on Labour Day, they have won the three biggest games at new Mosaic Stadium – the first regular-season opener on Canada Day 2017, and the two playoff games in the building in the 2018 West Semi-Final and the 2019 West Final.

Critical in handling all the buzz about this game – the crowd, the stakes, how momentum can quickly snowball against – is to attempt to zone out the noise, punch the clock and do the work.

“At the end of the day it’s not relying on emotion,” said linebacker Adam Bighill. “You can’t rely on emotion to play this game at a high level and you can’t rely on it especially going into a place like Regina because it’s going to be challenging.

“So, handling the moment is really about the preparation we do this week every day. That’s really your main tool that you take out onto the field with you that you keep using. That’s what should give you confidence and help you play at your highest level all game long.” 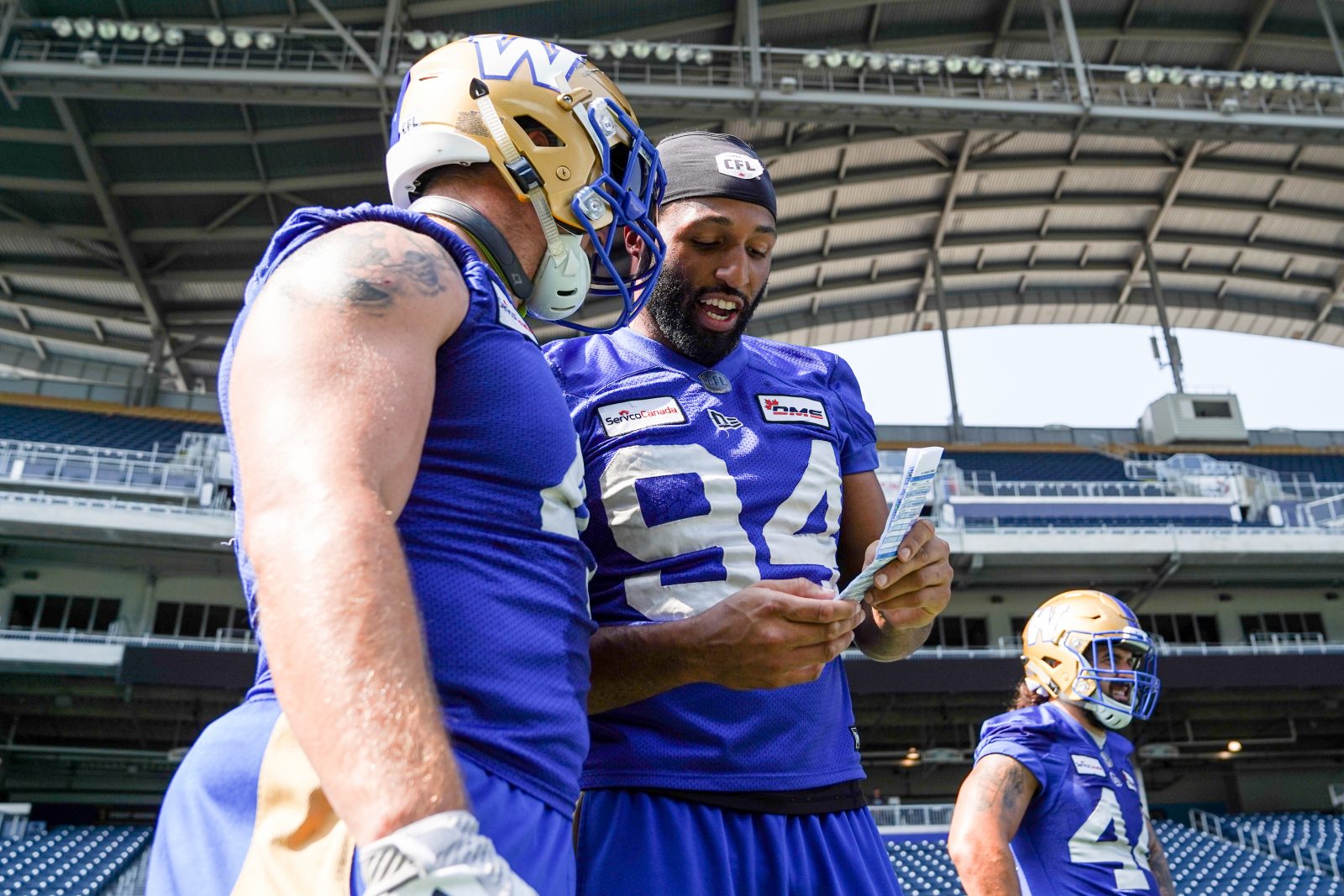 Saskatchewan QB Cody Fajardo has already been tabbed as a front-runner for the CFL’s Most Outstanding Player Award, just three games into this condensed season. He’s thrown for 773 yards and four TDs for the unbeaten Riders and rushed for two more.

The Bombers have spoken this week of how comfortable he looks running new Saskatchewan offensive coordinator Jason Maas’ attack, the evidence of which is most obvious in how quickly the ball comes out of his hands.

“You see Cody getting rid of the ball on time, he can still extend plays with his legs and his athleticism. You see a quarterback who seems very confident in the system he’s in and knows where exactly where to go, basically, every passing play,” said Bombers head coach Mike O’Shea. “In the first three games this year he looks different. I imagine Coach Maas has done a great job. They’ve had some time together now to work together… I know it’s only been a training camp and three games, but the offseason and the year off I’m sure they spent a lot of time figuring it out and getting comfortable with the offence. Jason’s a very good coordinator, good coach. It does look like his offence, for sure.” 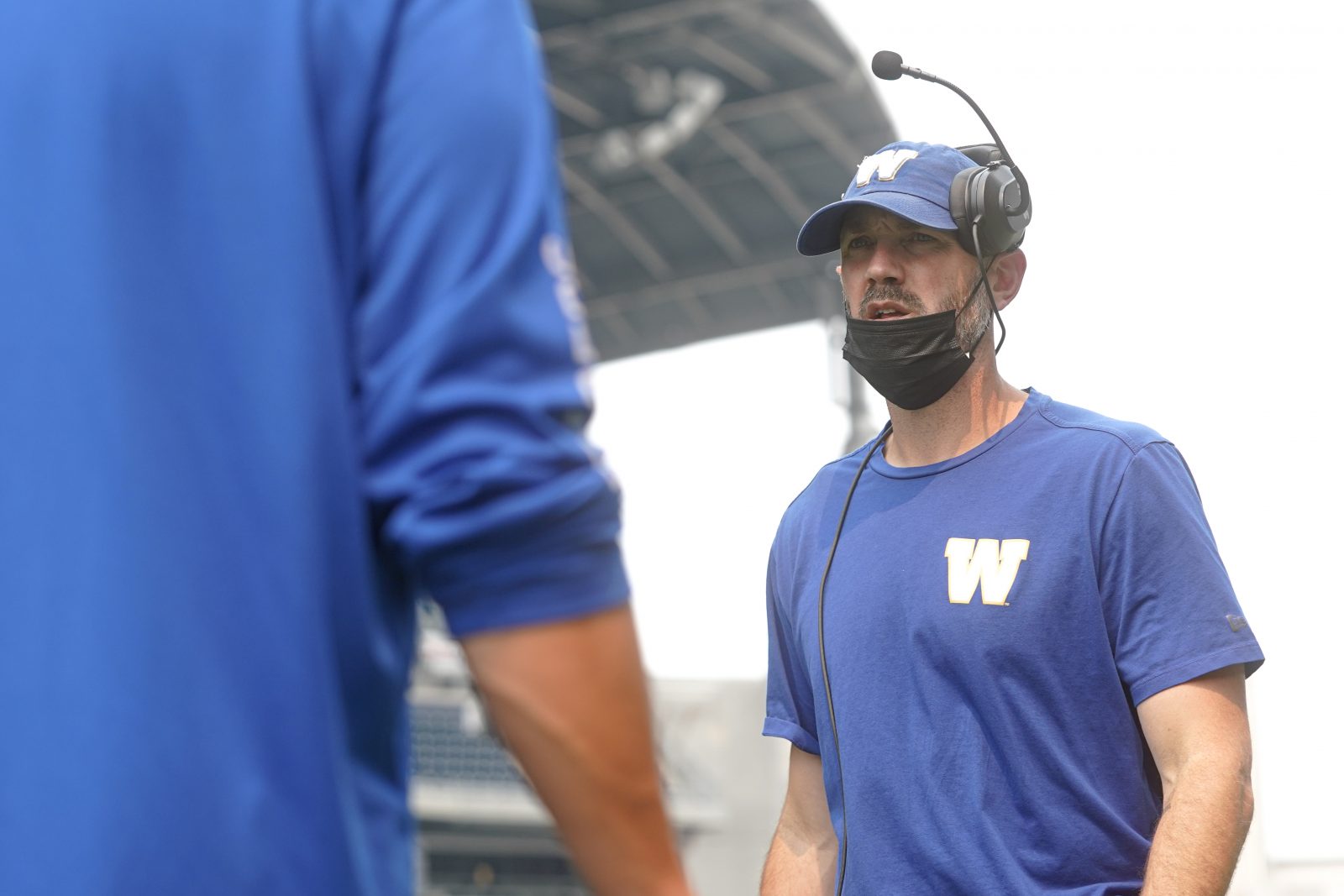 It’s an old football expression, and certainly could be a factor on Sunday.

The Riders lead the CFL with 14 sacks in just three games – Saskatchewan defensive linemen Jonathan Woodard and Garrett Marino are among the league leaders – and they are backed by a veteran secondary. They’ll undoubtedly try to be stout against the run and bring heat on Bombers QB Zach Collaros.

Asked how to combat that earlier this week, Bombers offensive coordinator Buck Pierce offered this:

Pierce, of course, is bang on with that last statement. The Bombers defence, particularly their deep and talented D-line, can bring pressure from all over the field and keep QBs contained.

“Every time we play a quarterback that can move around a little bit that’s our goal,” said defensive end Jackson Jeffcoat, who is also among the league leaders in sacks with three and leads the CFL with four forced fumbles. “We want to make sure we keep them in the pocket or if they try to get out of the pocket, make it a hard throw for them.

“He’s a fast guy, he can run, he’s fast when he gets outside of the pocket so we’ve got to make sure we don’t allow him to make some easy escapes.”

To that end, consider this: in the four games against the Bombers in 2019 – three in the regular season and the West Final – the Bombers were 2-2 vs. Fajardo. And while he had three 300-yard passing games, he also threw two touchdowns against four interceptions and was sacked 15 times.