This is rarefied air for the Winnipeg Blue Bombers. Rarefied, most certainly. And – given the time of year in this most unique of Canadian Football League seasons – it’s also frigid enough to give even a snowman shivers.

Just for the record, CFL divisional finals have been played in our burg before. Of course, it’s worth noting the last one came a decade ago and the two which did take place in this millennium were staged at a stadium that no longer exists. And while Western Finals were common occurrences on the calendar in this town in the 1950s and 60s, the last one actually held here – largely because of the franchise’s move to the East Division for much of the 1990s and 2000s – came 49 years and 17 days ago on November 19, 1972.

Just to put that into perspective, the last time a Western Final was held in Winnipeg, Pierre Trudeau was just 20 days into his second term as Canada’s Prime Minister, the World Hockey Association was five weeks into its inaugural campaign and my buddy Bob Irving – the long-time voice of the Blue Bombers who will call his last game on Sunday – was still spinning Neil Diamond records at CKX Radio Brandon. That’s what will make Sunday’s Western Final against the Saskatchewan Roughriders so special, beyond just the chance to advance to the 108th Grey Cup next week in Hamilton.

This is history in the making for a team that has been so dominant for so long this season. So, once again, layer up and let’s do this. Here are our Western Final 3 Storylines… 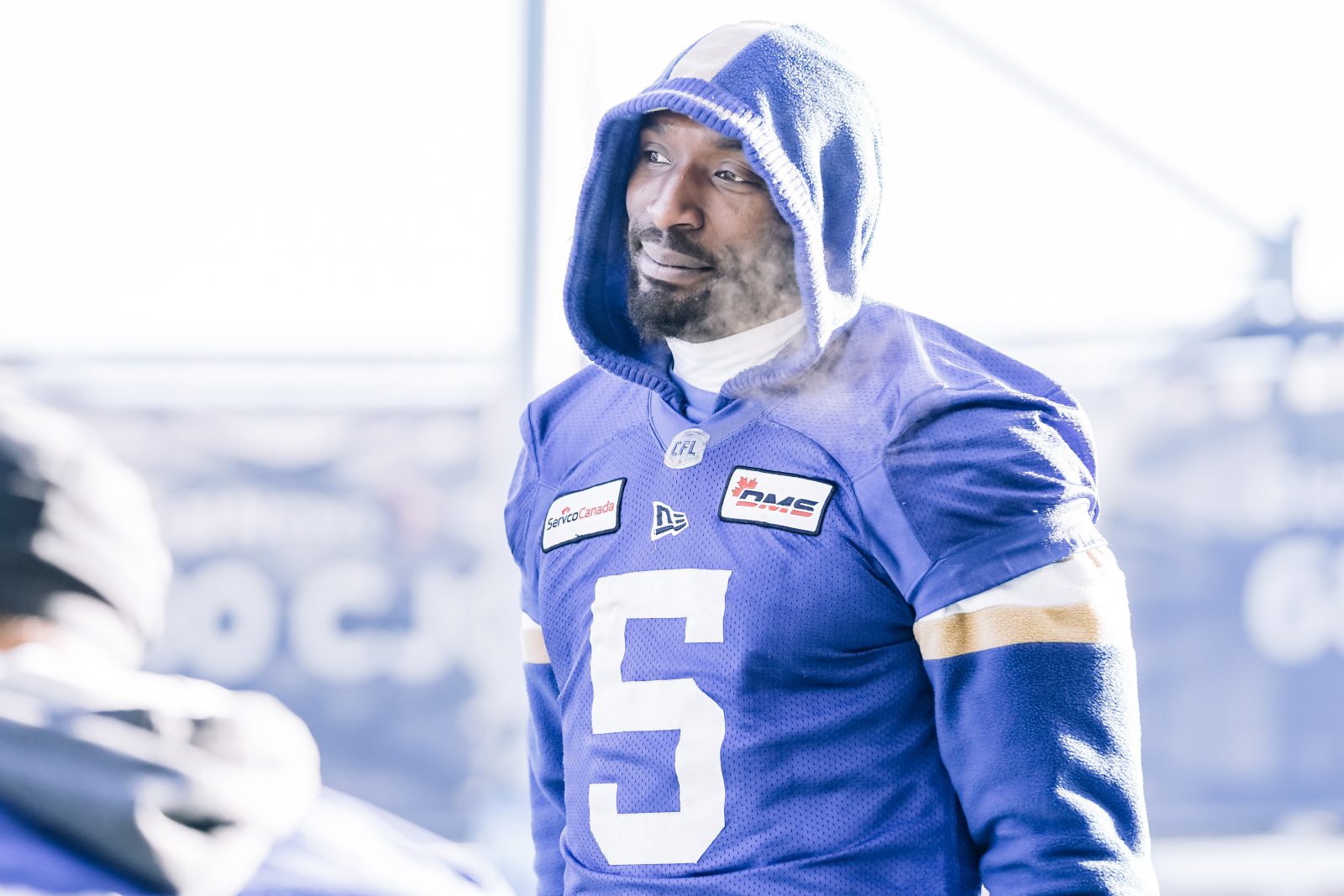 1. A TWO, OR THREE-HEADED RB MONSTER

The availability of Andrew Harris has been THE storyline in Bomberland all week, especially after he returned to the practice field on Wednesday and will remain the main talking point right up until kickoff because the depth chart, posted Saturday morning, lists Harris as the starter but with a ‘GTD – game-time decision’ designation.

That means exactly what it intimates for the future hall of famer – his status won’t be official until the hours before kickoff. The luxury here for the Bombers – as much as potentially not having a game-changer like Harris in the lineup could be viewed that way – is that they have two capable names listed on the depth chart behind him in Brady Oliveira and Johnny Augustine.

All three Bombers running backs had at least one 100-yard rushing game this season – a first for the club since 2008 (Charles Roberts, Fred Reid and Joe Smith) — and the first time that feat has been accomplished by three Canadians. Harris, FYI, finished fifth in the CFL in rushing with 623 yards despite missing half the season, Oliveira finished ninth with 429 yards and Augustine finished 16th with 285 yards. Those three backs combined for 1,337 yards in 14 games.

“It’s pretty special when you look at the running back room that we have here,” said Oliveira. “It’s a Canadian league, right? Having us all be Canadian, whenever our number is called, we go in there and execute. It just says a lot about all the work we put into this game and when we go in there, we just really want to help the team win and help out where we can.

“We’re all very capable and we’ve all showed that. It’s super exciting just to know we have so much depth. Across the board on all positions on this team we have great depth.” 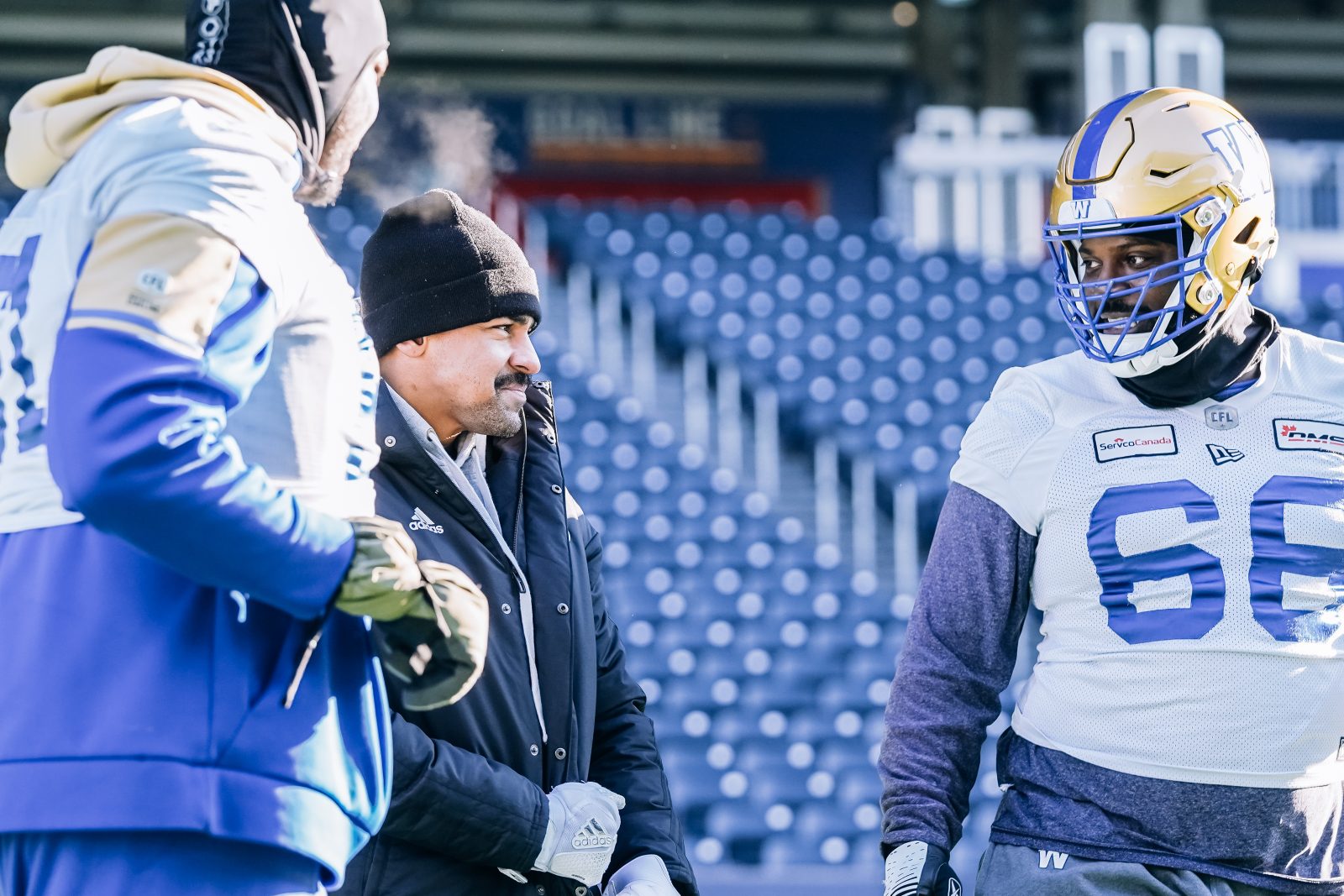 There’s a lot to unwrap when analyzing the Riders starting QB, and especially this season when he had some early season MOP buzz – before running into the Bombers. He’s exceptionally gifted at moving the pocket and gobbling up yardage with his legs – he had 10 carries for 89 yards and a TD in last week’s Western Semi-Final win over Calgary – and finished seventh in the CFL in rushing with 468 yards, four touchdowns and a sparkling average of 6.0 yards per carry.

“You saw it last week. He’s pretty elusive,” said Bombers defensive tackle Jake Thomas of Fajardo. “He likes to run the ball; he likes being physical. He’s the big heartbeat of that offence, so obviously that’s going to be a key for this week, limiting how much he’s able to run.”

Countering that are how his passing skills are now being magnified more than ever. Fajardo threw for 2,970 yards this year – third most in the league behind B.C.’s Michael Reilly (3,283) and Zach Collaros of the Bombers (3,185) with 14 TDs against 11 interceptions. He also threw four more picks in the West Semi-Final.

A deeper dive into his numbers offers this revelation: in short-yardage passing situations Fajardo’s percentages are impressive – he completed 82.2 percent of his passes from 0-9 yards and has the CFL’s highest completion percentage on passes 10-19 yards at 68.0. But he also has just a 20 percent completion percentage on passes 20 yards or more – by far the lowest in the league. By comparison, Zach Collaros is 48.4 percent on those throws, second only to Trevor Harris (49.0).

Let’s build on that last set of stats a bit further… In passes of 20-yards or more Fajardo has two TDs against eight interceptions and has an efficiency rating of just 6.4. By comparison, Collaros has 13 TDs to three picks with a rating of 152.8 over the same distance.

All these numbers make it especially critical for the Bombers to keep Fajardo in the pocket and force the Riders into second-and-long – just as they did in the Labour-Day Classic/Banjo Bowl doubleheader this year when he was limited to 380 yards passing with zero TDs and four picks over the two games, while being sacked seven times and forced out of the Banjo Bowl with a concussion.

Bombers defensive coordinator Richie Hall spoke earlier this week about the need for pass rushers to be conscientious in the rush lanes, while making sure defensive backs and linebackers don’t turn their backs in man situations so they might be able to help in run support.

“He does make plays. I was looking at our tape from the last time we played them in the Western Final (in 2019) and he had a big run for about 40 yards,” said Hall. “It’s those kinds of plays, ‘explosion’ plays, that he’s been able to extend plays and be very effective for their offence.” 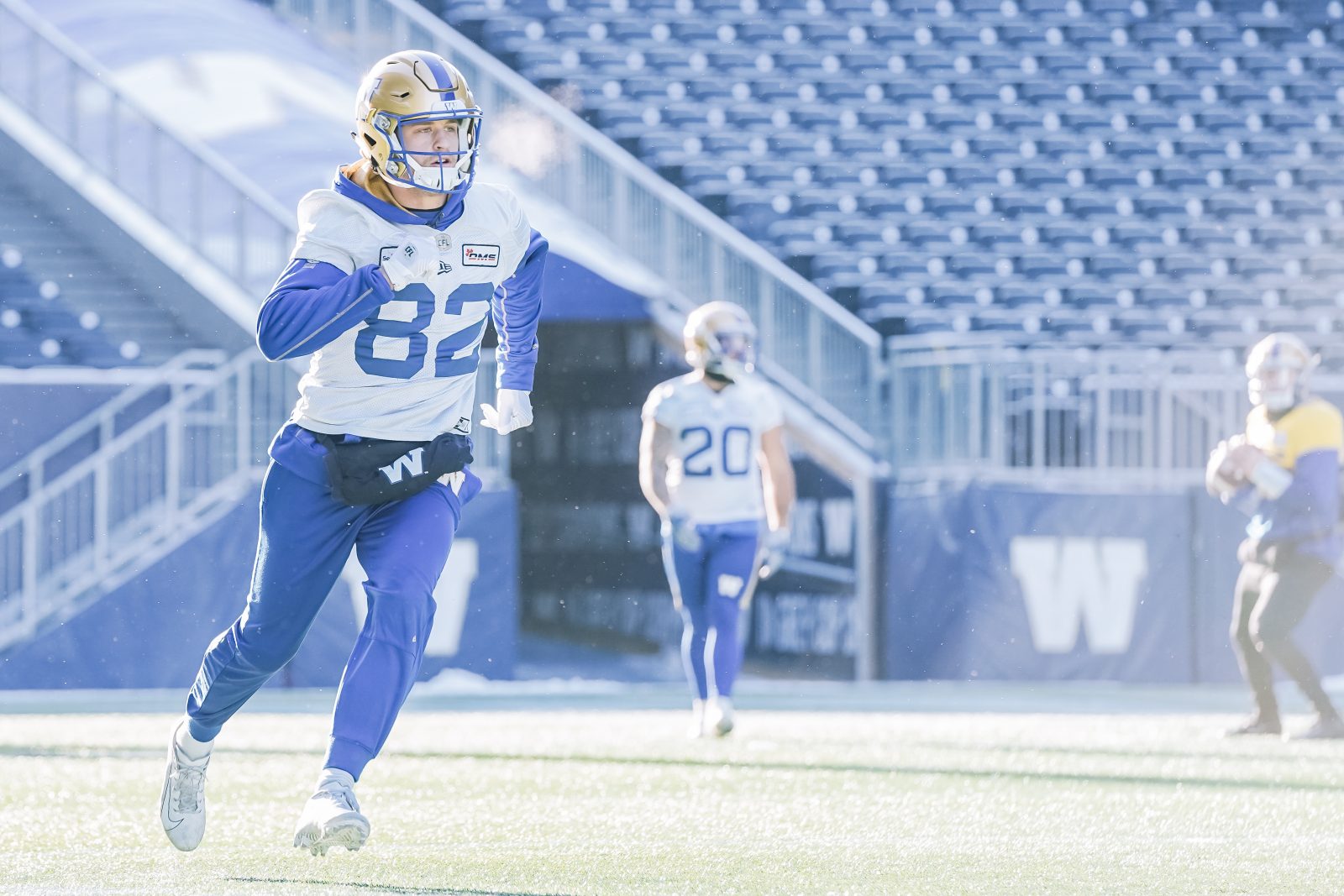 A name to remember on the eve of a rematch of the 2019 Western Final: Shayne Gauthier.

We tend to fixate often on the stars at the skill positions in the biggest games – the quarterbacks, running backs, receivers, guys that get after the passer and those that steal passes. Yet, rewind to the ’19 Western Final and it was Gauthier — a reserve linebacker who has had a ton of defensive snaps this year – who was at the centre of one of the most-critical moments in the Bombers win by tracking down Nick Marshall on a trick-play punt return that would have led to a Rider TD and changed the game.

We brought that moment up with Coach O’Shea earlier this week in discussing the importance of special teams and how any player can be a hero.

“Yeah… a saviour,” said O’Shea. “(That play) has been shown this week as a part of a special-teams meeting but it was more or less the phase we were on. But it is an excellent play. It gets shown, for sure.

“It should get shown for a long time because it’s a guy refusing to say the play’s over or refusing to say he’s beat. Great awareness. Came a long way. Ran faster than most people would think he could run – not his teammates – but on the outside world looking in who would say he ran faster than they think he should. He made a great play.”

The Riders have a dangerous return man in Jamal Morrow, who had a 69-yard punt-return score in the Western Semi-Final win over Calgary and had a 124-yard missed field-goal return for a TD called back by penalty. He averaged 14.4 yards per punt return against the Bombers this year and 18.9 yards in kickoff returns.

“Every returner in the league is dangerous,” said Bombers punter Marc Liegghio. “We have Janarion (Grant) and he’s fast as lightning. It’s putting the ball where you need to put the ball to give my coverage team the best way to cover in the best way possible and just do my job that way.”