They took the first punch, smack dab right in the ol’ mug. The Winnipeg Blue Bombers didn’t exactly begin their defence of their 2019 Grey Cup championship with a bang, giving up a touchdown to the Hamilton Tiger-Cats on their Eastern rival’s first possession.

And then the Bombers did what all good champs do by shaking off the straight jab and countering with a series of roundhouses and uppercuts in a decisive 19-6 win that should have reminded everyone across the Canadian Football League that the championship belt won’t be surrendered without an all-out battle royale.

And now that all the pomp and circumstance of the return of the CFL is fading in the rearview mirror, the Bombers can settle in for a series of bouts in the condensed schedule leading up to the playoffs in late November/early December. That next fight goes Friday night as the Toronto Argonauts, 1-0 after a solid win over the Stampeders in Calgary last week, pay a visit.

With all that serving as a backdrop, here are three storylines to track…

Let’s toss out a series of numbers here to begin our discussion: six, 12, 13, 14 – that’s the total points surrendered by the Bombers in each of their last four wins: last week’s 19-6 win, the 33-12 victory over the Ticats in the 2019 Grey Cup preceded by a 20-13 decision over Saskatchewan in the West Final and a 33-14 victory over Calgary in the West Semi-Final.

In a league known for its scoring, those are some low, low numbers.

“It feels great because it’s what we’re out here to do,” said middle linebacker Adam Bighill. “Our job is to limit points and give our offence more opportunities and help control field position. For us, we talk about (giving up) zeroes, ones or threes. We don’t like giving up touchdowns.

“We have really high expectations. We have a great group of guys. We have good, good coaches who put us in great positions and teach us really well. And we just buy in. We come out here to work every single day and just try to get better every single practice. That’s what you see on game day. You talk about the last four games we’ve played, it’s just a culmination of putting in the work, getting better and cleaning up mistakes that were there before and every day getting one play better.

“It’s got to be from the front end to the back end. We’re getting a great rush and you have great coverage and we’re just putting it together. It’s something we’ve got to be consistent with.” 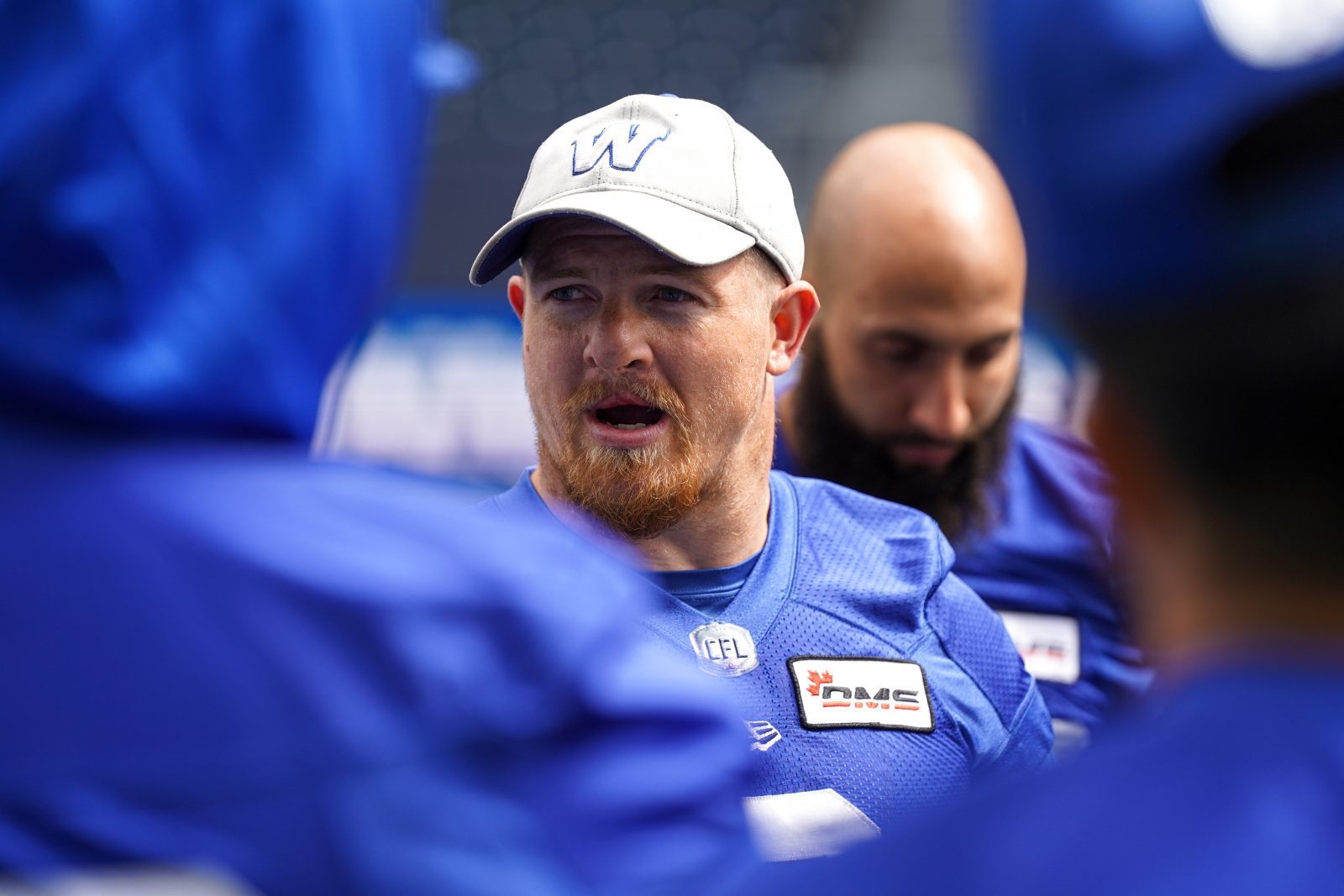 2. KEEP THE HAMMER DOWN

It’s been eons since these two clubs last met – a 28-27 Argo victory in Toronto back on August 1, 2019 – and that loss has nonetheless still left some mental scar tissue. In that contest, the Bombers surrendered a 20-point lead as Argos QB McLeod Bethel-Thompson rallied the troops with a TD pass to S.J. Green with 10 seconds remaining and current Winnipeg kicker Tyler Crapigna hitting the game-winning convert.

Bethel-Thompson’s numbers against the Bombers are both jaw-dropping and a bit deceiving: In his two starts versus Winnipeg in 2019, he threw for 343 and 388 yards with six touchdowns against two interceptions. In the first game he padded his stats after the Bombers carried a 37-6 lead into halftime, but in the second – the dramatic rally – Bethel-Thompson completed 27 of 33 passes for 274 yards and two TDs AFTER the Bombers went up 20-0.

The message here is not to sleep on this guy because he is a battler.

“We talked about it the other day when we started game-planning,” said Bombers defensive coordinator Richie Hall. “He had success in the last half – the fourth quarter – against us (in the first meeting). We’d been able to contain him for the first 3 ½ quarters and for whatever reason, we haven’t been able to finish or close out. They beat us in the comeback game in Toronto and they also scored a couple late touchdowns to make the game seem somewhat respectable. 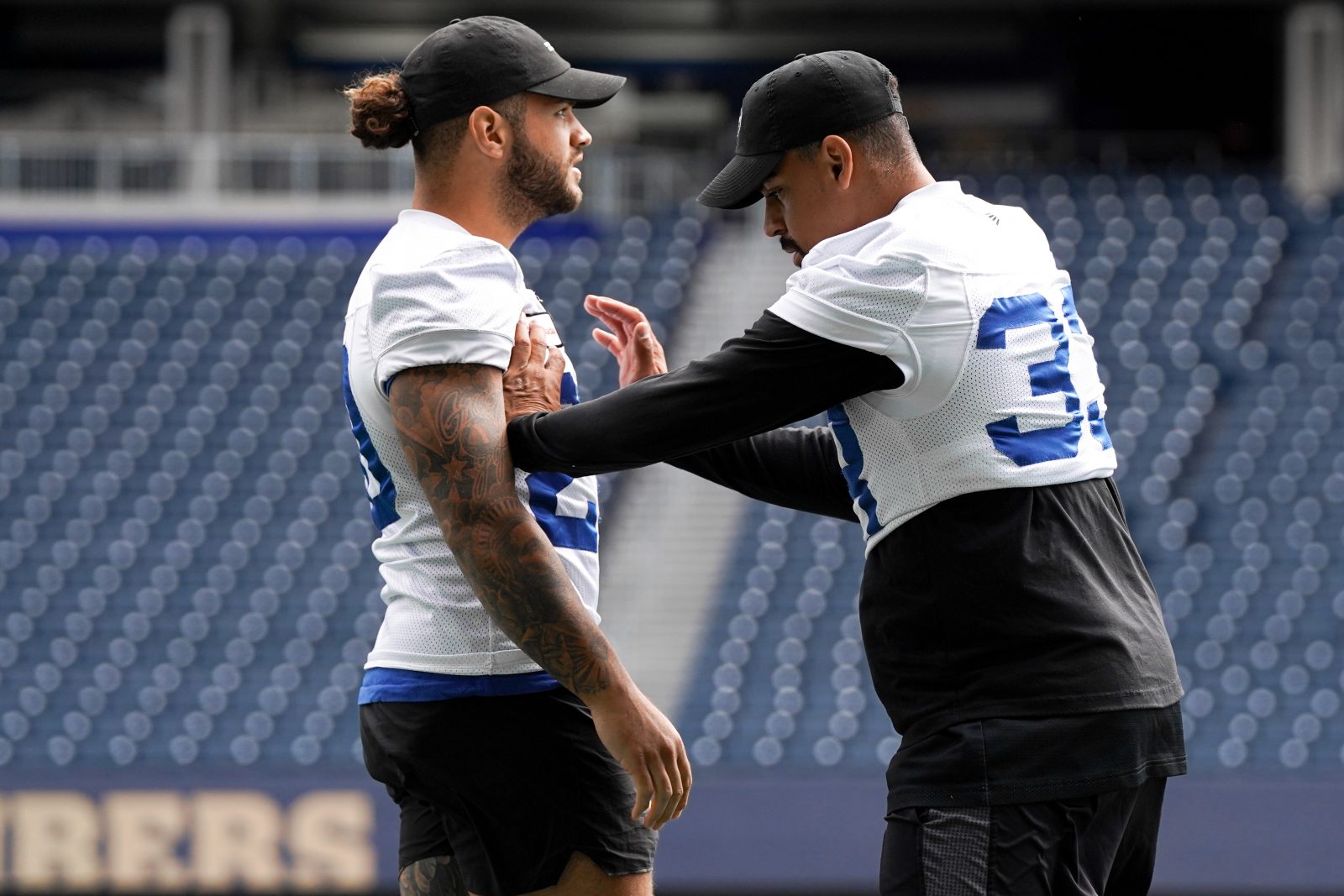 Brady Oliveira’s opening act as a starter in the CFL was a spectacular one, as the Winnipeg product – replacing Winnipeg legend Andrew Harris – rushed for 126 yards on 22 carries and in the process was named one of the league’s Top Performers for Week 1.

“It was just my first game. I’ve still got so much more to do in the CFL and so much more that I want to show everyone and show myself that I belong here,” said Oliveira earlier this week.

“Regardless of who I’m playing against, every week I’m hungry. I’ll go against anyone, I don’t care who it is. I’m just grateful for another opportunity to line up against an opponent and play football. Obviously there are great guys on that Toronto defence – every team we go against there’s going to be great players on the other side of the ball and you’ve got to give them credit. But at the end of the day we’re going to line up and we’re going to play football so I’m excited for another opportunity to go out there with my brothers and go out there and get a win.”